By Lindsey ZimmermannMay 24, 2011Events, Featured Articles, Get Your Rear in Gear, Grants, Why I Get My Rear in Gear 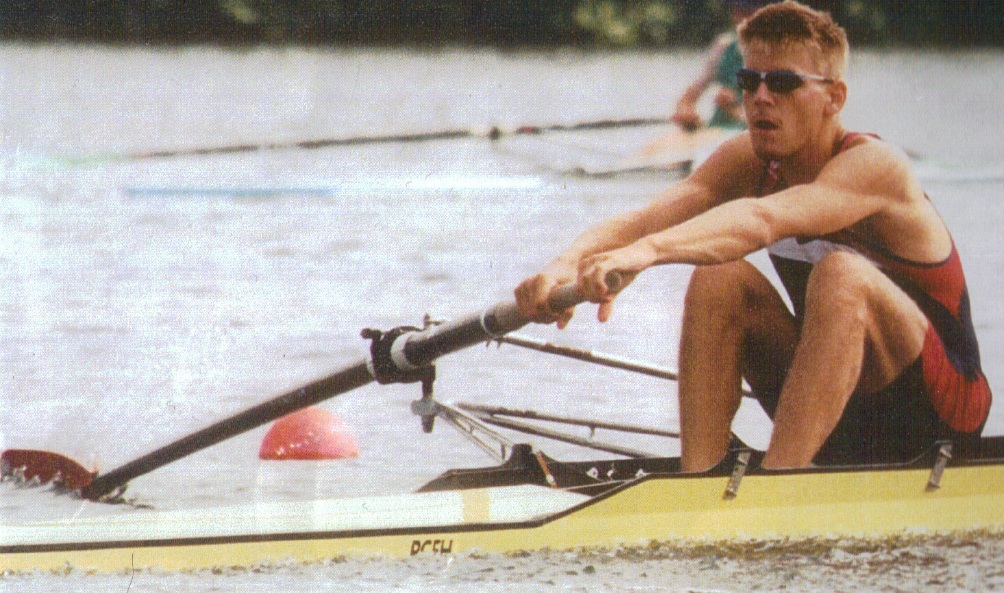 Strides for Life Colon Cancer Foundation was founded in 2004 following the death of Dylan Cappel.  Dylan was born on October 18, 1970 in Fontana, California to mother Barbara, and father Lawrence. Dylan was proud to be a twin and also an older brother. He had a twin sister Marissa and a younger sister of two years Jena Rose.  Dylan led a life consumed with sensitivity and compassion for the world around him.  He possessed a special ability to touch and positively influence all who came in contact with him.

Dylan was a graduate of St. Dunstan’s School in Millbrae, Ca. In 1992 he entered Junipero Serra High School and was a four year varsity letter winner in cross country, track and crew and particularly enjoyed writing his “Man of the People” column for the school newspaper.  After graduating from Serra in 1996 Dylan was recruited to row for the University of Wisconsin at Madison.  At Wisconsin he had an exemplary career including three years in the Varsity 8 and a silver medal at the National Championships in 1997.  Dylan was a member of the United States National Team at the Nations Cup World Championships in 1999.  In 2000 he was voted the Norm Sonju Award given annually to the rower who most clearly demonstrated the leadership ideals and performance standard of the Wisconsin oarsman.  The award is Wisconsin’s highest honor.

Dylan graduated from Wisconsin in 2000 with degrees in English and History and a minor in African Literature.  The course of study epitomized his love of the written word and the relationship of words to the world.  It also helped shape and influence his deep knowledge of literature.

After graduation Dylan was named Assistant Freshman Rowing Coach at the University of Wisconsin where he gained skills and understanding of the sport he so loved.  In September 2001 he was promoted to Assistant Varsity Rowing Coach.  Dylan’s list of athletic accomplishments is lengthy. It was his spirit and soul that formed his persona.  He possessed a genuine sense of kindness and goodness that infected everyone who came in contact with him.  He was everyone’s best friend.  While many people considered him to be special he was always unassuming and preferred to remain out of the spotlight because “what he was doing he was supposed to be doing.”

In July 2001 Dylan was told that he had colon cancer and his chance of long-term survival was small.  Dylan never once complained or asked for pity.  He continued to fight the disease fervently holding that he would somehow overcome its debilitating effects.  He continued working, continued to develop further his love of movies, music, good and bad restaurants and continued to approach life with a zeal and zest that only he could muster. In the time that followed, he continued to give love and hope to his family and friends.  Dylan died peacefully on January 23, 2002 six months after his initial diagnosis. Dylan was 23 when he died.

Strides for Life Colon Cancer Foundation was then founded in 2004 as his parents were frustrated with the lack of information and awareness about colorectal cancer.  Barbara and Larry together with their wonderful friends and family wanted to make sure that everyone who should be screened for colon cancer got screened.  As a significant part of our mission is to save lives through prevention and early detection of colon cancer, Strides for Life has funded over 100 colonoscopies.

Music to Get You In Gear

Music to Get You In Gear