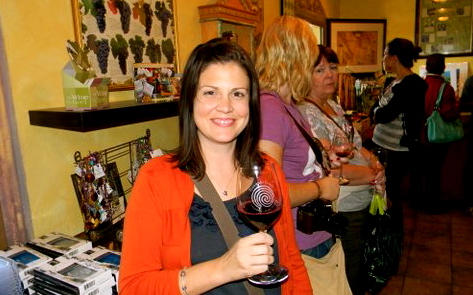 In February of 2008, after returning from a trip to the Dominican Republic, I went to the doctor complaining of constipation. I was told it was probably just the change of diet on the trip and was advised to use laxatives. The doctor took a chest x-ray, importantly; it did not show any lung nodules. Kim and her husband.

I knew the importance of early detection and would often encourage others to see their doctor and request a colonoscopy even though they hadn’t reached the magic age of 50. I did everything I was supposed to do; I sought medical attention when the symptoms first appeared.

In March, I returned to the doctor complaining of ongoing problems with constipation and blood in my stool. The doctor who was on call did a rectal examination and told me I had hemorrhoids. When I mentioned my father had been diagnosed with colon cancer and that my general practitioner was recommending I have my first colonoscopy, his response was that it was only hemorrhoids. He advised me to continue taking  laxatives.

That summer I followed the doctor’s advice. During that time I also noticed that I was more tired than usual, but did not think it was unusual enough to seek medical treatment. In September, after working long hours at the Republican Convention and then immediately starting a “part-time” job where they scheduled me to work more than 40 hours some weeks, it was no surprise when I developed a cold and a cough.

I went to the doctor, who took a chest x-ray to determine if I had pneumonia. I was told my lungs were clear and was given some antibiotics and cough medicine. Kim with her husband and some friends at a University of Minnesota Gophers football game.

Early the following day the doctor’s office called at to ask whether I would be available for a CT scan that afternoon because the radiologist had noticed some nodules on both lungs. I again received a call the next morning asking me to come into the doctor’s office. During the meeting with the doctor, I was told that in addition to the lung nodules, the scan indicated there was a lump in my breast.

The doctors’ first inclination was to biopsy the lung nodules, but after seeing the mass in my breast, there was a fear that I had breast cancer that had spread to my lungs. A mammogram and biopsy was scheduled for the following Monday.

There is good news; the lump was benign. The doctors had been so positive that I had breast cancer that had spread to my lungs. They then decided that they had to learn whether the small nodules on my lungs were, in fact, malignant. A needle biopsy was performed on one of the nodules on the lungs and it came back negative.

Over a week later, I saw a lung specialist. His first words were, “I looked at the CT scan and the nodules look malignant.” He then indicated that the needle biopsy had been no good because they did not get any cells from the tumor. The needle went right through the tumor and took cells from the other side. He suggested, and I agreed, that he remove one of the small tumors on my lungs to see if it was malignant. He also indicated that I might have picked up a fungal infection when I was in the Dominican Republic. Kim and a friend on vacation.

He then asked if I had visited northern Wisconsin recently, whether I hiked through the woods or walked through a field. I responded that I had, and was advised that people have been getting a fungal infection that causes tumors on their lungs after visiting northern Wisconsin. This sounded like the most logical explanation.

November 2008, I had the lung surgery at North Memorial Hospital. It was then that I learned that the nodules on my lungs were malignant. The doctor said the cancer had spread to my lungs from another source. He said this type of cancer typically spreads from the breast, colon, thyroid, or prostate. Two of the four were immediately eliminated.

I spent the night in the hospital and met the oncologist assigned to my case the next day. The oncologist indicated that they had examined the cells from the tumor and determined that the cancer had spread to my lungs from my colon. I had gone home in extreme pain. Kim and her husband on vacation in Italy.

A few days later a colonoscopy was performed and revealed an 8cm tumor. I met with the oncologist and was given the final diagnosis. It was hard to believe that I was diagnosed with stage IV colon cancer at the age of 35.

The doctor told me that there was no time to remove the tumor.  They intended to hit it hard with chemo. I would receive chemo every two weeks for the next four to six months and she anticipated that the chemo would take care of the tumors on the lungs and the tumor would shrink, radiation was also needed. Then it could be removed at a future date.

After 12 rounds of chemo and then radiation with chemotherapy they removed part of my colon, lobe of my right lung, 2 resections of the right lung and ileostomy. After surgery I started chemo again, after 6 more rounds I had a scan, which showed another tumor in the left lung. This seemed to go on for the next two years with chemo and then another lung resection. After the chemo stopped working they started taking out the tumors on my lungs as they showed up. I continued on Avastin for a few months then they stopped Avastin. Then a miracle happened, the tumors stopped and I have been NED for 2 years. Kim and her father.

As I mentioned, at the age of 46 my father was diagnosed when he first started experiencing backaches. He was fortunate to have a doctor after ruling everything out and suggested a colonoscopy.

He had stage II colon cancer and had surgery shortly after his diagnoses. He has always followed his doctors suggestions on follow up colonoscopies every year until 2 years ago. At the age of 75 and 29 years cancer free his doctor decided he no longer needed his 5-year colonoscopy.

A year later he was having all the symptoms and the doctor finally agreed to perform a colonoscopy. They found a large tumor that had been growing for at least 3 years. After seeing an oncologist, they also found 2 lymph nodes in his lungs that were suspect; he was stage IIB.

They decided to remove the tumor in his colon and leave the lymph nodes alone for the time being. He had the surgery and he now has scans every 3 months to keep an eye on everything. He was not a candidate for chemo because of his age and other medical issues he has now. He has always been my biggest supporter and has even joined me at the Get Your Rear in Gear race. He plans on being there this year in Minneapolis!

Living with colon cancer has changed everything and nothing at the same time. I have made friends, my chemo buddies, and lost friends to this disease. In the end it has made me live and love more than I could have realized.

When I was first diagnosed with cancer and heard about Get Your Rear in Gear I was excited to get involved with this organization. I could not believe the lifeline it would turn out to be, the friendship forged with other survivors they will never be forgotten. The people in this organization and the survivors gave me hope to believe that we are not alone in this fight, that we can beat this disease with early detection and education. Kim enjoying some rock climbing on a beautiful day.

I do realize that I am lucky to be a cancer survivor and a warrior against colon cancer. I try to give back as much as possible by volunteering and talking to others recently diagnosed with colon cancer. I want people to know that there is life to live not only during treatment, but also after treatment.  It is possible to live a full life even after a cancer diagnosis.

Get Your Rear in Gear is a way to educate and get the word out to people that colon cancer is preventable and that you should be screened. Early detection is the key to this disease. Take charge, ask questions, be aware be the best advocate for your health and those around you.

Kim is the honorary chair for the 2014 Get Your Rear in Gear – Twin Cities. She is a longtime supporter of the organization and is working closely with our staff planning the 2014 Survivor/Caregiver Dinner. 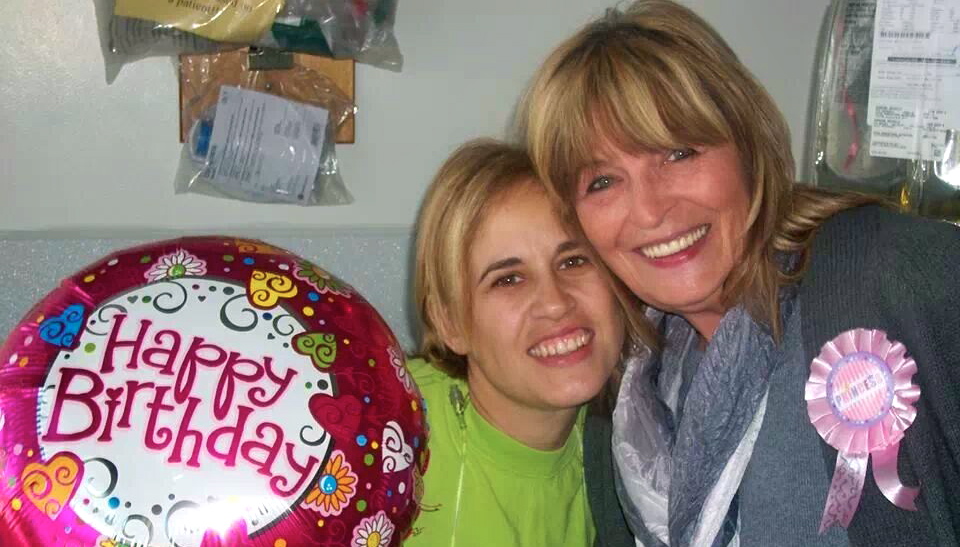