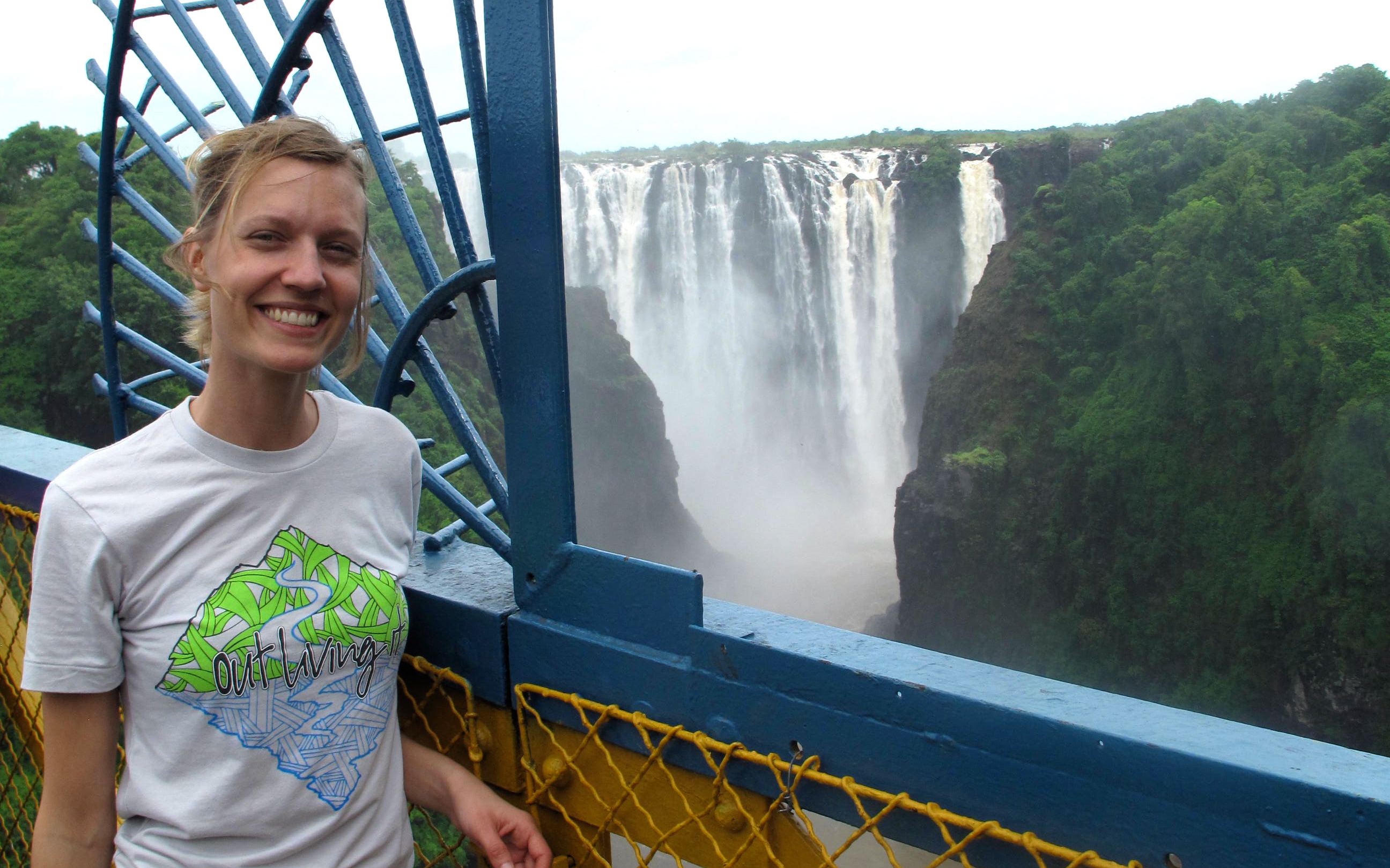 Cancer has had a major impact on my life since 1991, when my aunt was first diagnosed with breast cancer. After two recurrences, she passed away in 2003; I lost a second aunt, this time to lung cancer, in April 2011, a month after I was diagnosed with Stage III colon cancer. Rachel with her parents, brother sisters and cousin Christmas 2013.

I had started experiencing sporadic abdominal pain in January 2011; by the time I went to the ER on Monday, March 7, this pain was so severe that I could barely move. It had been days since I had eaten or been able to sleep for more than about an hour at a time.

I had finally seen a GI doctor the previous week. He ordered blood work and an endoscopy; since everything was normal, he prescribed an acid blocker in case my pain was caused by reflux, and told me that if things didn’t improve, I’d need a CT scan.

My memory of the next few days, spent in excruciating pain, is a blur. On Sunday I finally called the hospital and spoke with the on-call GI fellow – I had never been to an emergency room before and wasn’t sure how to know whether I was sick enough to go in. I now know that she should have asked me to rate my pain, 1-10 – but she was no help. Frustrated, I decided to call my doctor first thing in the morning to schedule another appointment. He called back with clear instructions: go to the ER for a CT scan.

After several hours, I learned that the scan showed a large bowel obstruction and that I was going to be admitted. At that point, I was so grateful to have an explanation for my pain that I was much more relieved than scared. Rachel and a few friends in Isla Mujeres, Mexico, October 2013.

This obstruction became a tumor the next day, after a colonoscopy showed that it was likely cancer. Surgery was scheduled to remove a portion of my colon; several days later, the pathology report confirmed that the tumor and six lymph nodes were malignant.

I spent nearly two weeks in the hospital. Once released, I met my oncologist, who prescribed six months of FOLFOX chemotherapy. I began treatment on May 5, 2011, after preserving my fertility by having eggs frozen.

A clear scan after I finished chemo in early November showed that my cancer was in remission. I would remain under surveillance, with scans every three months and annual colonoscopies.

Six months later, a CT scan showed nodules in my abdomen and enlarged ovaries full of suspicious masses. Even if the ovaries were benign, they had to come out. I went in to my second surgery on June 5, 2012; when I woke up, I learned that they’d removed my appendix, my grapefruit-sized ovaries, and a portion of my omentum containing most of the nodules (but left behind the remaining omentum with a few additional spots the size of grains of sand). Pathology confirmed that the tumors were metastases – I was now Stage IV. Rachel with her mother, older sister and new nephew.

I began FOLFIRI and Avastin chemotherapy seven weeks later, this time, indefinitely. In the meantime, my oncologist had spoken with a surgeon who thought I was an ideal candidate for HIPEC, major surgery in which a large incision is opened, all visible cancer is removed, and heated chemotherapy is applied directly to the abdominal cavity. I changed treatment to Erbitux, a targeted therapy which can be given much closer to a surgery date than other chemo drugs, then met with the surgeon and scheduled the procedure for October 16, 2012.

When I awoke from surgery, I was told that more cancer had been found than expected. A growth on my liver, another on my small intestine, the rest of the omentum, a couple of big pieces of the peritoneum, and a tiny but suspicious-looking nodule in the peritoneum had all been removed. When the pathology report came back, however, I got some good news for once: only the omentum and the tiny peritoneal nodule were malignant.

I resumed treatment in January 2013: 5FU, Avastin, and Erbitux. After a couple of clear scans, we removed Erbitux from the regimen. As of February 2014, I continue biweekly 5FU and Avastin infusions, but am hoping that scans will stay clear and that one day I will be able to stop treatment. Rachel on the beach in Trinidad, February 2013

A cancer diagnosis is devastating news, and while my life has changed irreversibly, it’s shocking how little of an outward/apparent impact it’s had. Something important I learned after my initial treatment is that I don’t have to let cancer rule my life – I can still work, still travel, still see friends. Nonetheless, one of the hardest things to get used to was reconciling the knowledge that things would never be the same for me with the realization that other people would never understand that fact.

Editor’s note: We are saddened that Rachel Yingling passed away June 11, 2015. She is missed by many.