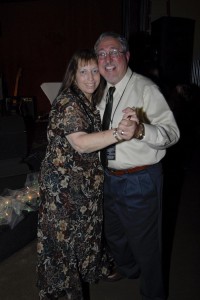 Barbara Levinson Townsend was born in Houston, Texas on October 22, 1948, to Goldie Wald and Sidney Levinson. She grew up with her three siblings, Bobby, Michael and Kay. Barbara graduated from Beaumont High School in June 1967 and then moved to Austin to attend the University of Texas. At UT she received a B.A. in Education in 1971. In 1970, while attending university, she met and married Lewis Thompson and together they had two children. Their daughter, Miriam Heather, was born in 1975 and their son, David Lewis, was born in 1977. Her first teaching jobs after college were with the Bastrop and Leander school districts.

In 1982, Barbara married Jeff Townsend. Jeff and she met at a teacher conference the summer of 1981. They lived, happily, in Austin and then Round Rock, teaching, sailing, traveling and spending quality time together. While teaching and raising a family, she received her Master’s Degree in Adult Education in 1988 from UT. She will be best remembered as Mrs. T, a seventh and eighth grade math teacher at Grisham Middle School for over 25 years, retiring in 2000. If you went to Grisham then you definitely knew Mrs. Townsend. She was famous for the math carnival each year as well as simply being able to know how to handle a room full of seventh and eighth graders (no easy task).

While she taught pre-teens during the day, she taught adults in the evenings at the Austin Community College. She inspired many of her students to return to education after several years away. Barbara had a love of teaching adult basic math skills and algebra. She wanted everyone to know that they could learn math and that it should not be scary. The last eight years of her life were spent in Blue Springs, Missouri. There she finished her PhD work receiving her Doctor of Research degree in November 2003. She continued to teach and learn even after she was diagnosed with stage 4 colon cancer in November 2006.

She was always strong in her faith and inspired many throughout her courageous battle with colon cancer. She will always be in our hearts.