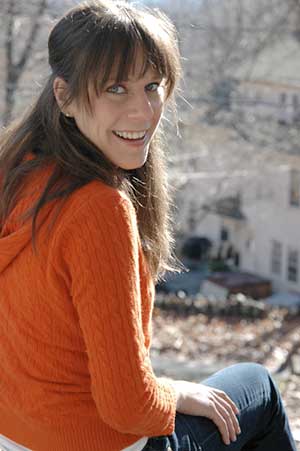 Live. The single word sign hung visibly in Amy Covey’s home where she and anyone who visited would easily see. Such a simple four letter word, but for Amy it embodied her whole being – not just in her fight with colon cancer, but in the purpose of life itself. Make the most of every minute, every relationship, every opportunity for enjoyment, every chance to help someone, every… – well, you get the picture. “Live” to Amy didn’t just mean survive – it meant to embrace life in all its joy, glory, and pain, regardless of her personal circumstances. Amy’s zeal to “live” preceded her colon cancer diagnosis, but it became even more pronounced afterwards.

Amy grew up in Houston, Texas, graduating Clear Lake High School in 1994. A volleyball scholarship took her to Tulane University with graduation in 1998. For the next nine years, she lived and worked in New York City, along the way earning a Masters degree in Education from St Johns University. Amy was always searching for work that she enjoyed and could support her living in the City – an elusive combination!

In April 2006, after emergency colon surgery, she was diagnosed as Stage 3c colon cancer. For Amy, her family, and friends, the world stopped spinning. After six months of Sloan-Kettering guided chemo regimen – 5FU, Leucovorin, and Oxaliplatin – Amy had one month before her first post treatment PET scan showed metatases in remote lymph nodes in her neck and abdomen. The dreaded Stage 4.

As long as any of us can remember, Amy loved photography. She had a great “eye” and worked hard to create wonderful images. Her dream was to make photography her life’s work. During her initial treatment for colon cancer, she made the decision to leave New York and pursue a degree in photography at the Brooks Institute in Santa Barbara. The early reoccurrence and need to return quickly to treatment did not deter her plan, and in February 2007, she began classes at Brooks as well as bi-weekly chemo that included Irinotecan and Avastin. We never heard a complaint about having to keep up with her classwork amid the chemo effects – she was exactly where she wanted to be doing what she had always wanted to do. 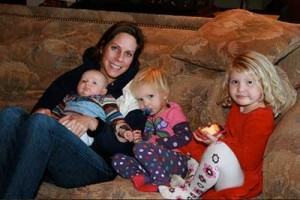 Amy with her nieces

Amy responded exceptionally well to the new treatment and by early 2008 appeared to be clear of any active metastases. 2008 was a wonderful year of hope, apparent remission, and flat out fun for Amy. Armed with her lifelong friends and new ones in Santa Barbara, Amy “lived” like there was no tomorrow. Her photography skills blossomed and she became a true artist. Brooks recognized her as their “Outstanding First Year Student”. A year’s worth of planning culminated in a trip to Burning Man 2008 (a trip she thought everyone should make). Unfortunately, CEA levels begin to creep up in the Fall.

In January 2009, scans showed that her colon cancer had returned with a vengeance with widespread metastases. Surgery in early February began a rapid decline from which Amy never recovered – colon cancer metastases in her lower spine and its associated debilitating pain overcame her spirit and health and precluded her from resuming chemo or entering into a clinical trial. Even with the debilitating pain, Amy made a trip to Houston to seek treatment through an MD Anderson clinical trial. Unfortunately, her health had deteriorated too much for that treatment. After being advised to seek hospice help, Amy elected to make one more painful and tearful trip from Houston to Colorado Springs where she lived her last three weeks at the home of her parents.

“CoveyLove” – Amy’s Facebook alias, her “handle”, her persona, and perhaps her legacy. Amy “lived” and “loved” unconditionally. No one was dearer to her than her three nieces – Hannah, Maggie, and Isla. She was their “Crazy Aunt Amy” who always let them play with her iPhone and the apps that she downloaded specifically for them, who played with them like a big sister, and who cherished them as her number one photo subjects.