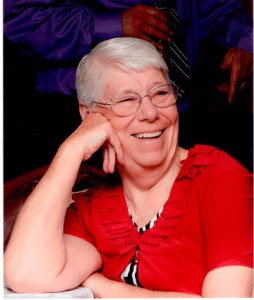 My grandmother was one of the strongest people I knew. She was diagnosed with colon/rectal cancer on September 17, 2012, the day before her great grandson’s birthday.

After being diagnosed she didn’t want to waste anytime getting her treatment started. We met with the surgeon to find out all of our options and in the end the only option she had was doing chemo and radiation and then possibly surgery, but even the surgery was questionable.

She started her chemo on Columbus Day of 2012 and was only able to get a couple sessions in because she ended up getting so weak that she fell getting out of the shower and broke her hip. Since she broke her hip and had to have surgery she was unable to continue with the chemo and radiation. After her hip surgery she was admitted into a rehab facility for physical therapy. After a few weeks she was able to get around on her own and was sent home. Finally, I thought we are able to get this chemo back on track but of course that wasn’t the case.

Once she came home from the rehab center she started to complain of pain in her lower back close to her bottom. When the home health nurse came to check on her a few days after she was home they found a large bed sore from when she was in the rehab center. So once again we were off to the emergency room and that’s when they decided it was best for her to be placed into a skilled nursing facility since she was so weak and it was hard for my grandpa to take care of her.

The family agreed that it would be best for her to be placed in the Miller Center in Kankakee. It was close to everyone and her cancer doctors were close. As time went on we noticed that she was starting to have the onset of dementia. It seemed that after every traumatic thing that happened to her it seemed to get worse and worse. At this point she still wasn’t getting her chemo and radiation so nothing was being done to get rid of this cancer. We met with the doctor and he finally told us that the best option would be to do the colostomy. He said she would never be strong enough to be able to handle all the chemo and radiation; so that what we did.

After the colostomy that was it, her dementia was in full swing and she didn’t even know who we were anymore. It was one of the hardest things to go through. She would cry that she was in pain all time and she reverted back to her childhood. On Christmas Day 2012 she passed away from Colon/Rectal Cancer and Dementia. Christmas was her most favorite holiday!!

My grandmother was so into her family and her grandkids were her life. She will forever be loved and missed by us all! She was the one that held our family together through all the good and bad times. Her family was the one thing she loved the most in her life. She was always smiling no matter the situation. When I really start missing her I can hear her laugh and I know that everything is going to be ok. She was a strong, independent person and that is what she instilled in all of us.