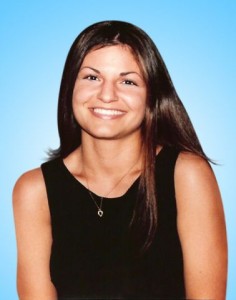 I miss my daughter Dana every single day.  She gave me unconditional love, she was my best friend, my only child.  Dana had a crazy sense of humor and could make anyone smile.  She loved video games, old movies, snowmobiling, swimming and taking care of stray animals.  Her concern for others, and her concern for me, was apparent even when she was sick.

My daughter had just celebrated her first wedding anniversary.  She hadn’t been feeling well for a while, so her doctor told her to have a colonoscopy.  She had the test on February 24th and on that day we found out that she had colon cancer.  After her surgery on March 10th, we learned that her cancer was stage IV and had spread to her liver.  Even though she was sick, she didn’t want people to feel sorry for her and she didn’t like to be treated like she was sick.  She was more concerned about me and how I was dealing with her illness, and if it happened, her passing away.  She was worried about me and how it would affect me.  Do you see why I miss her?