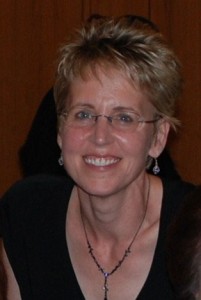 I was born and raised in Leavenworth, Kansas. I have lived most of my adult life in the Rocky Mountain West. My work life has mostly been in education and human services. I have a PhD in Linguistics.

Diagnosis of colorectal cancer in October of 1999 at age 36. (I then learned that a cousin had had colon cancer in his early 30’s.) Father had a series of cancers, starting with ampulary (bile duct) in 1997, followed by kidney (renal pelvis), bladder, colon, and then low-grade lymphoma. While undergoing treatment for the lymphoma, he was diagnosed with aggressive Acute Lymphocytic Leukemia. He died from that on January 26, 2011–a matter of a few days after diagnosis.

I had just started my fourth year of graduate school at the University of Colorado-Boulder, working on a combined MA/PhD in Linguistics when I noticed some the classic signs of colon cancer: blood in stool, etc. But I thought I probably had something like ulcerative colitis. After all, I was hardly a candidate for colon cancer; I was 36 years old and had always eaten a healthy high fiber diet, exercised regularly, etc.

However, the symptoms persisted for a few weeks, and I just knew I shouldn’t ignore them. I went to the student health center for an initial exam and then a sigmoidoscopy. When the doctor said he saw a 3+ centimeter ‘polyp’ in my rectum, I knew I was in trouble. After four days of waiting, I got the cancer diagnosis. The good news was that he believed it was at an early enough stage to be fully treatable. I was referred to an oncologist for further diagnostics (for staging and such) and a full treatment plan. That included radiation to shrink the tumor, with simultaneous chemo, then colon resection surgery, then six months of adjuvant chemotherapy.

Because my tumor was in the rectum, I went into surgery with the doctor’s warning that he might not be able to preserve my excretory functioning (i.e. that I might end up with a colostomy). His ultimate goal, he said, was to save my life. Fortunately, his skill saved my life AND MY ASS!

Recovery was difficult and slow, and I did have to deal with some scary partial intestinal obstructions. I also lost a lot of weight because of chemo, and I lost some of my hair (although I wasn’t supposed to). I eventually recovered enough to return to school, and I finished treatment in July of 2000 with all signs that it had been successful.

The exhilaration of that was dampened by my dad being diagnosed with kidney cancer in 2001 (he had already survived ampullary/bile duct cancer in 1997), then my older sister with endometrial cancer in 2002. We seemed to be on a kind of “cancer-go-round”, and my doctor suggested genetic testing for HNPCC. I went first, followed by my dad and most of my five siblings. Sure enough, many of us tested positive. This was a sobering fact to face and to live with, but it also became a powerful motivator to make healthy lifestyle choices and take seriously the need for regular monitoring.

My dad, unfortunately, had to deal with three more major cancers in the years that followed: bladder, colon, and low-grade lymphoma. He beat them all, but ultimately succumbed to ALL in January of 2011. My personal outcome is a happier one: I finished that PhD in 2009, and this month I celebrate 11 years as a survivor. I don’t take a single day for granted.

My words of wisdom are: Learn all that you can about your disease, and really partner with your health care providers in your treatment. Also, believe in your own ability to conquer this invader, and know that healing is possible.