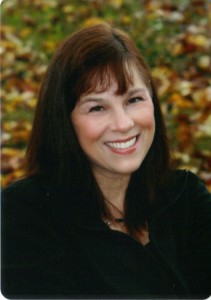 Jennifer was first diagnosed in September 2005 with Stage III Colorectal Cancer. She received aggressive chemo & radiation then surgery to remove the tumor. The cancer reoccurred in May 2010 and she had surgery to remove the tumor in her abdomen. She opted for no treatment and in March 2011 the cancer had spread to her back, stomach, and small intestine. She started chemo in April 2011, but only made it to the second treatment before she started bleeding internally and went unconscious and ended up in the ICU on May 9, 2011. We never thought she’d leave the hospital alive, but she went home a week later. She fought hard for the next four months and passed away peacefully at her home on September 18, 2011.

She was a 1987 graduate of Hilliard High School (Hilliard, Ohio), a 1993 graduate of Columbus State Community College (Columbus, Ohio) and she was a member of Upper Arlington Lutheran Church (Upper Arlington, Ohio). Jenny was a blessing to all she met and she never met a stranger. She had an unshakeable faith in God and in every situation she always gave God the glory. Jenny did what she wanted most in life-to be a devoted wife and mommy. She home schooled her seven children and loved every minute of it. She and her husband raised their children to know and love God and to always trust in Him.