By Rosalyn ZirngibleMarch 12, 2015Faces of Blue 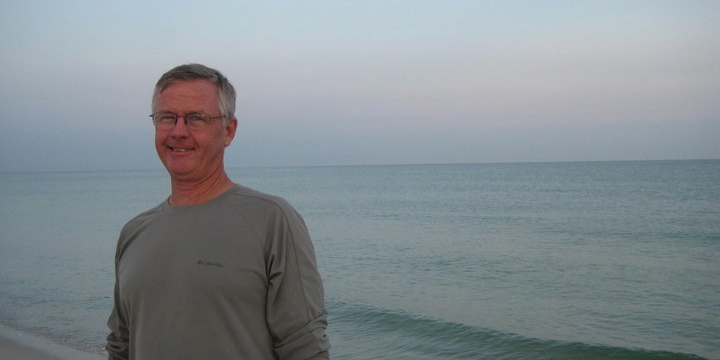 Written By: Anthony Woody, for his daughter-in-law Sarah. It was the day before Thanksgiving, 2011 when we received news that my daughter-in-law Sarah had a large mass in her colon. The news hit the family like a kick in the stomach. Sarah had colon cancer. She was young and vibrant with two young sons. She exercised, watched her diet more than most and yet had cancer!

Sarah has been fighting colon cancer since that day, and to say it has been rough would be a huge understatement. She fights the battle on at least two fronts- one is ongoing chemotherapy with it’s devastating side effects and the other is to spread the word about screening. Sarah has made it a personal mission to let others know that colon cancer is almost always preventable if proper screening channels are followed. Sarah is relentless on both fronts!

My son, Kyle, and Sarah repeatedly asked if I had scheduled a colonoscopy. When they learned I had not they nagged me about it. It was annoying! One day I was talking to Kyle on the phone, and he said he had heard enough of my excuses. He laid down the law in no uncertain terms – I needed to get screened and it needed to be soon! Period! The last time I had been to the doctor I was about 52. I had a physical and the doctor decided I didn’t need a colonoscopy since the stool sample he took looked good. I didn’t argue as I wasn’t too excited about a colonoscopy.

The next time I went to the doctor (a different doctor) was last March at the age of 59. I went because I had a sore throat and cough. As long as I was there I thought I might as well ask for a referral for a colonoscopy, I knew it would make Kyle and Sarah happy. The colonoscopy was scheduled one month later on a Friday. I dreaded doing it but knew I needed to, and that I should have had one earlier – much earlier.

The prep for the scope was not as bad as I anticipated. I never miss a meal and was not sure I would be able to survive the “fasting.” The broth was enough and once I started drinking the prep solution I had no appetite. The scope procedure was like taking a nap. No problem. I remember the nurse shaking me to wake up and telling me they had found and removed a couple of polyps. I was a bit confused and at first I thought she was telling me they had found cancer. She could have waited a few minutes before scaring me like that! The polyps were pre -cancerous, which was a huge relief. One was fairly large and the other was smaller and less concerning to the doctor. Dr. Raj met with me a few weeks later to confirm that they were not malignant, but that he felt certain that the larger polyp would have become malignant – it was only a matter of when. Whew!! The colonoscopy saved my life! Thank you Kyle and Sarah!

I have a one-year follow up scope coming soon to make sure all of the larger polyp was removed. No one needs to pressure me to go to the next one. I write this hoping to motivate others that have not been screened to get off their butt and have it scoped! 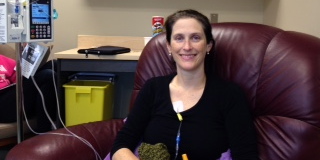