By Rosalyn ZirngibleMarch 15, 2015Faces of Blue 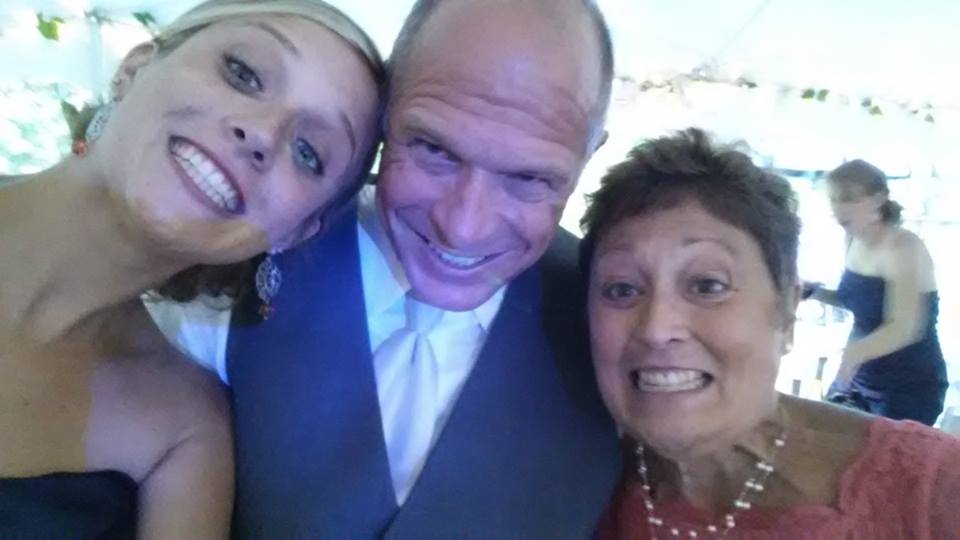 Written By: Blair Coburn, in memory of his wife Janice.

My wife Janice was only 54 when cancer finally took her life in November of 2014. Sweethearts since high school, Janice and I met when we were 16 – I played trumpet in the band, she was a member of the dance squad. Our lives had been inseparably intertwined from the moment we began dating. Her parents became my parents, her brothers became my brothers, and following suit, her diagnosis became my diagnosis on that crisp day in October after 22 years of marriage.

When Janice was diagnosed, we were in complete and utter shock. Janice had no family history of colon cancer, and had been incredibly healthy all her life. We had two daughters in college, and family vacations planned. We hadn’t yet danced at their weddings, or held our grandchildren together. Janice had hopes of becoming a principal in the school district where she had worked. This was not happening. Janice was scared, yet stoic for the kids and me. She was convinced we were going to beat this.

Through ten years of living with this disease, Janice saw many ups and downs. There were many times where we could have felt hopeless – multiple recurrences, growing tumors, total kidney failure from too much chemo – but Janice never quit fighting. She always found the silver lining, even if just for the sake of making those around her feel better. Janice WAS going to see her daughters get married. She WAS going to sing to her grandchildren. She WAS going be the miracle case, which was cured despite a grim prognosis. No matter what the doctors reported, no matter how beat down or discouraged she felt, Janice’s response was always “Well, at least I’m not going anywhere today!”

Get Your Rear in Gear has multiple meanings for my family and me. For my family, it signified a very special opportunity to raise awareness of this disease and the importance of knowing your body and pushing for screenings – even when the doctors say no. My daughter Katie and her good friend Sarah coordinated New Hampshire’s first Get Your Rear in Gear race, where Janice was able to speak to the crowd. It was such a special opportunity where tragedy was turned into triumph – the event was able to raise over $20,000, and we were so blessed to feel the love and support of our family, friends, and other survivors and their loved ones. Janice certainly had the battle scars to show for her ten years of war with colon cancer. She used to joke about her missing belly button, due to the scarring from her seven major surgeries – including tumor removal, bowel resections, and multiple removal and placements of colostomies. Janice was receiving the best care in the world at the Dana Farber Cancer Center in Boston, but that also meant we made the 90 minute drive (on a good no-traffic day) every other week for chemo treatments – sometimes more. In the early days, Janice even drove herself to chemo and radiation treatments, all while on lunch break from her job as vice principal. She was one tough cookie.

Life threw another wrench at us, when in 2009; Janice developed Good Pasture’s Syndrome – a rare autoimmune disorder that compromises your lungs and kidneys. In Janice’s case, we were lucky in that only her kidneys were affected, however unlucky in that they completely shut down. This was likely due to the massive amounts of chemotherapy she had received during the previous 5 years. Now, on top of chemo treatments and blood transfusions, Janice was also facing hemodialysis 4 times a week. With her cancer, a transplant was not an option. Thanks to the wonderful staff at the DaVita dialysis center at the Southern NH Medical Center, I was trained and able to do Janice’s dialysis at home.

And when we thought we were in the clear – hoping for a cancer recovery to get on a transplant list – we were dealt a huge blow. Janice’s cancer had returned in 2010 after a year and a half of clean scans. This time, the doctors confirmed that Janice’s cancer was not one, which could be cured. Chemo could only buy her time – around 2 years, to be exact.

Fast forward four years to June 2014 – both girls are married, we’ve had two granddaughters, built a beautiful new “downsized” home, gone on several “cancer cruises” in celebration of the quality of time we’ve had, and we’ve celebrated thirty years of marriage. After seventy-something consecutive chemo treatments without a break longer than a single treatment, Janice has decided to take a break for a while and give her body and mind a break. While this was a decision we made knowing the possible consequences, I can’t believe after beating cancer for so long, that the cancer would progress so quickly. By August (6 weeks before Katie’s event), Janice was hospitalized for a bowel obstruction, likely caused by her tumor’s growth. That was the beginning and of the end.

Janice was able to recover enough strength to speak at the first Get Your Rear in Gear – New Hampshire, urging participants to get checked, and not assume their symptoms are related to something else. This was a bittersweet moment for the family, beautifully captured by the race photographer. A little more than a month later, we were taking Janice to a hospice house to spend her final days.

Our family might choose to look at Janice’s battle as only a tragedy (which it was) – but we don’t. We look at it as a gift to our family. A gift of ten years of making memories, making peace, and enjoying special moments with an ever-present feeling that these moments wouldn’t last. When Janice had her re-diagnosis in 2010, we thought we’d be lucky to see two years given that her kidney disease had put her in a compromised state. When Janice had her last dialysis treatment after her stint collapsed for the second time in a week, we thought we’d have seven days. Sixteen days later in her hospice, Janice was beating her last odd as we stood by her side and watched her leave this side of life. We have tried to look at this tragedy as something which has brought us together, and as proof of the strength that faith and the loving support of family can provide.

Their daughter Katie Robert, is a volunteer event director for Get Your Rear in Gear – New Hampshire .This 5K/Run Walk, Kids Fun Run & Janice Coburn 1.5 Mile Memory Walk will be held on Saturday, September 26 2015 at Gould Hill Farms in Hopkinton, New Hampshire.