By Caroline BurnsMarch 9, 2016Faces of Blue 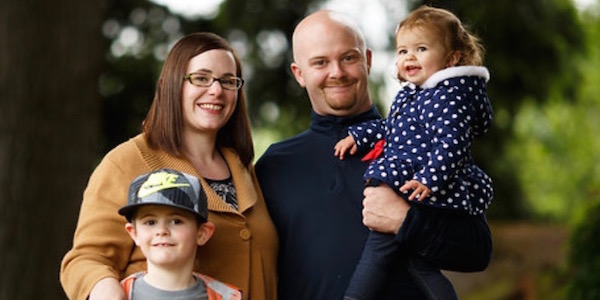 I’m currently 35 years old, work full-time in the financial services industry, have been married for almost 13 years, and have two kids- a son age 9 and daughter age 2. I was diagnosed with colorectal cancer when I was 33 years old. My first symptoms of the disease were blood in my stool. What really stood out was the fact that there seemed to be a lot of blood, it was maroon colored and ribboned into the stool. I had never seen this before, and I knew it wasn’t hemorrhoids. I waited a few weeks to see if it would go away and while it wasn’t present in every bathroom visit it was pretty consistent so I called my doctor. My doctor did a fecal occult test and even though she couldn’t see any blood the test was positive so she immediately referred me to a GI where they ordered a colonoscopy. The colonoscopy found 4 polyps and one of them was cancerous. I was diagnosed with stage 1 rectal cancer at age 33 when my daughter was only 8 months old. My tumor was very low, so I ended up with a permanent colostomy.

I didn’t actually find out it was stage one until a week after surgery as none of the imaging or other tests could determine staging due to some tricky lymph nodes. I also had a benign tumor on my liver which my surgeon at first glance thought was cancerous. That was scary. My tumor was also positive for angiolymphatic invasion which was a big concern for more advanced cancer. So ultimately I was very lucky to be diagnosed at such an early stage, not so lucky with the location and the colostomy but I avoided chemo and radiation so I consider that a huge win. Two things were working in my favor: I had symptoms early on, and my doctors had made all the right recommendations. I know my story is rare with young adult onset CRC, and unfortunately, there are far too many who are diagnosed at advanced stages. Emotionally and financially, being diagnosed with cancer has been tough. This could be the first year I don’t max out my medical insurance co-insurnace, but since I have a permanent colostomy, I will fork out about half that every year for the rest of my life. Whatever you do, trust your instincts and ask lots of questions every step of the way. If that means getting second opinions, then do it. My personal motto is “forward momentum, get up and go!” I participated and helped get sponsors for the 2015 Get Your Rear in Gear – Portland® race and I plan on participating again this year in August.

*Feature photo and photo of Katie by Bitna Chung Photography 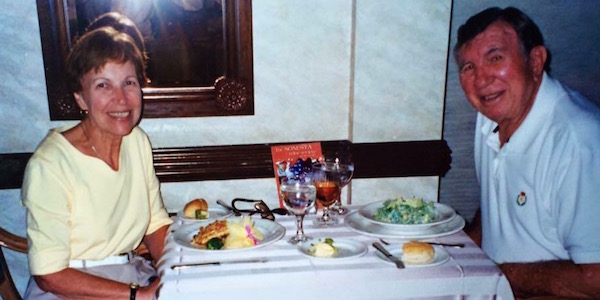