By Caroline BurnsMarch 16, 2016Faces of Blue 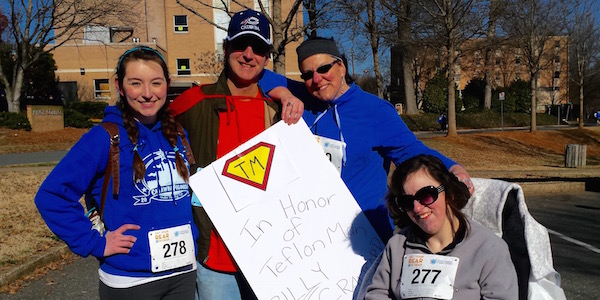 I’m writing to share my brother-in-law’s story. He probably would be hesitant about sharing – not because he doesn’t want people to know his journey with cancer, but because he’s a “behind the scenes” kind of guy. He would be reluctant to call attention to his situation, but in my book he’s a “hero” who needs honoring. In November 2014, after having a colonoscopy in May, he was diagnosed with colon/rectal cancer. After radiation and chemo, he had his first surgery in April 2015 to remove the cancer in his colon. Following surgery, the next nearly four months included chemo treatments every other week, leaving him extremely tired but relentless in his efforts to continue working and care for his wife (my sister) and his two girls. The summer of 2015 saw recovery and some regained strength. The family decided that the next step was to have his ileostomy bag removed so that he could recover totally and be ready for his oldest daughter’s wedding coming up in May 2016. When he went for scans in December 2015 to prepare for the reconnection surgery, a tumor was found outside of his liver. Numb, Billy and his family prepared for what this difficult news might mean – but prayed in hope and anticipation for God’s blessings. The tumor was removed on January 22 and the reconnection surgery was completed.

Billy returned to work (February 19) and is slowly regaining his strength. An added “blessing,” “source of strength” and reason for Billy to persevere in this battle with cancer is his 18 year old daughter, who was born with arthrogryposis. She has undergone numerous surgeries since her birth and currently uses a wheelchair most of the time. This condition affects the muscles and the joints and impacts different patients in different ways. At birth, she had a feeding tube and was unable to swallow – the condition also affected her legs and arms. With physical therapy, surgeries and the unending love and encouragement of her mother and father, she has made great progress in her 18 years. Billy is definitely one of her biggest fans and cheerleaders! His constant care, and his ability to give her the daily medicines she needs and get her ready for school is unbelievable! In addition to work and his attention to his family, Billy has been an active member at Hickory Grove Methodist Church, working with youth, volunteering with Room In The Inn and much more. He has volunteered at a local juvenile detention center leading Bible Study and working with the young men giving hope and reassurance of God’s unfailing love. This was Billy’s second year walking in the Get Your Rear in Gear – Charlotte® walk/run – along with his wife and two daughters – and a host of other fans. 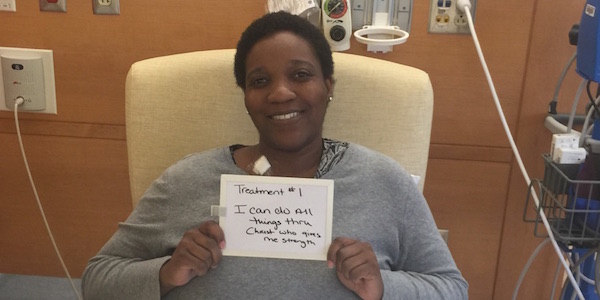