By Caroline BurnsMarch 29, 2016Faces of Blue 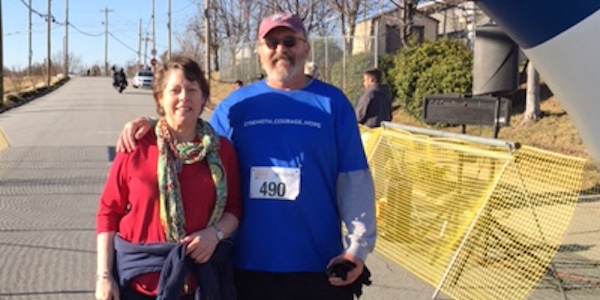 It seems like just the other day. On December 1, 2014, it seemed like my world was coming to an end. On that day, I was diagnosed with colon cancer after a colonoscopy showed a malignant tumor in the sigmoid section of the colon. I felt numb, angry and confused. Earlier, when I had begun to exhibit signs that something was wrong, I prayed to God that it not be cancer. At that moment I thought God had abandoned me. In fact, though, nothing could have been further from the truth. 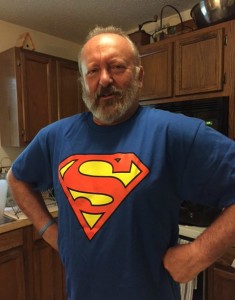 How could I have cancer? Well, at the time, I was 57 years old and I had kept delaying my first colonoscopy. That could have prevented this from ever happening. I am now the biggest advocate for getting a colonoscopy at age 50 or earlier. Don’t wait!

After my tumor was detected, I had surgery a week later where they found that it was in fact stage III colon cancer having spread to four lymph nodes. They removed about a foot of the colon and 21 lymph nodes. My oncologist warned that without chemotherapy treatments, I had less than a 50% chance of survival. With treatments, my chance would increase to 70+%. I, of course, wanted 100%.

I started treatments right away. I was NOT going to let this get me down. I remained upbeat and positive. I put my life in God’s hands and never looked back. I had hundreds of people praying for me. I had tremendous support from my church family and that made a world of difference. They even made me a chemo quilt with notes and prayers on it from many friends at the church. It kept me warm during treatments. I posted my health status on Facebook on a regular basis and had hundreds of people praying for me there. I handled the treatments fairly well and rarely got sick and didn’t lose my hair. After 12 rounds of chemo and other tests, I was finally declared cancer free, a survivor! Thank God! 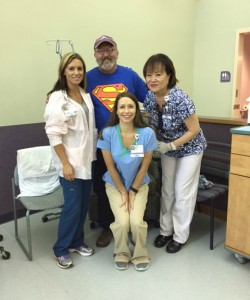 What made the difference for me? Catching it just in the nick of time of course made a difference. However, what worked for me was having a very positive attitude. I was not going to let it get me down. Also, going back to work as early as possible while I was going through treatments helped. I also had excellent top-notch doctors and nurses! But, what really made a difference for me were the many, many people praying for me and providing support in so many ways. That’s what got me through this journey! You can do it too! 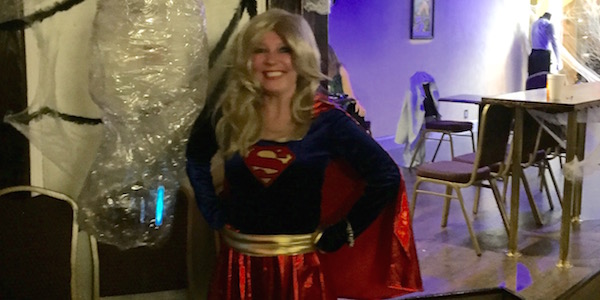