My name is Nicole Rivera and I’m 28-years-old. I have a B.S. in biochemistry from the University of South Carolina. I was the first person in my family to graduate from high school and the first to go to college. I work as a clinical research coordinator studying new drugs for cardiac and metabolic diseases. I got engaged in March 2017. I bought my house and moved my family out of poverty in August 2016. I support my entire family of eight on my salary. 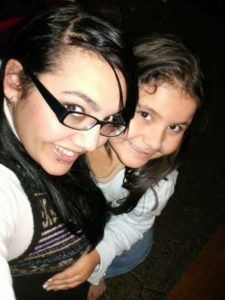 I started having minor gas and bloating in 2016. I didn’t think anything of it because I had similar symptoms in the past when I was overwhelmed with stress. I hated going to the doctor and I felt like every time I did, my concerns were ignored. Around the end of 2016, I started experiencing sharp pains in my right upper quadrant of my abdomen. I asked my boss, a physician, what his opinion was on the symptoms. He told me the most likely culprit was my gallbladder and that I needed to change my diet and take some supplements. He encouraged me to have a gallbladder ultrasound, however, I could not afford the copay at the time. This went on for several months. My symptoms also included constipation and nausea. I noticed that I was losing weight without trying. I just attributed it to my Adderall and ignored it. 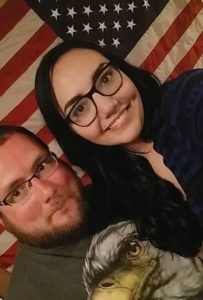 In April 2017, right before Easter, my stomach pains got worse and I found that I could not keep any food down. On April 16th, I vomited the entire night with my three dogs by my side in my bathroom, while I tried desperately to drink some water. I knew I was severely dehydrated so I had my mom take me to the ER for a gallbladder ultrasound and IV fluids. My ultrasound was inconclusive so a CT scan was ordered. I threw up most of the contrast fluid before the CT scan, but the images still managed to show a compete bowel blockage in my ascending colon. I was admitted to the hospital, had a nasogastric tube put up my nose and down my throat to clear out any remaining contents in my stomach, and was told I’d have a colonoscopy the next day.

Cut to the next morning, I wake up to a surgeon at my bedside at 9 am telling me that I have to get undressed and prepped for immediate surgery. Luckily my surgery team was great and they were able to perform my surgery laparoscopically. This was the first surgery I’ve ever had. Upon waking up the surgeon informed me, and about 20 of my family members, that they removed a golf-ball sized tumor from my ascending colon as well as 38 lymph nodes and my appendix. A few days later I received the pathology 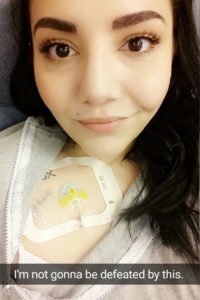 report while still in the hospital recovering. I was diagnosed with moderately differentiated adenocarcinoma of the ascending colon. The cells that create mucus-making glands in my ascending colon were moderately abnormal and cancerous. Fifteen of the 38 lymph nodes removed contained cancer cells. A few weeks later after meeting with my oncologist, I had a PET scan. It revealed the worst possible news; my cancer had spread beyond my colon and lymph nodes with lesions in my liver and several lesions on my pelvic bone, spine, and ribs. My oncologist, nearly in tears, told me he couldn’t fix me. I was considered incurable and inoperable. Still determined to fight my hardest, I prepared for chemo, remembering the side effects that my mother and mother-in-law had experienced.

I have now completed 16 rounds of chemotherapy and my most recent PET scan showed no evidence of disease. I will be on maintenance chemotherapy for life. My side effects have been fairly minor and I’ve still been able to work full time. I plan to keep fighting as long as humanly possible and I’m supposed to get married at the end of 2017. 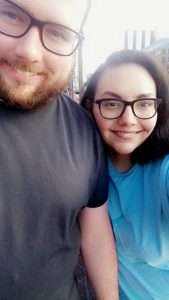 Get in touch with support groups; especially find the COLONTOWN groups on Facebook. They are a great source of support and understanding. My friend, Jasmine, was diagnosed with rectal cancer about six months before me and she passed away in December 2017. It has been very difficult to handle her death. I battled with depression and anxiety prior to my cancer diagnosis. It has obviously exacerbated both. Although my job has not been cooperating much with me, I have been working full time because my side effects have been minor. My immediate family and fiancé’s family have been a tremendous help to me by encouraging me to keep fighting. 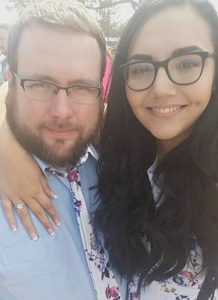 Be proactive about your health. Most physicians aren’t aware of the rise of colon cancer amongst young people. If you notice a change in your bowel habits or any symptoms, even if they’re minor, make sure you consult with a physician who is willing to hear you out and run any tests necessary to find the correct diagnosis.