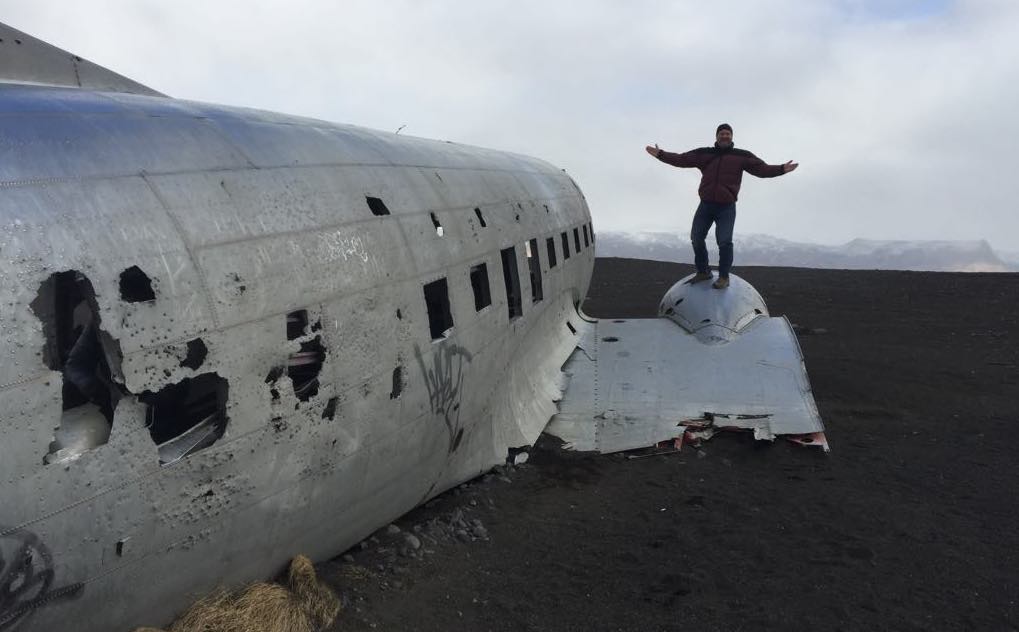 World Ostomy Day guest blogger Doug Dallmann writes about letting go of disappointment, and embracing the truth that life doesn’t have to slow down because you are living with an ostomy.

That’s the first thought most people have when they’re told they need an ostomy, and I was no different. When I was told my stage III rectal cancer diagnosis would likely result in my having to

wear a bag, I was revolted.  Having a hole cut into my abdomen where my colon would exit and that waste would pour out of simply disgusted me, and I did everything I could leading up to surgery to have a complete response to chemotherapy and radiation.

Alas, as I was coming to on the day of my surgery, I was able to make out a nurse saying, “looks like he has an ostomy.”  I was crushed. Over the next few months, I got used to it, but I still hated it. I hated how it looked, the noises it made, and having to deal with it throughout the day.  During the start of my life as an ostomate, I was filled with anxiety, depression and uncertainty.

Adjusting to life as an ostomate takes time. I quickly made the physical adjustments, and within a few months of surgery I reached my “comeback” goal with a 100-mile century bike ride.  That really picked up my spirits. I’ve always been a physically active guy, and I told myself that as long as I was able to be physically active and do all of outdoor things that I liked to do before surgery, I’d be fine. Adjusting to other aspects of life with an ostomy would take a few more years.  For example, I had to navigate dating with an ostomy, and decide when exactly to tell my date about it. I learned to irrigate so I could spend an entire day without worrying about output. Regaining my self-confidence took the longest, but being featured as a model for The Colon Club in their 2013 Colondar helped tremendously. But the icing on the cake of confidence came when I  started competing in bodybuilding competitions. I was standing on a stage in front of people judging my physical appearance while I wore nothing but a spray tan, board shorts, and a colostomy that I knew I was where I wanted to be.

Life with an ostomy has its challenges, no doubt, but when problems crop up you just have to be prepared.  I’ve learned the hard way to always have stoma supplies within reach and keep supply caches at work, in my car, in my book bag, and in my back pocket.  And if you’re not prepared, just roll with it. If no proper bathroom is available, I make do with what’s available. I’ve irrigated in a bathroom on a moving train, in a portable restroom, and even in the outdoors while backpacking.  And if accidents happen, it’s going to be embarrassing if not down right humiliating, but don’t beat yourself up. Those around will usually be very understanding and help you out.

If you have an ostomy, go and live the life you were going to live anyways.  Go and do all of things that you were going to go before. I had always wanted to compete in a bodybuilding competition, had always planned to hike the Pacific Crest Trail, and didn’t want to stop with all my international travel.  I’ve done all these things since my surgery, because I’ve seen other ostomates showing me that it can all be done. There’s no reason why you can’t get out there and do something amazing yourself – even if you happen to have an ostomy.

Read more about Doug’s adventures documenting his diagnosis, treatment, surgery, and recovery from stage III colorectal cancer on his blog Doug 2.0, and his summer spent hiking the Pacific Crest Trail on his adventure blog Trekking Badger. The WE Have Cancer Podcast Connects the Cancer Community

The WE Have Cancer Podcast Connects the Cancer Community