By Linda YangDecember 5, 2018Faces of Blue 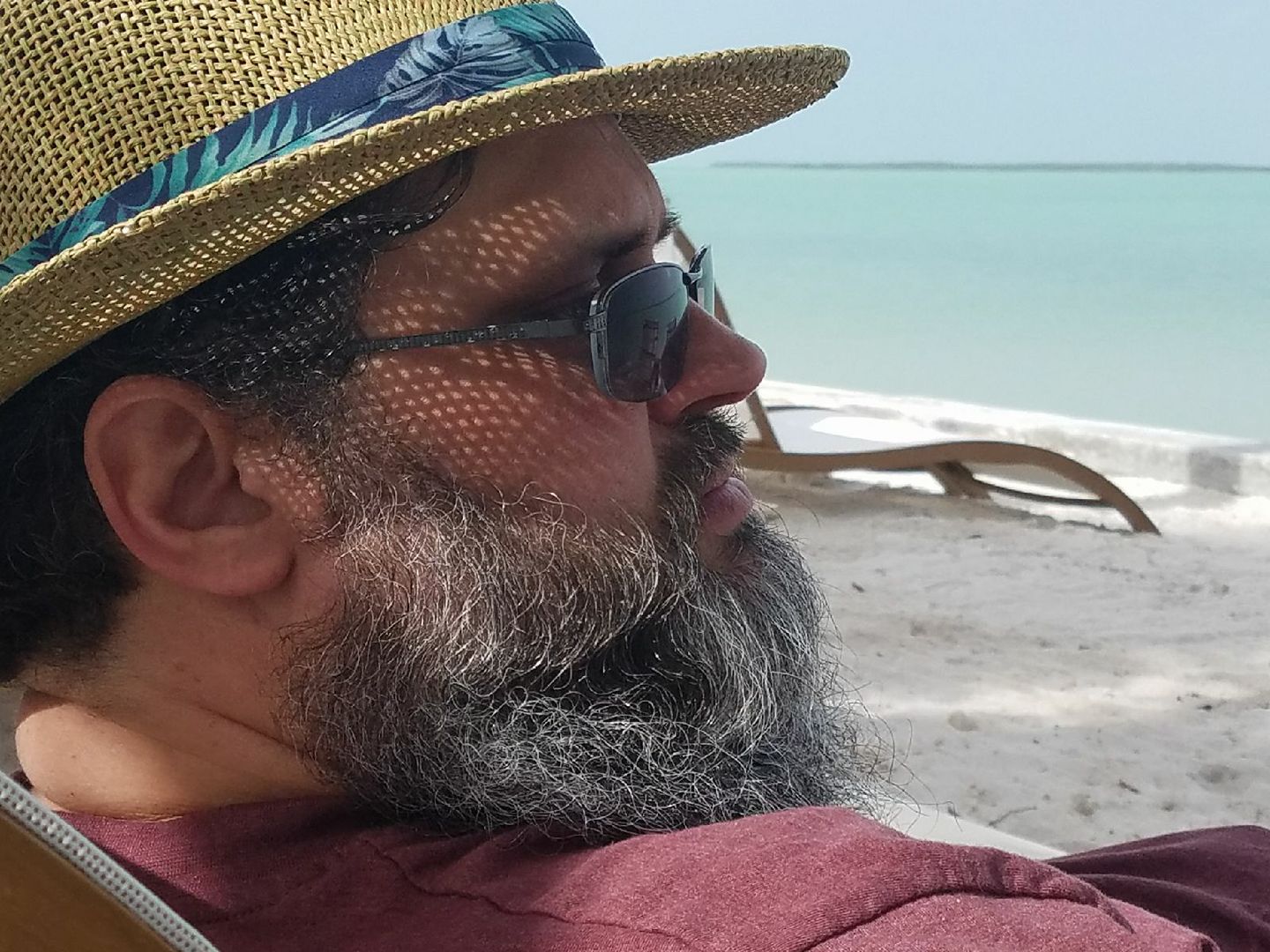 At 44, three-quarters of the way to 45, I went in to get an endoscopy. I had sketchy information on

family past at best. I shared this with the PA and she gave me a very stern look and told me they wanted to do a colonoscopy because of the lack of detail on the family history.

What they found was a colon lined wall-to-wall with polyps in the entire colon. There were even two masses in the right ascending colon. All testing was negative for cancer at this point.

I then went to a colorectal surgeon and he sent me immediately to genetic consultation. In the mean time, I got more details on family history: mom had a partial large intestine re-section as a teen due to hereditary polyps, uncle had colon cancer in his 30s and a full colectomy (he has had an ileostomy for 35 years), and their mother had passed from colon cancer back in 1965. Genetic counseling came back with a positive for familial adenomatous polyposis (FAP) and in my case it is presenting as Gardner’s syndrome. We did further testing in preparation for total colectomy and I was still testing negative for cancer. 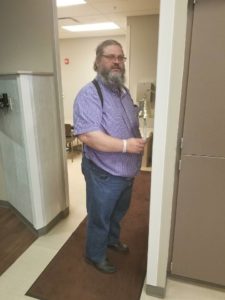 Chris ringing the bell signifying the end of treatment.

We did the surgery; six hours to pull my colon out through laparoscopic surgery. He pulled the colon and 65 lymph nodes. Three days after surgery I was released and started walking more and more every day, eventually pushing to 10,000 steps per day, which is more than I was doing before cancer.

One week after surgery I got “the call.” The surgeon was letting me know that even though we did not detect cancer before the surgery, one of the two masses had a tumor in it, and one of the lymph nodes pulled did too.I followed up with an oncologist, one of the nicest and most attentive doctors I have ever met. He laid out the course of treatment: six months of Fluorouracil (5FU) with at least three months of oxaliplatin. He also gave me the serious details. The tumor was a depth of two, so it was halfway through the colon wall, and even though it had metastasized into a lymph node, it did not appear to infiltrate the full lymphatic system. This means it was stage III. And the best new was it was stage III and out of my body.

As I write this, I am one week out from my final chemotherapy. The doctor feels our treatment was a total success. I will have a follow up PET scan in 1.5 weeks, and from there we will go into survivorship counseling, I will continue pre-habilitation to make sure I keep healthy through the rest of my surgeries, and I will begin follow-up screenings. At first it will be three-month blood work. After a bit we will go to six-month and one year.

I still have to have a J-pouch created, and a reversal, but compared to chemotherapy, that will be a breeze. I still have side effects. 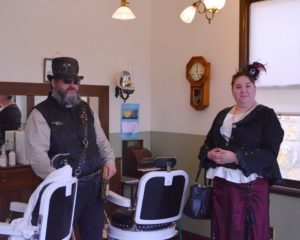 Chris and his wife dressed up, steampunk style. Chris was still undergoing treatment at this time.

I developed neuropathy, and of course it is getting worse as oxaliplatin does, and I had some hair thinning but not enough to be problematic. Fatigue is an extreme side effect as well, but other than those, I feel great. And considering untreated, Gardner’s syndrome has a life expectancy of 45. We found this and treated it at just the right time!I’ve also managed to use social media to document my journey and inspire others to tackle their issues. So this could have been a LOT worse.

Get your rear in gear to me has two meanings as a colorectal cancer patient. First, don’t let it stop you. Face your treatment, and keep moving. Don’t stop; don’t give up. If you keep as active as you can, and you keep as positive as you can, you can beat this thing! And second, as a person with an ileostomy and a non-functional rear, I aim to get my surgeries all complete so I can ‘get my rear in gear’ and make it operational again! 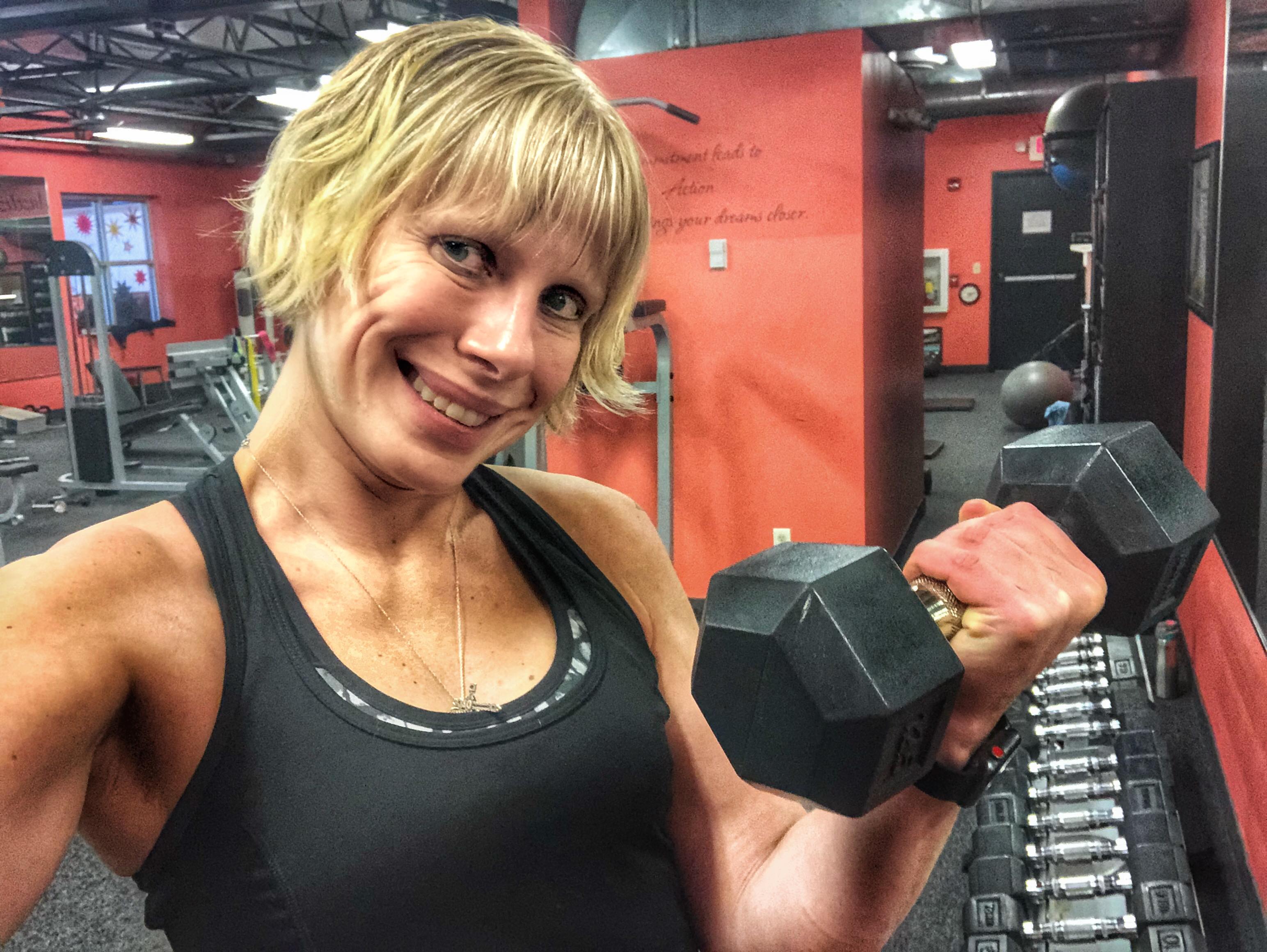