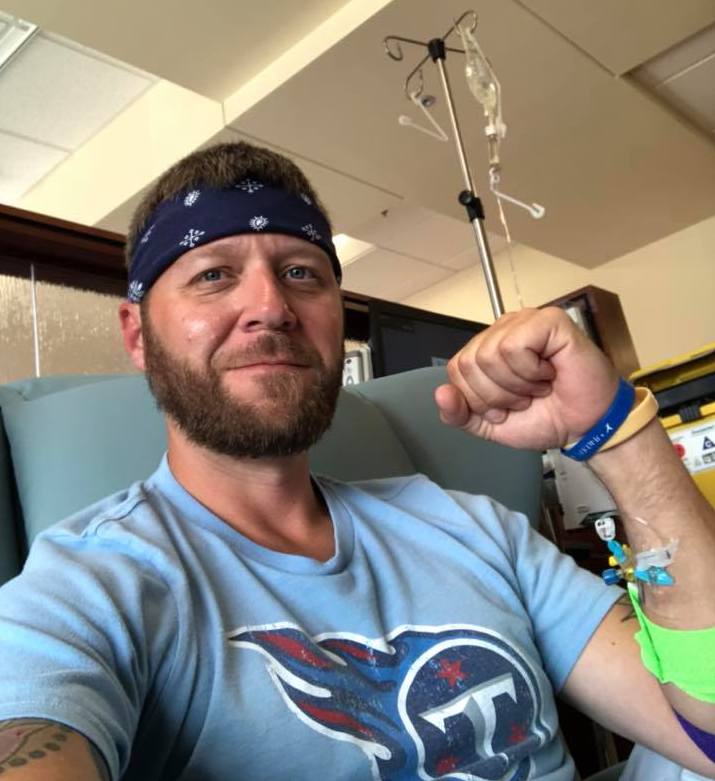 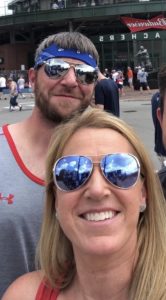 After many long months of doctor’s appointments and not feeling well, on February 22, 2017, my brother Jeremy, was diagnosed with stage III colon cancer.

His primary care doctor was not listening to his plea for help so my mom took him to the local emergency room because we could tell his health was deteriorating. After blood tests and a CT scan, they confirmed it was cancer. He had lost so much blood that they started a blood transfusion right away and then took him by ambulance to Iowa City. Once he got to Iowa City, they did more blood transfusions and iron transfusions.

He met with an oncologist that specializes in colorectal cancer and an internal medicine team. He was given the option to have surgery right away or do chemotherapy to try to shrink the tumor and then 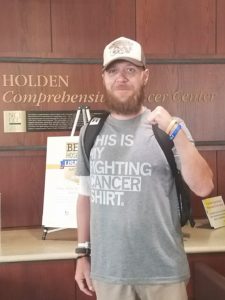 have surgery. The tumor was pushing up against his stomach and they were not sure where else it may be attached to. It could be a very extensive surgery. They wouldn’t know until they opened him up, but doing chemo first and trying to shrink the tumor  would make surgery a lot easier. This was also making it very difficult for him to eat and digest his food.

After many discussions, Jeremy chose to go the chemotherapy route. They say it’s a 50/50 chance of it shrinking the tumor but is well worth a shot. He met with the oncologist, pharmacist, nutritionist, and others to get the ball rolling. He made his way back to Iowa City the following week to have a port placed. The next day he met with genetics and then had another iron infusion and started chemo. Chemo was to be done every two weeks. They decided to do a couple of rounds of chemo and then scan him again to see if the tumor would shrink. If it had, they were to continue chemo, but if it wouldn’t then they would go ahead and do the surgery.

After over a month of chemo treatments, Jeremy became very sick. He was unable to eat and was still losing lots of blood. He was admitted to the local hospital for a weekend. He received more blood infusions to get his levels back up. After a few more week, Jeremy met with his doctors in Iowa City. They decided to place a feeding tube because he had lost so much weight and needed the nutrition. He was then unable to eat anything by mouth. They also admitted him to the hospital once again. He was hospitalized for three weeks. He was able to get his levels to where they were safe and gain a little weight. It was then decided that he was going to no longer have chemo. They were able get him approved for Keytruda. These infusions were scheduled for every three weeks.

He continued to have struggles with the feeding tube so it was decided to place a PICC line to assist with nutrition. The PICC line worked its magic and the feeding tube was eventually removed. The PICC line stayed in for a couple of months. During this time, Jeremy was finally able to eat my mouth again. He finally started gaining all of his weight and energy back. His tumor was shrinking and he continued with Keytruda treatments so surgery was still put on hold. It was eventually agreed to continue on Keytruda for two years 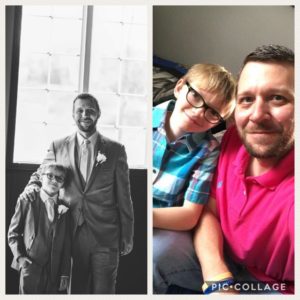 unless the tumor started to grow back.

Fast forward to July 2017, Jeremy had a CT scan and received some pretty amazing news. The CT showed complete or nearly complete resolution of his tumor. Jeremy is feeling better than ever. He still fights this battle everyday. His story is a miracle. Get yourself checked out. No matter your age, it can happen to you. This is nothing to ignore.

Editor’s note with update from Jeremy: “Well I am down to just 4 treatments after today. Once treatments are done they will do another scan and possibly a colonoscopy. Around that time I will meet with the surgeon to see what his thoughts are on whether or not he feels they should open me up to clean up any possible cells that may not show on the scans.

I did get some amazing news the other day from my doctor as I was down here for a CT scan on Monday: ‘Hi Jeremy, CT scan looks better than ever. They can barely see any abnormality at the site of the tumor. See you Thursday. Will be releasing the scan for you to review in a little bit here.’ 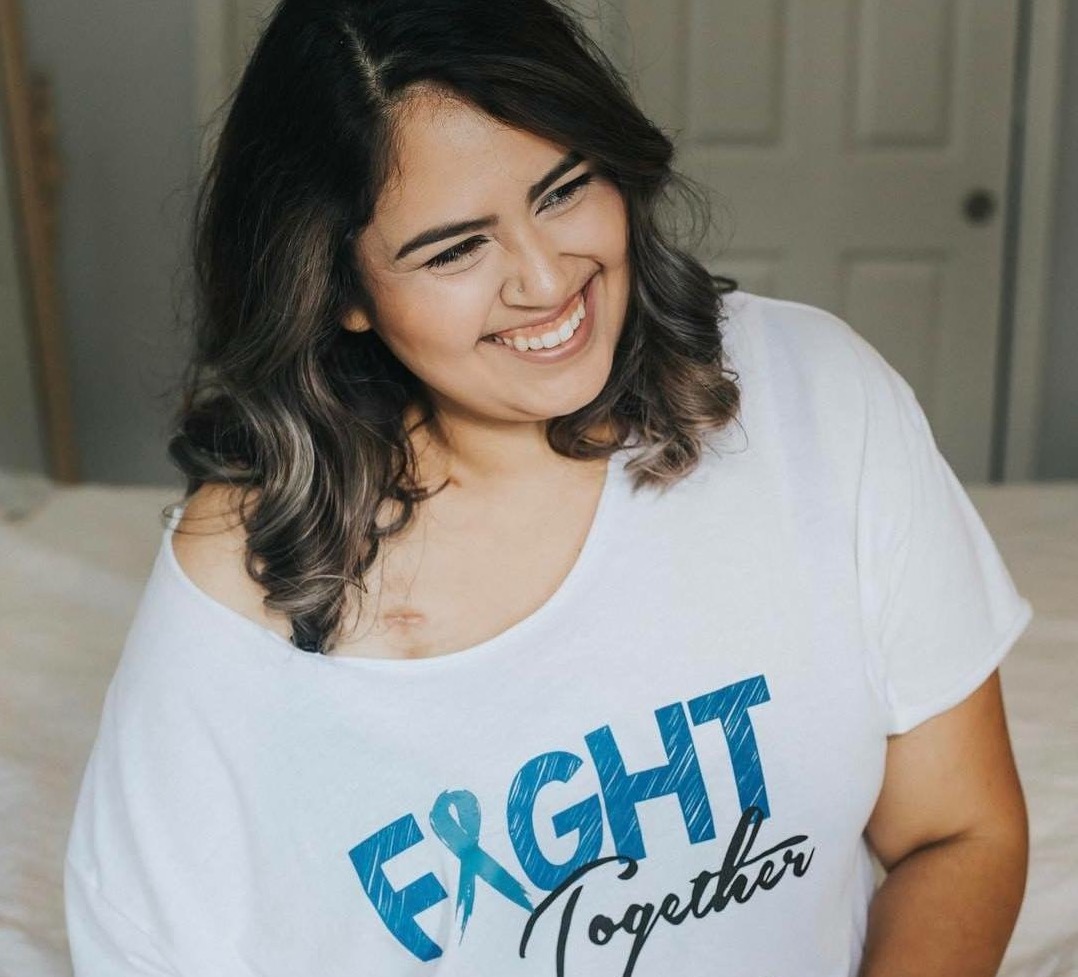