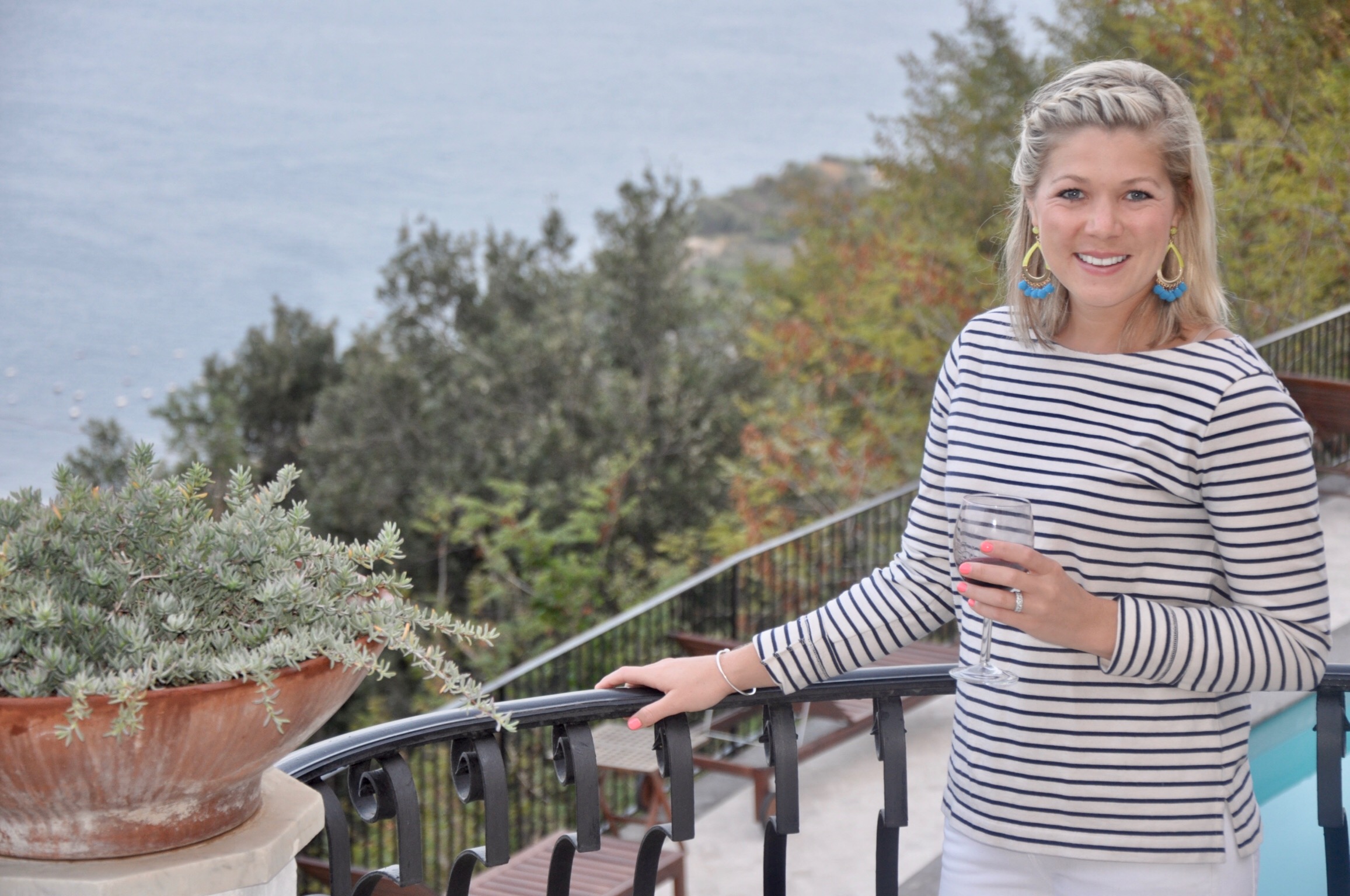 Meredith and her husband Jack.

At the age of 28, colorectal cancer was the last thing Meredith Potthast was thinking of when she first saw blood in her stool in May 2017. Later that summer, she began feeling bloated, with abdominal and rectal discomfort. Thinking it was a gluten intolerance, she changed her diet and sought a chiropractor for her back pain.

In January 2018, the pain in her rectum became unbearable. It was so bad that Meredith could only sit for a small amount of time and would have to stand up or shift in her seat. She pushed through her pain for 6 or 7 months, and when she met with her doctor he diagnosed her as chronically constipated. The doctor prescribed her medicine, but it had no significant effect.

After voicing her frustration, her mother, a nurse, suggested that Meredith ask for a colonoscopy. The doctor was surprised that she was requesting one at such a young age, and went ahead and referred her to a gastroenterologist. At the end of February, she met with a GI who would listened to her symptoms and concerns, and proceed with that colonoscopy. It was then that they discovered a 5 cm tumor in her rectum. With no previous knowledge of the disease or family history, Meredith was shocked. “It was not on my mind. I just talked to friends and thought I had IBS or a celiac disease. I never thought it would be cancer.” She would also learn that if she had waited a few more weeks, there would have been a bowel obstruction.

During her treatments, Meredith shared her journey on social media so others would be made aware of her story of being diagnosed at such a young age. She shared updates with her friends and family, and because she was involved in organizations in college, she included college friends and acquaintances. She had a lot of people reaching out and thanking her for sharing her story and knowledge. She made sure to get the message across that age is not a factor and to get checked when there are symptoms.

Meredith recently went in for her three-month CT scan and everything was clear. She’ll have to continue going in for blood work every six weeks, continue getting a CT scan every three months, and have a colonoscopy every 2 years. Meredith gives credit and adoration to her husband of five years, and her parents who traveled from Rhode Island to Kentucky to be with her when needed. “I would not be here without them.” Jack, Meredith, and their dog, Daisy, outside of their Louisville, KY home.

Meredith married Jack in June 2014. “Jack is by far the most amazing and supportive person before cancer, and after my diagnosis he’s definitely my rock and cheerleader. We moved to Louisville, Kentucky about four years ago, and it’s only the two of us here in this state.” Jack’s parents live in the DC area, and Meredith has sisters in Rhode Island and Virginia. Meredith is involved with the Louisville branch of the Gilda’s Club, and she and Jack have taken to volunteering and fundraising for the Colon Cancer Prevention Project.

Meredith’s diagnosis and subsequent journey made it difficult for her to balance marriage, work, lifestyle, and friends during treatment. “It’s been hard trying to balance life. That was a daily struggle and it still is. We spent a lot of nights in instead of being able to enjoy going out with friends like a typical 28-year-old can.” Meredith with her parents, Pam and Rusty.

Even when others around her told her how healthy or amazing she looked, Meredith struggled with the perception that she didn’t look like the typical cancer patient. She’s stayed positive in different ways, even when there were days that seemed the hardest. “I just declared to myself that my cancer is gone and I’m not going to let it come back.”

“To anyone in this situation, around my age, try to stay positive. Keep a positive mindset and never let cancer keep you from living your life.” Meredith suggests anyone going through cancer alone reach out to other cancer patients who are going through the same struggles. “Find someone to relate to, because even if you are surrounded by loved ones, the cancer can make you feel alone, and it does.”

Meredith also suggests that anyone feeling symptoms, regardless of age or family history, to listen to their body. “If you are not having daily bowel movements, you are constipated and that is not normal. Have a conversation with your doctor today!”