Brian Hargraves was shocked when he was diagnosed with stage III colorectal cancer at the age of 35. He and his wife have always been active, but while training for a marathon in 2005, he experienced extreme cramping that almost made him pass out. Brian had already planned on going in for his physical for the marathon when he decided to bring up the cramping to his doctor.

His doctor inquired about his family history and symptoms. “My mother had polyps removed in the past. As kids we were told it wasn’t a big deal, we didn’t know anything.” After testing negative for hemorrhoids, his doctor recommended scheduling a colonoscopy. At 35 years old, Brian was unsure. “It was out of the ordinary. I wasn’t at the recommended screening age for a colonoscopy.”

Looking back with the knowledge that he has now about colon cancer, Brian knows that there were other signs. “I had blood in my stool for a while. It wasn’t all the time, and not a lot, but there were times. I had various shaped stool, which I didn’t understand at the time, but my doctor explained it as my colon closing off and pushing the stool through it. It always took me a very long time in the bathroom, but I always thought it was normal.”

The day of his colonoscopy, Brian remembers distinctly what happened. “I’ll never forget the words from the gastroenterologist. He said, ‘Oh this doesn’t look good.’ And I remember seeing hazy images on the screen.” The GI struggled pushing through a section of Brian’s colon and took samples. “After 15-30 minutes of waiting, my gastroenterologist returned with a surgeon. He said, ‘We have some “not-so-good” news. You have cancer.’” After his diagnosis, Brian didn’t leave the hospital for a week. “The next day I went into surgery. Eighteen polyps were removed and 13 of them were cancerous. One foot of my colon was removed and re-sectioned.” The diagnosis came as a total surprise. “I never thought this would happen to me.” His family, sharing in the disbelief and shock, scheduled their own colonoscopies right away. His sister also had polyps, thankfully none were cancerous.

While recovering from his surgery, Brian was told by his surgeon that there was a good chance he may become sterile during chemotherapy. “We had not planned to have children, but after hearing the outcome, it scared my wife and I. We had an opportunity, six months between the surgery and chemotherapy regimen. We tried and were successful at getting pregnant, and I started chemo right after.” Brian went through 9-12 months of chemo and additional surgeries while his wife was pregnant with their daughter.

Treatment was successful and Brian went into remission, but nearly four years later, however, his symptoms would return. Evidence of cancer appeared in his scans and blood tests. His daughter was just 2-years-old. At the same time, Brian and his wife had just welcomed their second daughter, a surprise after numerous rounds of chemo following his original diagnosis. Due to Brian’s early-age diagnosis, his two daughters already know they will have to start screening at 25.

Brian continues to share his story with his friends and co-workers, keeping others updated on his journey and health. He encourages others to get early screening and to be aware. “I tell them my story. I get asked whether it’s painful or told it’s embarrassing. I just say don’t be embarrassed; it’s painless. I try to set them at ease and I think for them, hearing my story and understanding what I went through, it helps a little bit.”

Brian will be 10-years cancer free this year, after his second diagnosis in 2009. His health is good, and he continues to stay active. Brian routinely sees his oncologist once a year, but unless there is something unexpected, this year will be his last visit. Brian and his wife no longer train for marathons, yet they continue to stay active together by doing yoga, circuit training, and working out three days a week at 5 a.m. This year they’ll gather as many friends and family together to walk at the Get Your Rear in Gear – Twin Cities event. Next year, they plan to celebrate Brian’s 10-years cancer free in Hawaii with the entire family. 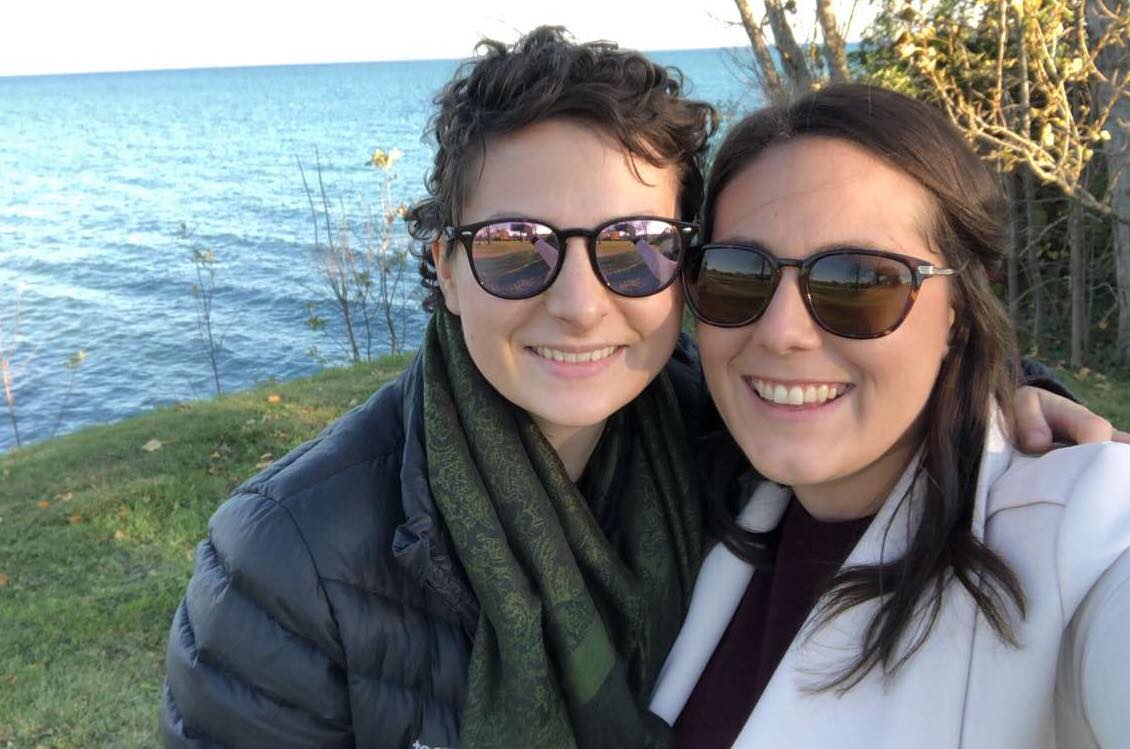 No One Fights Alone: One-on-One Mentoring with Imerman Angels

No One Fights Alone: One-on-One Mentoring with Imerman Angels