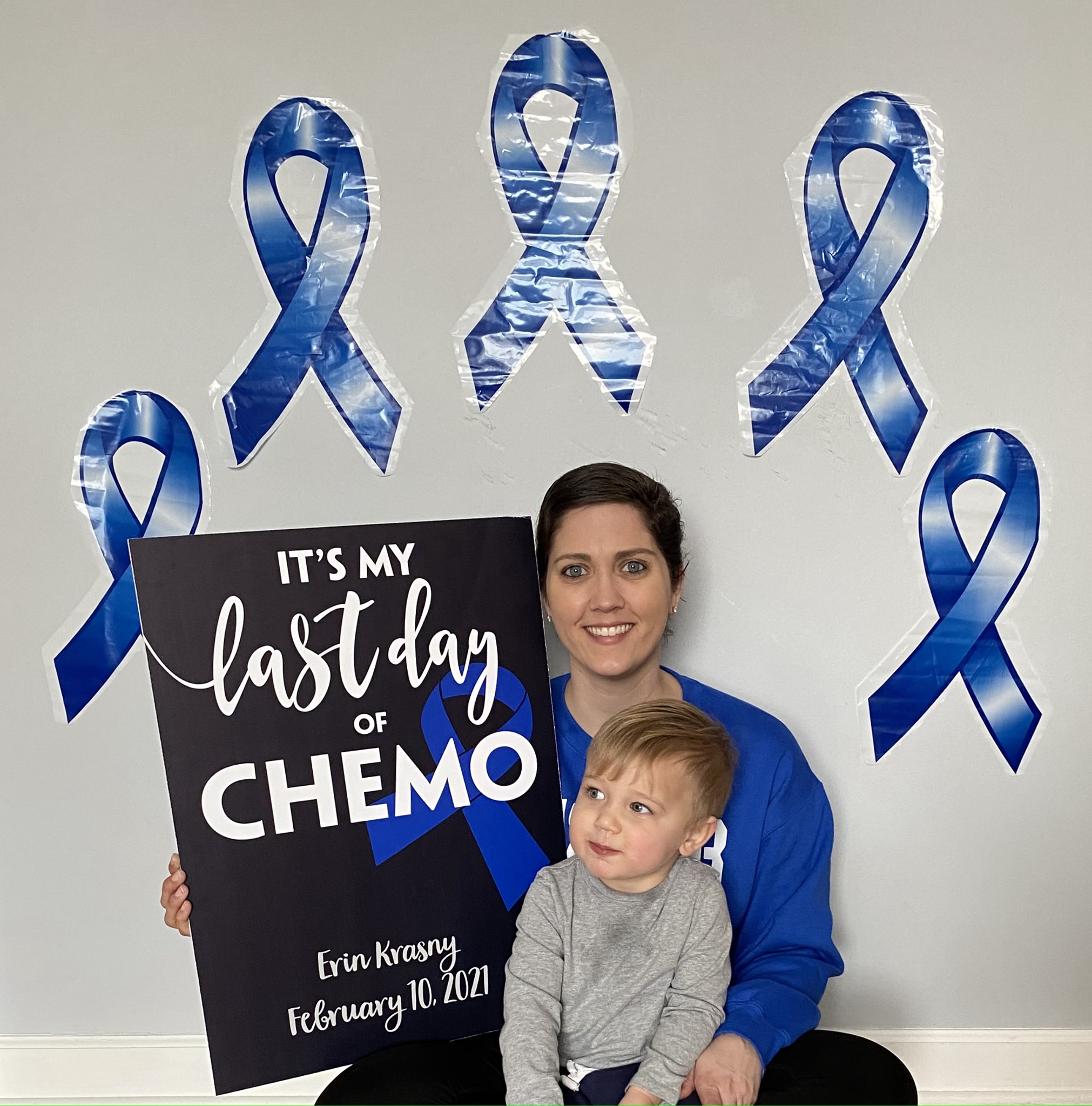 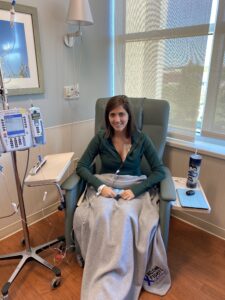 My name is Erin, and I was diagnosed with Stage III colon cancer in June 2020.

In April 2019, I gave birth to my first son. After my pregnancy I began to notice blood in my stool. When I brought this to the attention of my doctors, they assured me it was just hemorrhoids which was completely normal after childbirth. After an exam, hemorrhoids were found and I went about my life.

Months pass by, and the symptoms never seem to go away. In December 2019, I revisited my primary care doctor with the same concerns. She insisted that I begin a high-fiber diet to help with the symptoms. If nothing changed, she said I could see a gastroenterologist.

Literally the last thing I wanted to do was go visit a doctor to talk about poop, so I changed my diet. This change did help and I did not see a specialist.

Then COVID-19 hit. Everyone’s lives changed. My body began to change as well. Shortly after my 30th birthday, I began to have severe abdominal pain that could not be ignored. I was terrified to go to an ER because of COVID-19, so I continued to live with symptoms until May. I finally met with a gastroenterologist and in June had my first colonoscopy.

I will never forget that day: June 23rd, 2020. My husband dropped me off and was told he could not come into the building. I made small talk with the nurses, mentioning how silly I felt getting a colonoscopy when I was only 30 and that I was probably wasting the doctor’s time. I went into my procedure, and when I woke up my husband was next to me. Since he wasn’t allowed in, I knew this could not be good news. The doctor entered with a worried look on her face. They found a golf ball size mass in my colon and she was certain it was cancer. My nightmare began.

The rest of the summer was a whirlwind of appointments and doctors. I scheduled a laparoscopic colon resection surgery for two weeks later to find out what was going on in there. I kept thinking to myself… “I am young. I am healthy. It must have been caught early.” Except, it was not caught early. There were 3 out of 25 lymph nodes involved which meant the cancer has begun to spread past my colon. I was diagnosed with stage 3b colon cancer. 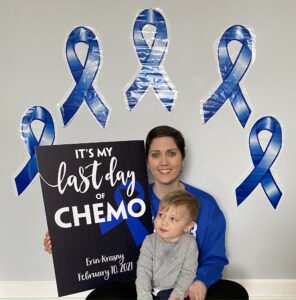 I went through the IVF process to hopefully salvage some eggs. I’m already 30 and who knows what affect these chemo drugs will have on my reproductive organs. As soon as that was over, and I was healed from surgery, I began chemotherapy in August. The plan of action was 6 months (12 treatments) of FOLFOX. Boy, was I in for a rollercoaster. 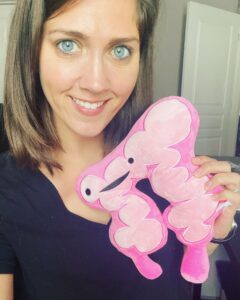 Treatment was long and extremely lonely. I went through a roller coaster of emotions, side effects, and delays. Layers of my hands and feet peeled off week after week, my hair fell out in clumps (I’ve never cried so hard in my life), and I’m still feeling the lingering effects of neuropathy in my fingers. However, I am thankful that it is done and I truly hope I never have to hear the words “you have cancer” again.

During all the trauma and turmoil this year brought me, I made a promise to myself that I would help make a change. I would tell my story. I would help spread awareness of colon cancer and its symptoms. I would do my best to make a difference. If I only knew the symptoms and took them seriously early on, I may have caught my cancer much earlier.

DO NOT wait to see a doctor if you are noticing symptoms of any kind. You know your body better than anyone else and should take any abnormal feelings or symptoms seriously!