It was late April in 2011 in Minnesota.  Spring had sprung, but it was going to be a crappy weekend weather-wise.  Around 6 p.m. on a Friday night, I got a call from my brother, Sean.  This was unusual, as he and his wife Gina were usually busy chasing around their two young girls. 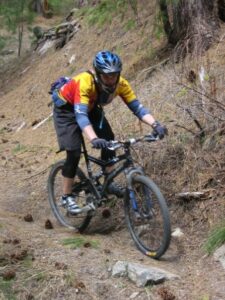 I knew Sean had not been feeling well, and at Easter a few weeks earlier he didn’t look like his usual self.  He said he had “mono” and mentioned he looking forward to getting over it so he could continue his active lifestyle.  Sean was a tremendous endurance athlete…mountain biking, marathons, downhill skiing, and had recently begun doing triathlons.

He asked if I could pick him up and take him to the hospital.  His “mono” diagnosis wasn’t getting better as one would expect after this much time.  I knew my parents were out of town, and Gina and the girls were certainly not in a place to sit in an ER waiting room.

When I picked up Sean I was shocked. He was extremely jaundiced and weak.  I tried to put on my bravest face, but it was clear this was not “mono.” We headed down to the hospital and got him checked into the ER. As we sat there waiting for his name to get called, we were making small talk. It was rare he and I were ever alone, and I enjoyed talking to him. Sean was almost eight years younger than me, and since we both had young children, we only really saw each other at family events. 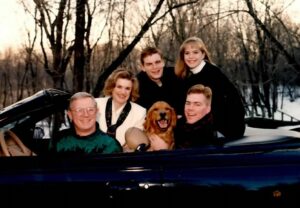 I didn’t really have much experience with “adult” Sean. I left home when he was 10, and only came home during the holidays and summers to work and play.  Not until he and Gina moved back to Minnesota a few years earlier to start their family had I understood what a great man he had become.

The rest of that night is a blur.  Tests, x-rays, blood work…we sat there waiting, wondering, and worrying.  As the night went on, I remember becoming more uneasy.  When the diagnosis came in that he had colon cancer, and that it had moved into his liver, my first thought was how strong and healthy my brother was. Sean was diagnosed as stage IV, and we all knew this would be an uphill battle, but I was sure he was going to beat this.

The first order of business was to clear the tumors from his liver the best they could. This would help clear the “yellow” out of his skin. Once this was under control, the colon cancer could be addressed. 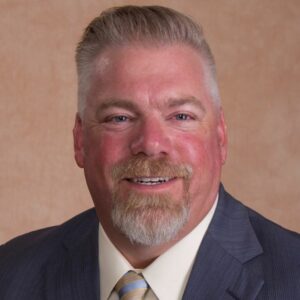 Over the next couple of weeks, Sean was in and out of appointments and consultations and given a myriad of options.  He called me one Saturday morning and asked if I could come over to help them with some errands and chores around the house while Gina was out shopping with the girls. I said yes and headed right over. When I got there, he had the computer out and wanted me to help him with his health directive.

At that point, it felt all too real that Sean was not going to live a life that resembled what it had been.  Even if all the miracle options came true, his time and quality of life were not going to be “normal.” The directive template asked some tough questions, and we went through them together. The mood was somber, but I couldn’t help but feel honored to be on this journey with him. I had recently lost a good friend after a long battle with Sarcoma and being in this situation only a few weeks later put me in a surprisingly calm state…or maybe it was numbness.

My parents and I owned a small business together, and during this time, the three of us were in a constant state of trying to work, support Gina and the girls, and take care of my brother the best we all could. 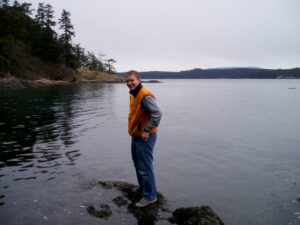 The week after Memorial Day, Sean was informed he qualified for a test trial of a chemo treatment at the Mayo Clinic. My parents, Gina, the girls, my sister, and I all decided to go down.  It would be an intensive regimen of experimental drugs administered over several days.  We were not holding out much hope as Sean’s condition had not improved, but he felt it was important.  Not only because it gave him a chance to extend his life, but the scientific research that could be provided for future patients.

The first night of his treatment came, we got Sean settled in, and no one felt great about what was about to happen, but Sean was adamant he wanted to try this. As we said our goodbyes for the night, I realized I needed to stay. Whether he wanted me to or not, I was staying in that room. We were up all night, as he could not sleep well.  Even in his weakened state, he was still the kindest, most polite patient anyone could ask for. We played music he enjoyed, talked about what he was feeling, and what he was going to miss if this didn’t extend his life as we all hoped it would.

In the morning I went back to the hotel to rest. The rest of the crew spent much of the day with Sean and I caught up with them later. I was going to stay again that night, but I could tell he was not doing well. That night he was much more subdued and in and out of sleep/consciousness. A huge sense of despair washed over me, but I couldn’t let him see that. 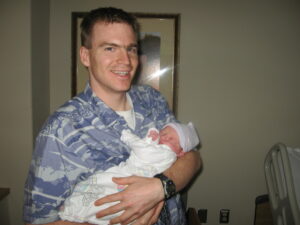 The next day I offered to take Anneke, Sean’s almost 4-year-old daughter, home with me for a sleepover.  Mayo Clinic is no place for a young child who understands her daddy is very sick. My son Rhys was almost 5 at the time, and Rhys and “Ani” were like brother and sister.  We were planning a trip to the Minnesota Zoo the next day as a reward for her being so good that week.

Saturday, June 4, 2011 was a beautiful spring day.  Rhys, Ani, and I went to The Zoo and had a great time.  We ate ice cream, played, climbed, and looked at “The Minnesota Trail” for hours on end.  I knew that Sean, Gina, Marlo (the 1-year-old), and my parents were coming back from Rochester late that morning, and we would meet them at Sean’s home in St. Louis Park.

As we were leaving the Zoo, my mother called. “Get Ani home. As soon as you can.” My heart dropped. I knew Sean probably did not have long on this earth. As we crossed town, I called my wife to meet us there as soon as she could.

Sean’s health directive indicated he did not want to die in a hospital, but rather at home. He had a bed and chair in the basement that he had been residing in. This made it easier to not have to climb the stairs, and he could exit to the garage and the car as they came and went to his various appointments. 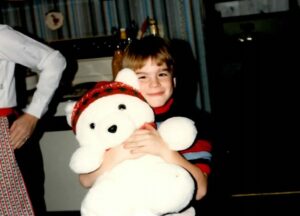 When we arrived, I found him surrounded by my parents and Gina. We brought Ani down to say hello.  I’m sure none of us realized that would be one of his last few moments where he could recognize all of us. We sent the kids outside and Gina and my Mom went in the back watching them.

Sean asked my Dad and I to help him into the bathroom. As we lifted him out of his chair, that may have been his last conscious moment. I had been there the day he came home from the hospital, the day he fell down the steps to the basement, and even the day he went down the hill on skis for the first time.  He was my best man, and I was his. Now he was dying in our arms. We got him into his bed, and I asked my Dad to go get everyone. Gina’s parents and Michelle had made it to the house by this time. Gina’s Dad was an ER doctor in Idaho, and he was instrumental in getting us all through this process. I had never watched someone die before. We all took our turns holding his hand or stroking his hair saying our final goodbyes and telling him it was ok to go.

When he took his last breath, this month-plus journey we were all on seemed like it had been years, not weeks. I know part of me felt it was a blessing that he went quickly given the severity of his diagnosis and did not suffer through months of treatments, nausea, and weakness to only do it again a week or two later. 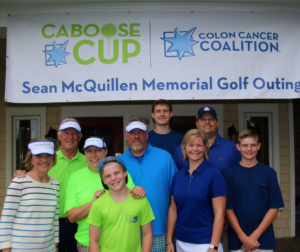 Part of me was sad that he didn’t have more time to spend with his young family and that his diagnosis wasn’t better from the start. You know, give him a fighting chance. He was so strong, and so healthy before this, I just KNOW he would have beat if it was caught sooner.

Part of me was just flat pissed off. Why him? Why not someone else? Why not me? These are feelings that only time can help you make sense of. I still experience all these from time to time. Especially as I read and hear about others who are just as young, just as healthy, and just as undeserving of this disease.

We celebrated Sean’s life on June 10, 2011. This also happens to be my birthday. It is a bittersweet day for me. Not because of that event, but because he will never be there to spend it with me. I still miss him, but whenever I spend time with his girls who are now 11 and almost 14, I see his kindness and intelligence in them.

Q&A: Walk a Mile (or more) in Crystal’s Shoes

Q&A: Walk a Mile (or more) in Crystal’s Shoes