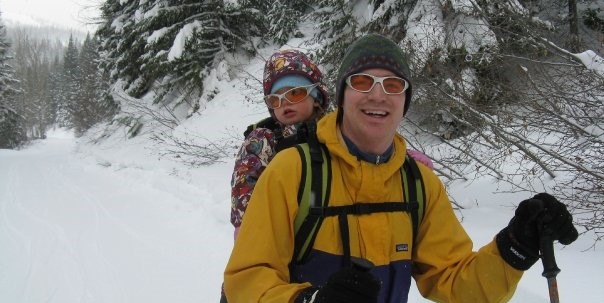 With the help of these two organizations, Dr. Lisa Boardman and her team at Mayo will be expanding a biobank (a type of biorepository that stores biological samples for use in research) to include both colorectal pre-cancer and colorectal cancer samples. The goal is to better understand what leads the normal colon to transform into a polyp, and in some cases to progress to cancer. Paula and Dan McQuillen at the Caboose Cup

Colon Cancer Coalition is contributing $50,000, raised by parents and caregivers Dan and Paula McQuillen, to an additional $150,000 given by the Ron and Martha Doornink Foundation through Fight CRC. The project addresses the alarming rise in colorectal cancer cases in those younger than age 50 by focusing on the differences in biology between young adult-onset colorectal cancer and older onset colorectal cancer.

The McQuillens lost their son Sean in 2011 at the young age of 34 following a brief 30-day fight with stage IV colon cancer. The money raised for the Colon Cancer Coalition came through the annual Caboose Cup Golf Outing they plan each year in their son’s memory.

“Sean was a loving husband, father of two girls, son, brother, nephew, and a great friend to many. There is not a day that goes by that we do not miss his infectious smile and gentle manner,” remembers Paula McQuillen. “It is wonderful to know that our efforts and money raised is being used to help find methods to prevent and treat other young people before they reach the same circumstances as Sean. We need this research to help save other young vibrant adults from the same fate.” Dan, Paula and Sean on a ski trip to Montana

Dan and Paula are eternally grateful for the care and compassion their son received at Mayo Clinic, the only medical facility that would consider treatment during his short 30-day battle with advanced-stage disease. The couple is thankful that they are able to give back by helping fund colorectal cancer research that will make an impact on the lives and treatment for other young colorectal cancer patients.

Where the Research Began

This project is an extension of the Biobank for Gastrointestinal Health Research, which opened in April 2000, at the Mayo Clinic in Rochester, Minn.

Dr. Boardman’s earlier research set the stage for this current project. Her findings indicated that there may be important differences in biology between colorectal cancer in young adults versus older adults. Notably, their team found that telomere length (structures at the end of chromosomes, which provide protection and become shorter with age) relates to the type of damage at the molecular level in cancers. “We found that we can trace these telomere and molecular events, and they may even be found in the normal colon and precancerous polyp. We determined that polyps that go on to transform to cancer have different telomere and genetic differences, which we believe may be good targets for early detection and preventing cancer by rerouting a polyp to molecularly resemble a polyp that will not transform to cancer,” said Dr. Boardman.

Currently, the Biobank has biospecimens from over 5500 individuals, including those who are healthy, those who have polyps, and those who have cancer. These biospecimens include blood, normal colons, colon polyps and cancers, stool for microbiome studies, and an epidemiology questionnaire.

Where Will the Research Go from Here?

Dr. Boardman and her team are now expanding their biobank to collect primary and recurrent polyps and cancers at different stages of development and in different age groups. They are also creating organoids, small living replicas of normal colons, polyps, or cancer that can be used to test drugs and the impact of genetic changes on the behavior of polyps and cancers. Paula with Sean at a family gathering

They will create these organoids from human patient tissue. The organoids will be used to understand telomere length as it relates to cancer, and ultimately predict whether a polyp may turn into cancer. This would be a huge step forward in clinical care. Currently there are no blood or tissue-based molecular tests used to tailor surveillance intervals for patients with polyps.

“The ability to determine a polyp’s risk for progression to cancer could have significant benefits for patients and the healthcare system, including reducing costs, reducing risks, and improving the use of colonoscopy. Through the support of Fight Colorectal Cancer and the Colon Cancer Coalition, we will continue our efforts to establish a pre-cancer biobank to support future studies on polyps in order to prolong health by preventing pre-malignancy in the colon.”