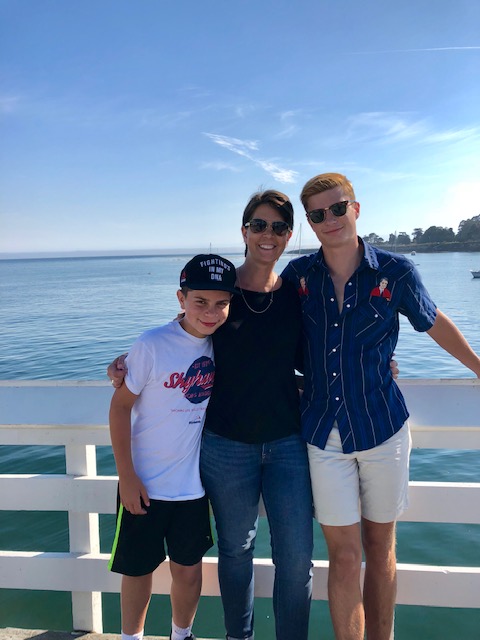 I’ve always faced it with as much hope and positivity as possible, but one recent incident really changed my perspective…  A friend asked if I would be taking chemo for the rest of my life.  I said, “yep, for life.” It sounded like I was in prison.  And then it dawned on me, I’m taking chemo for my life and I’m grateful every day that it allows me to have this life to live.  Rather than thinking of it as a life sentence, I now think of it as a gift of life.  The shift in thinking really opened me up.   – Cali Ritter 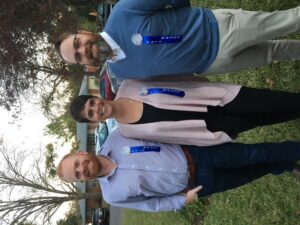 In early 2015, Cali Ritter’s life shifted drastically.  One day she was registering for foot races and the next she was receiving blood transfusions.

At age 40, with no family history of cancers or other anomalies, her yearly physicals were lumped into annual checkups with her OB/GYN.  She didn’t even have an official general practitioner.  That April, she’d find herself immersed in more specialists and medical terminology than she’d ever imagined.

Feeling slightly sluggish for a couple of months but still able to run 5ks regularly, Cali attributed her decreasing energy to her increasing age.  But her energy drain would be attributed to something far more significant issue than age.  In March of 2015 her sluggishness was accompanied by extreme belly pain shortly after eating.  Over a course of three weeks, after a lifetime of insignificant bowel movements, those became notably abnormal as well.  She scheduled an appointment with a general practitioner for an upcoming Monday, but found herself in the ER that Saturday.

With an iron level of 4.8, blood transfusions began immediately – along with a battery of other tests.   What she had chalked up to being the ripe age of 40 was actually the result of a dense lime-sized tumor blocking her colon.  The mass and 32 lymph nodes, one that contained cancer, were removed.  Cali’s colon was resectioned and a regime of chemotherapy was started merely as a preventative measure to eliminate the chance of cancer reappearing.  Barely breaching the stage three criteria, prognosis was hopeful. The medical team, Cali, her family – everyone felt confident about the plan.

All treatments do not work for all patients.  Chemo was not good to Cali.  After seven cycles, she presented peripheral neuropathy in her feet and her liver began to fail. Chemo treatment was halted and two years later, with colon cancer seemingly in the rearview mirror, Cali and her family planned a big move from Texas to California. 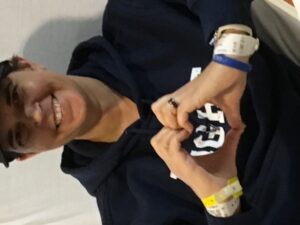 While on the road to a new life in California, Cali heard the news she’d never wanted to hear again.  Her cancer was back and had metastasized. Immediately realizing the positive healing power of family, long-time work relations and loved ones, her new chapter started with a jolt and a U-turn.  To date, Texas is the setting for an adventure that continues to this day.

As is the way with most quests, setbacks provide opportunity for enlightenment and new perspectives.

At MD Anderson, doctors removed the new cancer but not without complications – one lymph node was adhered to a ureter and ultimately broke the that ureter requiring surgery (and eventually a nephrostomy).  Her left ovary and fallopian tube were removed and ultimately the colon was resectioned once again as well. Chemo began again but after only one round, her liver began to fail… again. 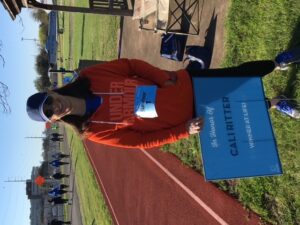 But Cali is not one to give up, even if her liver was trying to.  It was during this setback that Cali crafted a life-sustaining support net for herself: a therapist with experience working specifically with cancer patients, colon cancer support groups that included her peers in both age and gender, and after researching diet and its effect on the liver, she adapted a vegetarian lifestyle. So far, this multi-pronged approach has proven successful in keeping her mind, body, and spirit in a space of optimum health.

Interacting with other women close in age helps normalize the process, her therapist understands how to best help her navigate the mental health aspect of fighting cancer and thanks to her vegetarian diet, Cali has now undergone more than 2 dozen chemo treatments with liver enzyme levels remaining on target.  The cancer has been kept at bay, she has remained more engaged as an active participant in the journey, and it’s allowed her to help others who are struggling – which in turn helps her even more.

Frame of mind is key. Dark days will happen. Do independent research and don’t get sucked into negativity.  Investigate diet and its effect on the body.  Seek out therapists specific to your needs as a cancer patient.  Most of all listen closely to your body and do not put off visiting a doctor if you notice any changes to your system.

Relationships with people who feed your soul matter.  If your passion is work, find a way to work.  Be conscientious of language to,  I refer to my follow up appointments as quarterly reviews and I consider my long-term chemo presecrion, my chemo for my life – I life I’m so glad to have.  It’s the small tweaks that make all the difference.  – Cali Ritter 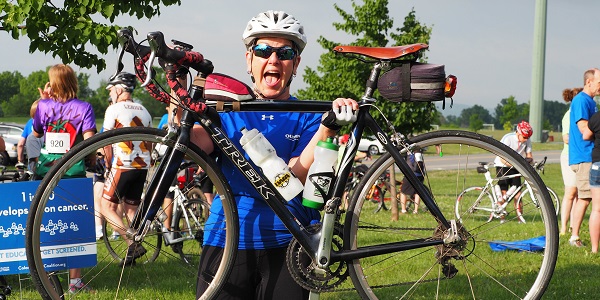