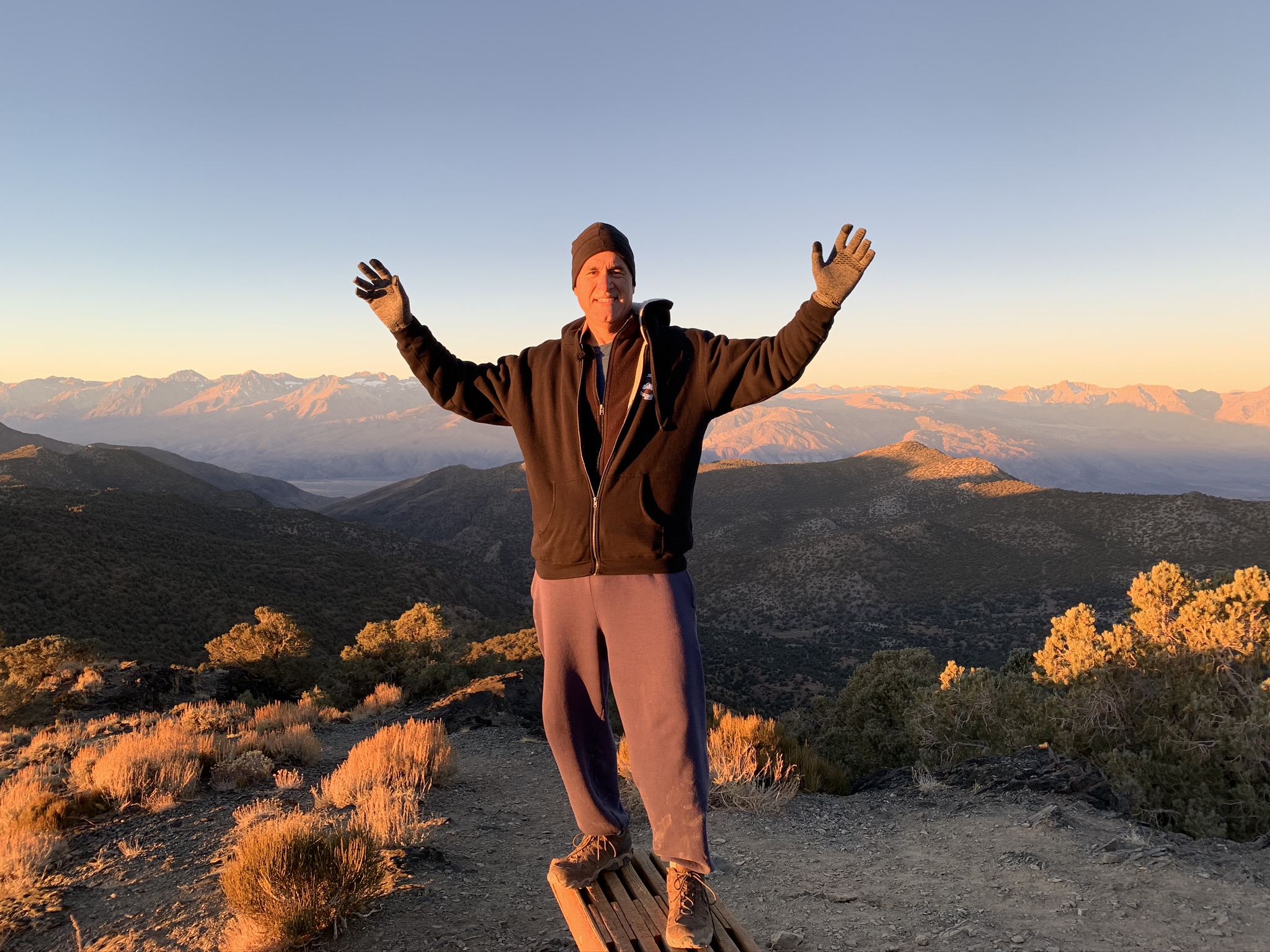 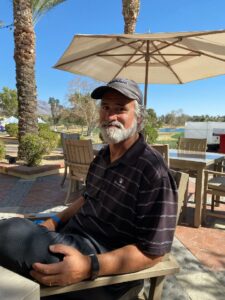 I really feel my situation is pretty classic – with my story, I was symptomatic for about 10 years before I went to get tested at the age of 53. I was passing blood but didn’t feel comfortable getting checked, despite friends and doctors telling me I should probably get a colonoscopy. I was very healthy and active and was running around 6-10 miles a day, so I really wasn’t too worried.

In the Spring of 2018, I thought it was about time to get an exam since I was around the 50-year mark and knew that’s when colonoscopies are recommended. I told my doctor I was ready for a colonoscopy and she got it scheduled, but even with the blood in my stool, she told me not to worry as it was probably nothing. All my doctors seemed so casual about the colonoscopy.

I remember waking up and seeing my doctor and wife standing next to me. My wife was crying and my doctor told me that I had a large mass in my colon and needed to get into surgery as soon as possible. He told me that he knew it was cancer even before the results came back from the biopsy.

After that, things moved quickly. It was almost surreal and I couldn’t quite grasp what the doctor had told me. The next day I went in for my first scan. They found a few small growths on my liver and lungs that turned out to be benign, but it was all so scary and happened so quickly.

After the first surgery, I wasn’t feeling well – I had difficulty breathing, heart arrhythmia, and developed a fever. I went in and found out there was an infection from the first surgery and was told I was probably septic, and I went in for emergency surgery. As they rolled me toward the OR, I remember wondering if I would wake up from the surgery.

I woke up and felt even more messed up than I had been before – I felt like I had been taken down to nothing. I had an ostomy bag and was completely bedridden. It took a long time to recover from that surgery. I still struggled to talk normally and had lost a lot of weight and looked nothing like myself. 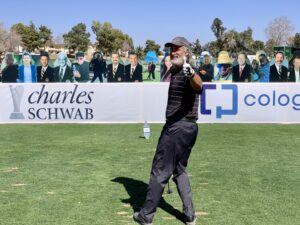 A month later I saw my oncologist for the first time. She told me that I was lucky and diagnosed my cancer as stage I, which meant I didn’t need chemo or radiation. I was overwhelmed with gratitude as I walked down the hallway that day and saw the other patients in chemo. I kept thinking that I couldn’t have taken any more than I had already gone through.

Six months later I had my bag removed. The doctors were very positive and kept telling me they expected everything to go really well, but at the exam a few days later, I was told that the first surgery had failed and that there were new tumor growths around my surgical site. They needed to do biopsies to see if the tumors were cancerous or not, and at the very least, I would need to do the surgery again.

The fear was very overwhelming as we waited for the results from the biopsy, but I had a spiritual experience where God told me that I was going to be healed of this and that He had a different timetable than I did. Sure enough, the biopsy showed that the tumors were benign, but I still had to have the surgery again. A few months later, I had the surgery again and it went much better. At the end of January 2021, I had a final colonoscopy and was told that everything is looking great. In fact, I’m completely back to my old self and I’m getting ready to go on a 30-mile hike in Southwestern Arizona later this year.  I am 55 years old now, with a new lease on life and very grateful God gave me the strength to not give up! 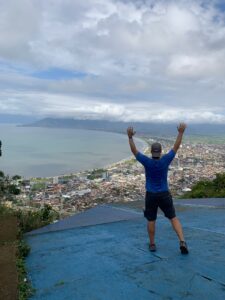 Through all of this, my wife and I decided to sell everything -all of our personal items, properties, everything – and start over again. We took a year off to reconnect and travel and figure out what the next steps were. It took me a while to recover from the trauma of living in that kind of fear and the multiple surgeries, but one day as I was walking on a beach in New Zealand I realized that I was ready to start work again. I believe God used cancer to redirect my life from the corporate healthcare world to fulfilling my dream of developing sustainable micro-enterprises in developing countries, to help support orphanages and the poorest of the poor. Today that dream looks like two nonprofit organizations, one called Care Connection Global Resources and another called Give A Watt.

All in all, I had five major surgeries, an ostomy bag, and then an ileostomy seven months after the ostomy bag. They were some of the most difficult years of my life. The lessons I’ve learned from cancer, though, have stuck with me: Get focused on this moment – not the past, not the future – because that’s the only one you can control. And if you’re having symptoms, please get checked: it may seem unnecessary or uncomfortable, but it is so much better to catch cancer earlier than later and I can’t imagine going through any more than I went through over the last three years. You never know how much pain and heartache you can be saving yourself and your family from by getting a regular screening. 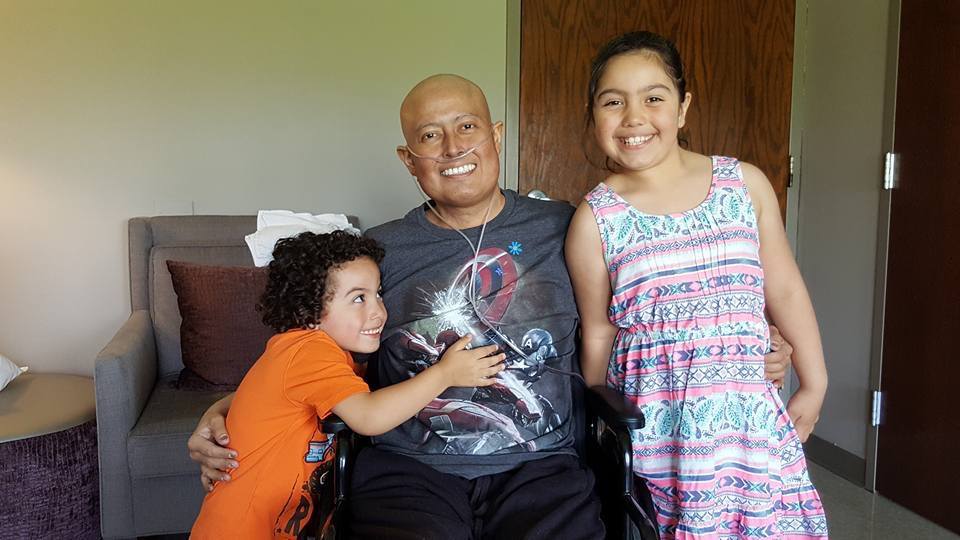