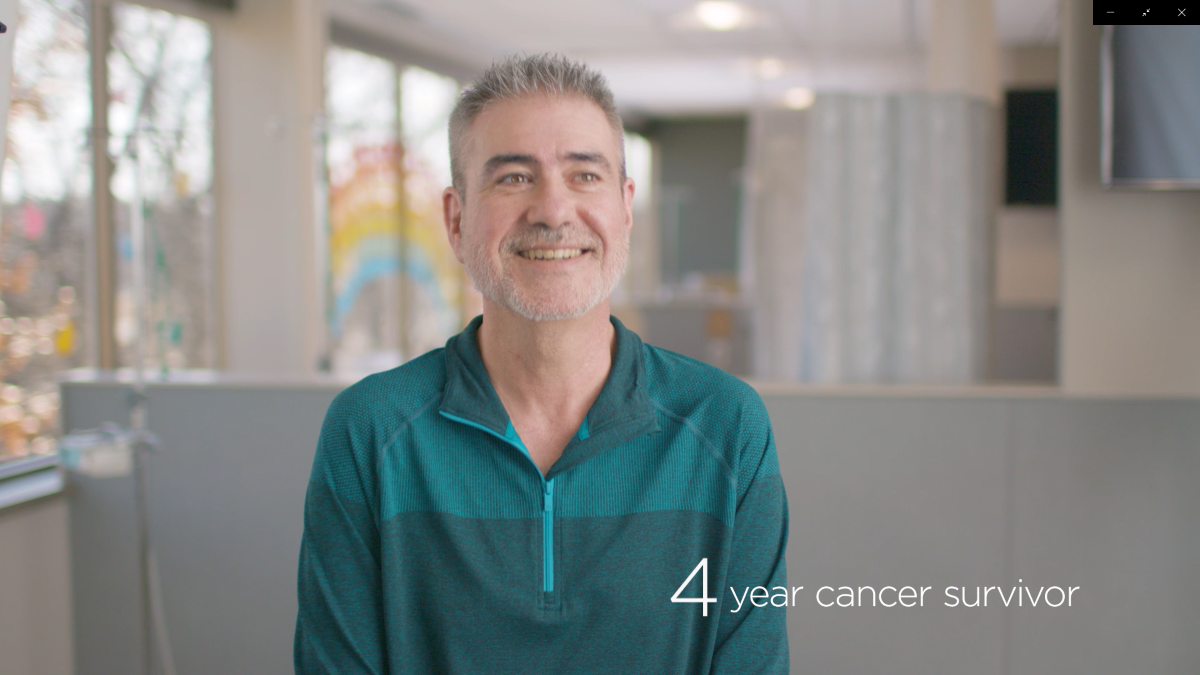 I was diagnosed on July 5, 2017, as stage IIIc colorectal cancer and was given 6-9 months to live …if I chose to do nothing.  Nothing?!? Well, I’m married with children so naturally, I decided to fight it. Although it took a year to do so, I finally beat cancer (so I thought) and was declared no evidence of disease (NED) in August of 2018. (Read the first part of John’s story here.) 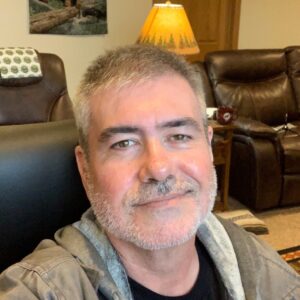 The first battle left its scars and left me with massive nerve damage, so I now walk with a cane but hey, I’m alive so, I’ll take it.  Then, in the summer of 2020 a spot in my lung that has been there since the very beginning decided to start growing.

By the fall of 2020 the spot was large enough to biopsy. Biopsy results came back as cancerous. Additionally, the DNA workup showed a perfect match for the tumor they removed from my colon back in 2017. Now since the cancer has now spread to my lungs, I am considered a stage IV (terminal) cancer patient. But fear not, terminal does NOT mean I’ll die tomorrow.  Well, unless I get hit by a bus or something.

I scheduled my tumor removal surgery for the end of December 2020. The one thing the surgeon said to me was… “don’t get sick.” So, what did I do? I went got COVID-19. Not just me, but my whole household, and my wife even developed pneumonia on top of that.

Surgery was cancelled, and I was not allowed to reschedule the surgery until the house was healthy.

Surgery to remove the cancer mass from my lung is now rescheduled for Monday, March 29. It’s a complicated surgery, that comes with many risks, but I’m ready for it. I have faith in my talented medical team.

As everyone I know can attest, I am a cancer warrior who will fight like hell and will, in the end, kick cancer’s ass once again.  I didn’t come this far along to have cancer take me out now.  I am not, however, a cat so I’m not sure how many lives I have left. I’m hopeful that I have at least one life left and I can rejoin the cancer FREE crowd once again.

I also say that things happen for a reason, 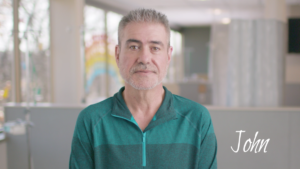 and although we may not always know why bad things like this happen to us or even understand the reasons, we need to respond in a positive manner as we are an example to others.

This is NOT about me.  It’s never been about me.  Heck, even if I can inspire one person to fight on or, help someone get through the war alive or help someone navigate the battlefield, then it’s all worth it to me.

So, regardless if I win or lose this war, the takeaway is this, get screened, advocate for yourself and never give up! Help others along the way and always be a great example to those who will face this tomorrow.  You just never know who’s watching.

Editor’s Notes: His surgery on March 29, 2021, removed the bottom lobe of his left lung and removed the cancer. The procedure was considered a success.

John is part of the Get Screened MN PSA campaign airing in Minnesota starting in April 2021. For more information about this campaign and to find screening options in Minnesota visit that project page. 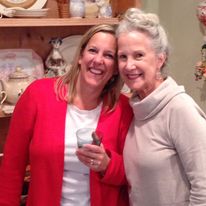