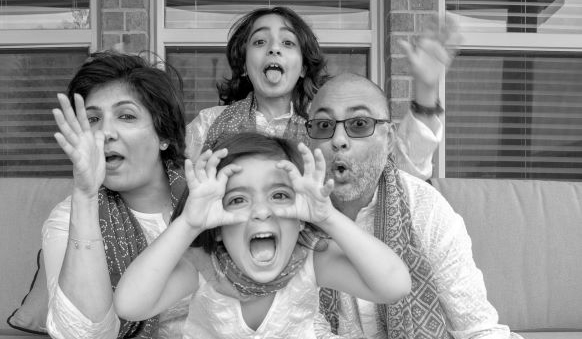 In 2017 I rang the bell signaling the end of chemo and treatment for colorectal cancer. Now nearly three years later I continue to talk about it so I can educate my family and others about what I went through.

Coincidence ? I think not. When I was diagnosed I obviously had to repeat my history to all the doctors I met and that helped them determine if this was due to something I did or was it family related. I had genetic testing done and it was determined that I have what is known as Lynch Syndrome.

So basically I was born with a high risk of developing colorectal or another type of cancer and at some point this was bound to happen. Could my colorectal cancer have been prevented? Yes, perhaps if I had done a colonoscopy maybe 1-2 years prior to my diagnosis, but I chose not to. I simply chickened out. I had convinced my doctor that cancer somehow was in my family and so he wrote me a prescription for colonoscopy, generally this is required after 50 but he wrote it for me based on that family history. 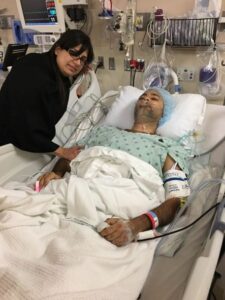 Why did I not do it? I didn’t understand it, I always thought I would be awake through the process and did not want to go through it, my silly ignorance, even when I was diagnosed with cancer after a CT scan they told me to confirm it, they needed to do a colonoscopy and I think I was freaked out more about that than the actual cancer diagnosis. Now that I know I would be asleep throughout the process, I am totally fine with it, so anyone hesitating it, please know that it’s only a two day process, one day in the restroom and one day for the procedure. You could potentially save yourself from a lot of the grief that I went through, you may even save your life.

I have been through a very interesting journey over the past few years with lots of ups and downs. During an ER visit I was initially diagnosed with a tumor in my colon that was about to rupture and I a short time later was told about spots in my lungs and liver as well. I did not understand too much about it and refused to Google it, I was going to leave it up to God and the doctors.

I had two major surgeries, stayed in the hospital for about 3 months, survived on IV’s, been poked for ports and tests countless times, had needles stuck in me thousands of times and god knows what else. I still suffer from neuropathy and still have diarrhea. But my being alive and kicking today is the biggest upside, I have been very fortunate and do not take it for granted as it really depresses me when I hear of someone losing their battle to cancer, only someone who has been through it can understand the feeling, the only other person that comes close to understanding those emotions would be your spouse or someone who cares for a patient on a daily basis. 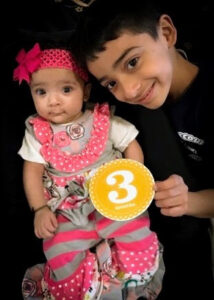 Even as a survivor, I still have a 5 year benchmark to reach, but unfortunately I have seen cancer always returns someday and when it does, it usually returns with a vengeance. As long as I get to spend quality time with my kids and wife, I will be happy. After all, at the end of the day, I answer only to them, they are the reason I fought to live.

My daughter Zoya was only 2 months when I was diagnosed. At one point I was even told I should avoid carrying her and unfortunately I do not remember most of her first year. Yes, I was there physically but I was in my own world due to treatments and medications. My son is a whole other story however. He was 7, and any other father with young kids will understand this when I say, to your little kids, daddy is like superman who can fix anything that is broken, if something needs to get done, daddy can do it. Imagine what he went through when he suddenly saw daddy, his superman, throwing up all the time, unable to do basic things like carrying a grocery bag, or just sleeping in bed all day. Even after successful treatment we are explaining to him that Daddy is alright now.

Mental health issues during and after cancer treatment are very real and need to be addressed rather than ignored, there is no need to be embarrassed, yes some intervention may be needed as we normally do not accept that this can happen to us. 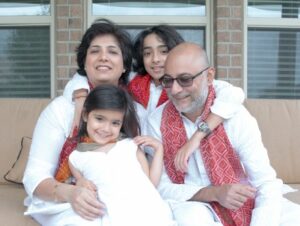 Neuropathy hit me very badly after around my 7th or 8th chemo and I could not do basic things like hold a pen or worse button my shirts, I needed the help of my wife and son to help button my shirt. If I went to get groceries, I needed two hands to hold the pen to sign the credit card machine and even then had difficulty, when I would try typing on a keyboard I would be pressing the wrong keys, I would step on my son’s feet sometimes without even knowing. My hobby is photography. Several times I would press the button to capture an image and nothing would happen because I was not pressing the shutter button or could not feel it. One of my doctors realized my mental health struggles and recommended I seek help. I am grateful, as this helped me come back a different man.

Since I first shared this story publicly with my family and friends on Facebook some relatives reached out to me personally, one confirmed the Lynch diagnosis, one thanked me for forcing him to do colonoscopy as they found polyps, someone else did not know what to look for in the report, I told them and later confirmed that they had the Lynch mutation, the only sad thing is that they do not want to spread the word, hopefully this post will make them rethink that decision.

My advise for others with a family history of colon or other types of cancer:

Shams recently participated in “Living with Lynch,” a collaborative weekend where the Colon Cancer Coalition and Aliveandkickn brought together a small group of individuals and families impacted by Lynch syndrome. The group not only learned more about advocating for themselves, but were able to discuss the mutation with experts in genetics, research, and treatment so they could become more informed advocates for others.

He also shared a poem he has written about his experiences with cancer and Lynch syndrome. You can find that here. 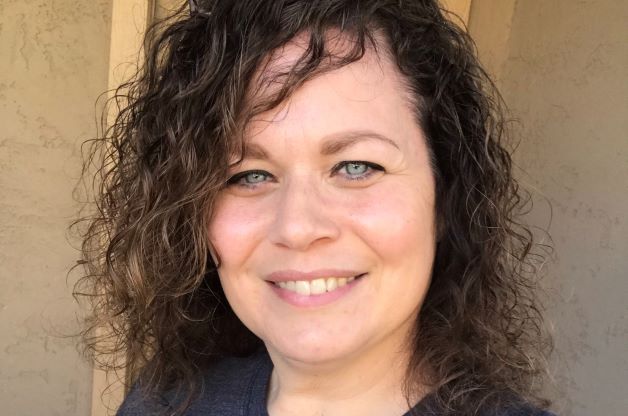