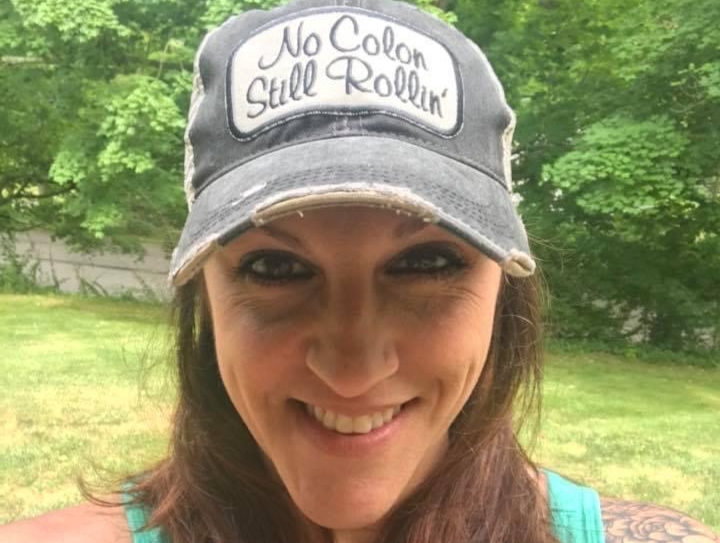 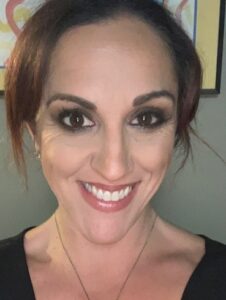 That was how Jaime’s doctor described her colon. Her mother, Lois, had had six pre-cancerous polyps removed, and both her maternal  grandfather and paternal grandmother suffered from colon cancer.  At 31 years old, Jaime had her first colonoscopy.

When the anesthesia wore off, Jaime’s doctor broke the news. “My colon was carpeted with small, tubular adenomas. My doctor told me she stopped counting at fifty, and as soon as I could stomach another colonoscopy I had to come back.”

Jaime continued with routine colonoscopies every three to six months. Her polyps were removed during one visit, but the tubular adenomas would come right back.

“It was almost a joke in the practice—I became a walking time bomb.” 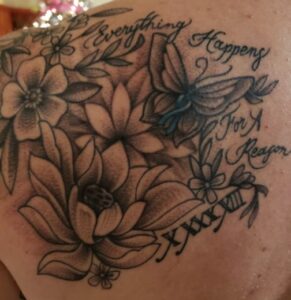 Jaime and her family were genetically tested through Yale’s Cancer Center, and were diagnosed with a version of Familial Adenomatous Polyposis (FAP). They’re carriers for the colon cancer gene, but the specifics of her family’s gene have yet to be fully understood by researchers.

“On October 30, 2019, I had my colon removed. I still have to get a  sigmoidoscopy every 3-6 months, and they still find polyps but not nearly as many.”

Jaime uses her experience getting colonoscopies to encourage others. She’s talked to numerous friends, co-workers, and family members, and helped them understand that colon screenings are a normal and routine part of preventative medicine. Her ability to talk about  colonoscopies, and dedication to normalizing them, has led to friends getting screened and one even being diagnosed with Lynch syndrome. Jamie is always willing to lend a hand and support through the process. 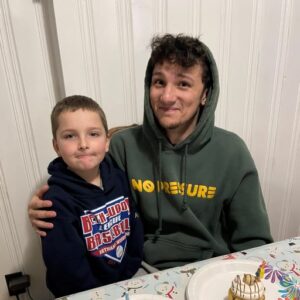 “One of my friends had a colonoscopy two years ago, and was diagnosed with Lynch syndrome. She wanted to know how I made decisions and what I would do differently. We really connected on a spiritual level. These surgeries are not as common as people think. My mother and I both had the same surgery, but our outcomes are different. She can eat foods I can’t eat, I get dehydrated very quickly, and she doesn’t. I’ll tell you the rawest version and answer your questions. I’ve given my friends my doctor’s number, and always talk to them about getting their colonoscopies done. I even have tattoos to get people talking about it.”

For Jaime, patience and having understanding from others has made this process easier. Co-workers and family members support her by making food choices available that are easy on her stomach, or simply being an ear when she’s having a tough day  .

In her family, getting screened is normal. Her 22-year-old son just had his first colonoscopy, and  her six-year-old son understands when she’s prepping.

Get Your Rear in Gear Goes International

Get Your Rear in Gear Goes International