My name is Linda Vieyra, I received my Masters in Special Education at the University of Southern California and I currently work as a Social Worker for disabled adults.

My husband, Carlos Vieyra who just turned 33 has no history of Cancer in his family, so when we got the news that he was diagnosed with Stage III A Rectal Cancer, it was a major shock.

In early 2011, my husband began with occasional rectal bleeding and blood in his stool. As it wasn’t consistent, he thought maybe it was hemorrhoids.  In September 2011, the bleeding became more consistent and this time was accompanied with constipation and stomach pain.  After scolding my husband about his health, he finally made an appointment to see our general physician.

In late September, my husband under-went a colonoscopy.  A tumor was discovered a couple of centimeters in the rectal area.  A biopsy was performed and we had to wait the results.

A week later, on October 5, 2011, my husband received a phone call from his I.G. doctor stating that the tumor was malignant. A consultation with an Oncologist and Surgeon was scheduled and it was determined that the tumor hadn’t penetrated through the entire wall of the rectum and surgery then chemo and radiation would be the best option.  It was noted by the physicians that they would be treating this as an aggressive cancer as my husband was only 32 at the time of diagnosis and no history of cancer ran in his family.

In November 2011, my husband underwent surgery to remove the tumor and luckily, thanks to the wonderful surgeon, Dr. Hima Ghanta with Southbay Surgeons at Providence Little Company of Mary in Torrance, Ca., she was able to reconstruct his rectum and avoid divertion.

In December 2011, 6 weeks after surgery, my husband began chemotherapy and has been on Chemo for about 5 weeks now.

When we found out about the Cancer, this sudden fear took over my body, mind and soul.  I felt like a little girl again, afraid of the unknown, needing to be reassured every second of the day.  I immediately called my Mom and burst into tears.  I cried on the phone for a good 10 minutes and even though it was silent on the other end, I knew my Mom was letting me cry and just knowing she was on the other end of the phone gave me slight comfort.

Mood swings and tiredness were a part of Chemo.  It was rough in the beginning and seeing my husband after his I.V. treatment, how frustrated he would get, would hurt my heart.  The sensitivity to cold things, him having to wear gloves to get something out of the fridge was and continues to be a side effect.  Tingling sensations in his arms, hands and feet as well.

I never in a million years thought we would be going through this.  Cancer is my biggest fear! I have a history of Cancer on my Mom’s side and I’ve lost aunts and grandparents because of this horrible disease.  I immediately began thinking of our 5 year old son and his future.  I didn’t want him to grow up with out his daddy.  How would I even begin to explain to my 5 year old about what his daddy has and why he would be required to get a Colonoscopy at such a young age? Thankfully, my husband has remained in a positive state of mind from the beginning, and constantly gives us motivational talks about remaining positive for his well-being.

His positivity through-out all this amazes me as he’s my TRUE hero, my bestfriend and my soul mate! I couldn’t possibly imagine my life with-out my husband and my son with-out his daddy.  My husband is the rock of our family and we refuse to lose him to Cancer.  Our family has been extremely supportive, we’re so thankful that we have the support we have during this difficult time. Family supports makes a world of difference.

My words of wisdom: REMAIN POSITIVE!!  I can’t urge how important it is to stay positive.  My husband told me he wasn’t going to cry over this.  His will and determination to win this is what keeps him going.  Talking about what you feel is always good and being afraid is okay.  Never keep your emotions in, it’s okay to talk to people about your situation.  POSITIVE thoughts bring POSITIVE outcomes.  I know it’s easier said than done, but if it wasn’t for my husband’s positive attitude, my fear would continue to over-come me.  Appreciate every second, life is precious, don’t waste it away by worrying, know in your heart you’ll over-come this and have faith that only good things await you. 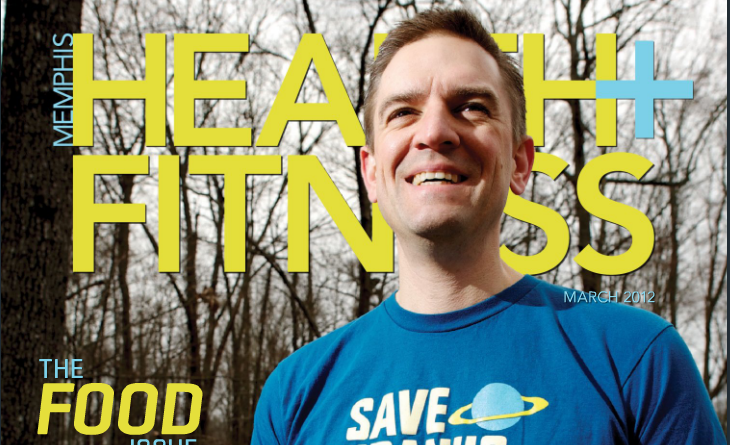 Memphis Doc Looks to Save Uranus

Memphis Doc Looks to Save Uranus