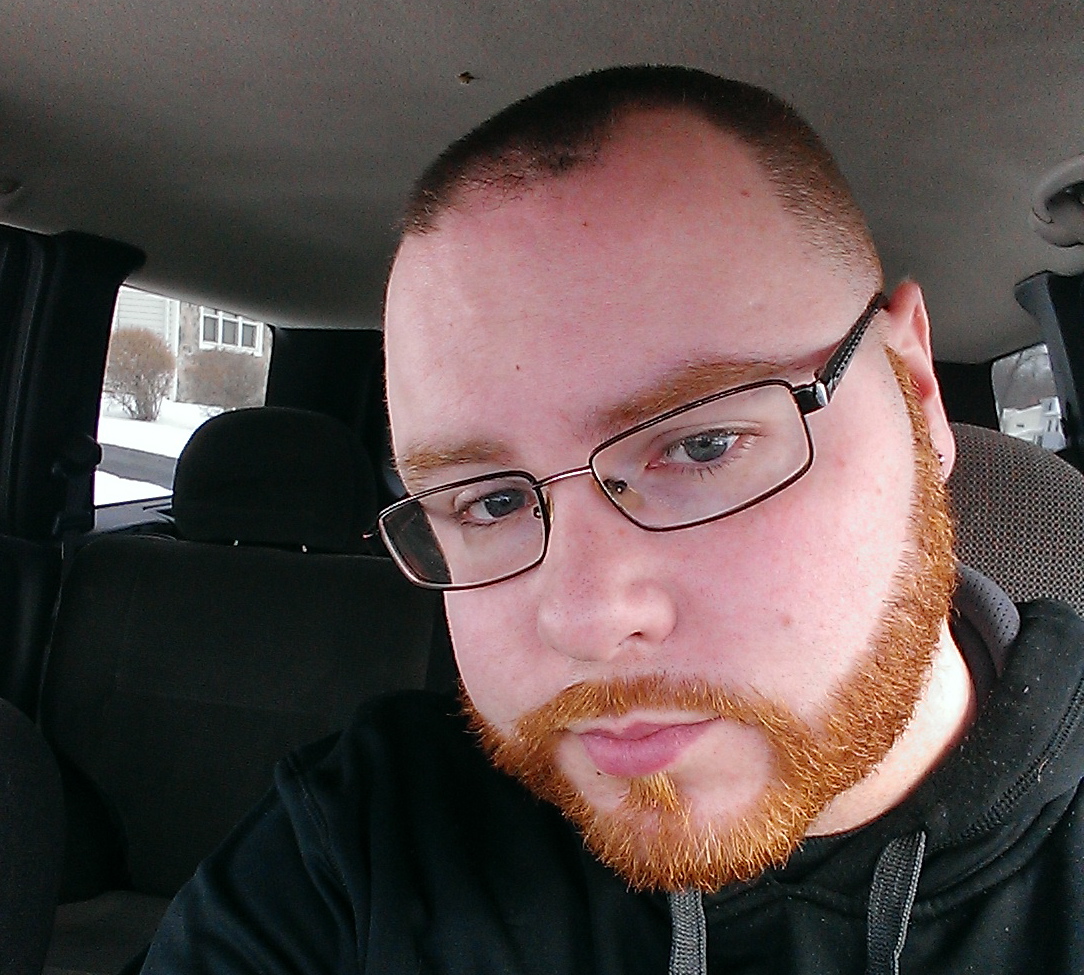 It was December 3rd; I just finished working a long shift when I started to tell my Aunt Bear that I haven’t been feeling well. I was always tired, never really wanted to do anything, and couldn’t get up a set of stairs without having to stop at the top to catch my breath. If I was laying down and got up, I’d almost fall over because I would get so dizzy, but most of all I loved chewing ice, its all I wanted to do in life.

Anyway, Bear looked at me and said she had noticed I wasn’t looking so good then preceded to ask me why I haven’t gone to the doctor. I told her that I didn’t have health insurance and couldn’t afford it. Not even fifteen minutes and she already found me a doctor that would pull my blood and run the tests for me. Joseph and a his fiance, Lauren.

December 5th, we were all at the dinner table. I get a call from the doctor, I answered the phone and they told me there was an issue with my blood work, my hemoglobin level was very low, and it’s very dangerous, a 6.1. I immediately was told to go the ER.

After a few short questions we hung up the phone and I told my mom what the doctor said, looked at everyone sitting at the table and realized that this wasn’t going to be good but I waited until the next day to go to the hospital.

December 6th, I’m being told that I’m losing a lot of blood but couldn’t figure out from where. They ended up running a few tests, as well as raise my hemoglobin count. They start transfusing me with 3 units of blood. At this point, I have most of my family around me, as well as Lauren, my fiancé, were all they’re trying to make light of the situation.

December 7th, Dr. Goldstein entered my life for one reason and one reason only, and that was to make sure I was smiling. This woman single handedly made my situation easier for not just me but for my mother who also never left my side.

That day I had my first scope and it came back clean, she was surprised because she was sure that we were going to find something there, so she says since you’re here tomorrow we will set up a colonoscopy.

The next day, December 8th, after a wonderful night of prepping for this test it was time. The last thing I remember before the test was Dr. Goldstein saying, “no matter what we find, you’re going to be okay.“ Once I woke up from the anesthetic I had Dr. Goldstein standing nearby and of course, my mother standing over me crying.

The doctor had told me they found a tumor that is about 2 cm around and that they were sending it out to biopsy because of the potential of it being cancerous. She said that they had to see how far along it was if it was even cancerous and that she thinks I’ll be all right. At the age of 26, I was diagnosed with stage III colon cancer.

Dr. Goldstein being the stand up woman that she is, saying she thinks I’m going to be okay was good enough for me. Which inspired me to have a positive outlook on this new challenge facing me in my life. Joseph with is brother and sister.

I suppose that at this point it didn’t really sink in yet. My mom said that she was going to take care of telling the family. But there was one phone call I had to make, so I called Lauren, and then it hit me. I have cancer.

I tell Lauren that she needs to come to the hospital right away. I could only imagine the thoughts that must have been going through her head. She finally arrived at the hospital and sat next to the bed, what I was about to tell her was one of the hardest things I ever had to do.

Later on that night, the two people in my life that I never wanted to see me in this condition walked through the door. Danny walked in and said “King Kong has got nothing on you,” and hugged me, and Lisa did her passive “I’m not going to cry” act that she always does.

After much thought, out of everything in this world that I am, good and bad, I am an uncle now and I’m a brother that had an example to set. There was no way that I was going to let this get to me; I was going to fight, not just for me but my family.

December 9th, I met the man that was sent in to save my life. Dr. Zinkin was in charge of going into my body, removing the tumor, removing the part of the colon that had the tumor, and basically re-attach my body like the cancer was never there. I spent the weekend prepping for the surgery and hanging out with my family.

Monday, December 13th the tumor was removed, part of my colon was removed, and now I’m on my road to recovery. Recovery was a lot easier with family members coming in and out, the woman of my life being there and my doctors just being amazing. Recovery was so easy that the following days after surgery I was walking and come Thursday I was able to go home

Unfortunately, not long after recovery I woke up with a fever of 104 degrees and was in a bit of pain. I had to be rushed to the emergency room, they took me in fast, Dr. Zinkin showed up, told me that it looks like where he re-attached my colon had broke open and was leaking into my body. Then he said that we can wait until the morning to see if it closes by itself or was going to have to cut me open again, clean me up and put in a colostomy bag. Joseph with friends and family at a Get Your Rear in Gear race last year.

That night, I was in so much pain I couldn’t even breathe, they couldn’t give me pain meds because it would have hid the pain if the surgical spot burst open. The doctor said it looked like a bomb went off in my stomach, everything was still swollen from the last surgery and it was just bad.

One incident that happened with the bag was when we had to change it for the first time by ourselves. Because I didn’t have health insurance I could only work with what was given to me for free at the hospital.

Lauren, my mom and I were very frustrated with the bag staying. I just broke down from there. Then my mom says that she’s going to call Missy over and without even taking a breath, Missy was now standing over me, trying so hard to make it right. Missy, I never got to really say thank you, you have no idea what having you around did for my mother and I. We really appreciated it.

Not long after, I started chemotherapy and it was a whole different experience in its own. At first it wasn’t too bad, but as it started to build up in my system it got worse. My mood started to change and I started to develop “chemo brain”. It made me very irritable with specific things, such as touching anything that was cold.

Fast forward to the last chemo, which I’m glad to say with all of my hair, I still had my family and friends, which was most important.

September 19th, I had my bag reversal surgery. Dr. Zinkin went in and worked his magic and when I woke up, the bag was gone.

The road to recovery has been a long one, and it’s far from over, but I’m okay with that because I now know that I will remain strong. Being diagnosed with colon cancer made me a stronger person all while making me enjoy the smaller things in life.

I’ve had people come to me with health issues over the last couple of years and the only advice that I can give is that you have the disease, the disease does not have you. During treatment you have to keep doing the things that make you, you. Your main goal is to get through it.  Learn from it, it will make you a stronger person.