By Rosalyn ZirngibleJune 2, 2015Faces of Blue 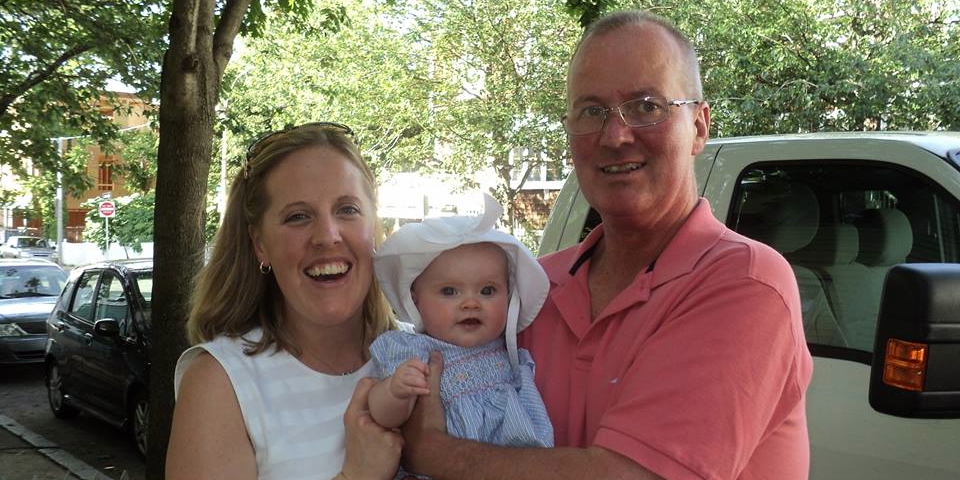 Dr. Saif at Get Your Rear in Gear.

Update Sept. 19, 2015. Colon cancer returned with a vengeance on August of this year and the Get Your Rear in Gear – Boston team was devastated to learn of Billy’s passing on Sept. 5, 2015.

South Boston entrepreneur, Billy Hartford, owner of the South Boston Running Emporium began supporting Get Your Rear in Gear – Boston in 2011. In early 2014, two months after the 2013 5K, and just two weeks after the birth of his daughter, fate stepped in and Billy was diagnosed with stage IV colon cancer.

His only symptom? A week of stomach issues that sent him to the emergency room. At only 48 with no family history, he was still two years away from the recommended age for a colonoscopy.

On January 16, 2014, Billy underwent a colonoscopy that found a large tumor on his descending colon, blocking approximately 70 to 80% of the colon. Along with the tumor a large amount of ascites fluid throughout the peritoneum was discovered. The result? A stage IV diagnosis. Fotunately the fluid had not caused the cancer to metastasize beyond the tumor in the colon. Billy and his family at a local Get Your Rear In Gear event!

Two days later a port was installed and a week after that the first of six-months worth of chemotherapy began at the direction of Oncologist Dr. Wasif Saif. Within the first three months of chemo the ascites fluid essentially disappeared and the tumor on the colon had shrunk by 70%.

Not even a year after his diagnosis and following the months of chemotherapy and major surgery he, along with his Oncologist Dr. Saif participated in the 4th annual Get Your Rear in Gear – Boston as a survivor. There he was joined by countless other colon cancer survivors and caregivers, as well as his mother, his wife, 10-month-old daughter, and much of his extended family. 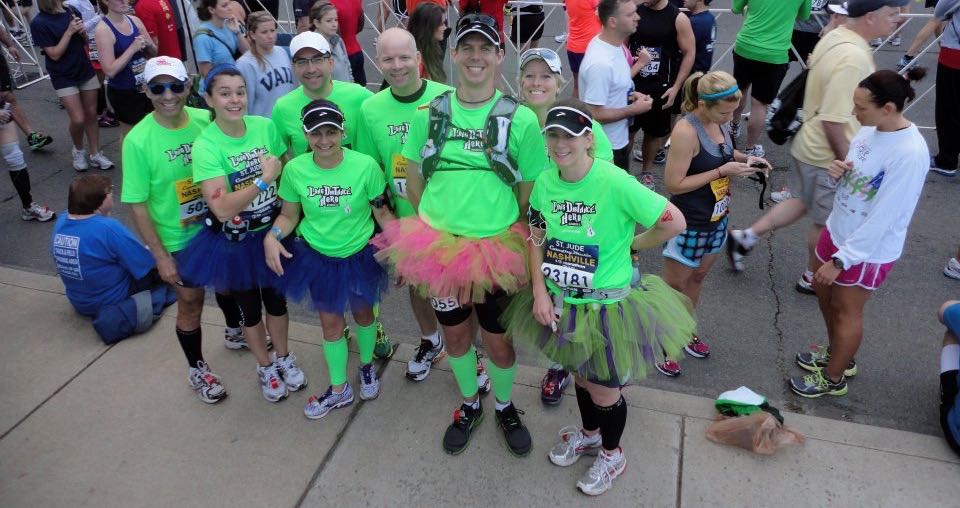