By Caroline BurnsMarch 6, 2016Faces of Blue 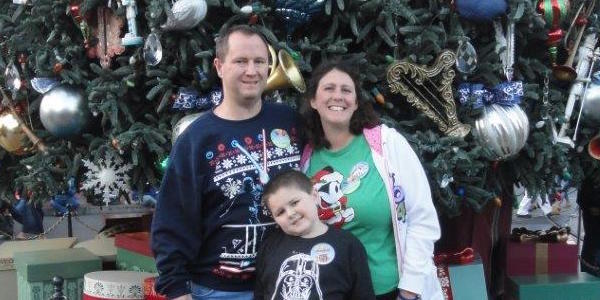 In November 2014, I was diagnosed with what was believed to be Stage I rectal cancer after a colonoscopy for some bleeding. I was only 39 years old. Upon further testing, it was determined to be Stage III rectal cancer. We got this news two days before Christmas. I remember sitting in the oncologist’s office on Christmas Eve and thinking how it was so surreal. Cancer changed our lives completely. Originally we were so overwhelmed with the diagnosis that we did not know where to turn. Explaining it all to a seven year old was so overwhelming too. Our church and school communities rallied around us in so many wonderful ways. We received support from so many amazing people. Our school even designed and sold shirts to support me and our fight. My husband was so amazing throughout the entire year and held my hand and supported me every day! Our families also supported us so much and put their lives aside to help us however we needed. 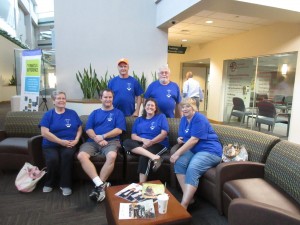 In January 2015, I began six weeks of radiation and oral chemo pills. In April 2015, I had a rectal resection surgery that was done using the daVinci system. I battled dehydration and nutrition changes after this surgery. Six weeks later, I had a chemo port installed. Then I began what was to be eight chemo treatment infusions over the next 16 weeks. After the first treatment I developed a blood clot and a pulmonary embolism. The first port was removed and a second port was placed on the other side of my chest. We continued with my infusions however each treatment would require my port to be found by a radiologist first as it moved deeper into my chest each week. I finished my chemo treatment in mid September 2015 and had a reversal surgery in October. In November our family travelled to Disneyland to celebrate my good health! As of January 2016, I am cancer free and dedicating my time to living healthy and helping others. 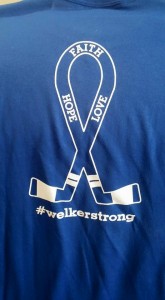 Now that I am healthy our family has committed to becoming more physically active and healthier in our choices. I feel that my recovery is an amazing blessing from God and I am doing everything I can to make the most of every day. I am setting a goal to eventually run a 10K and maybe even a 1/2 marathon in Disneyland. I am looking for more volunteer opportunities. I am spreading awareness about detection and colorectal cancer. It is important to be positive, even when it is toughest. During my yearlong fight, I had some very tough days but my attitude is what got me through it all. Also, find your faith and hold onto it. My faith is truly what gave me strength on many days. Also, find a support system however you can. When I didn’t feel strong enough, those were the people that pulled me though. 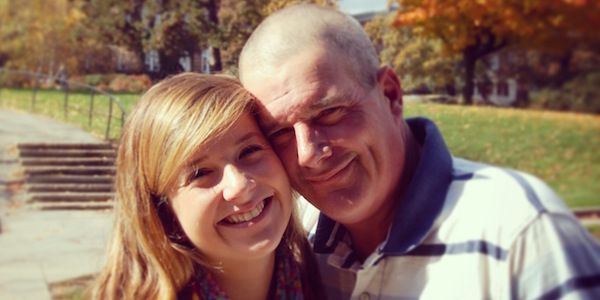