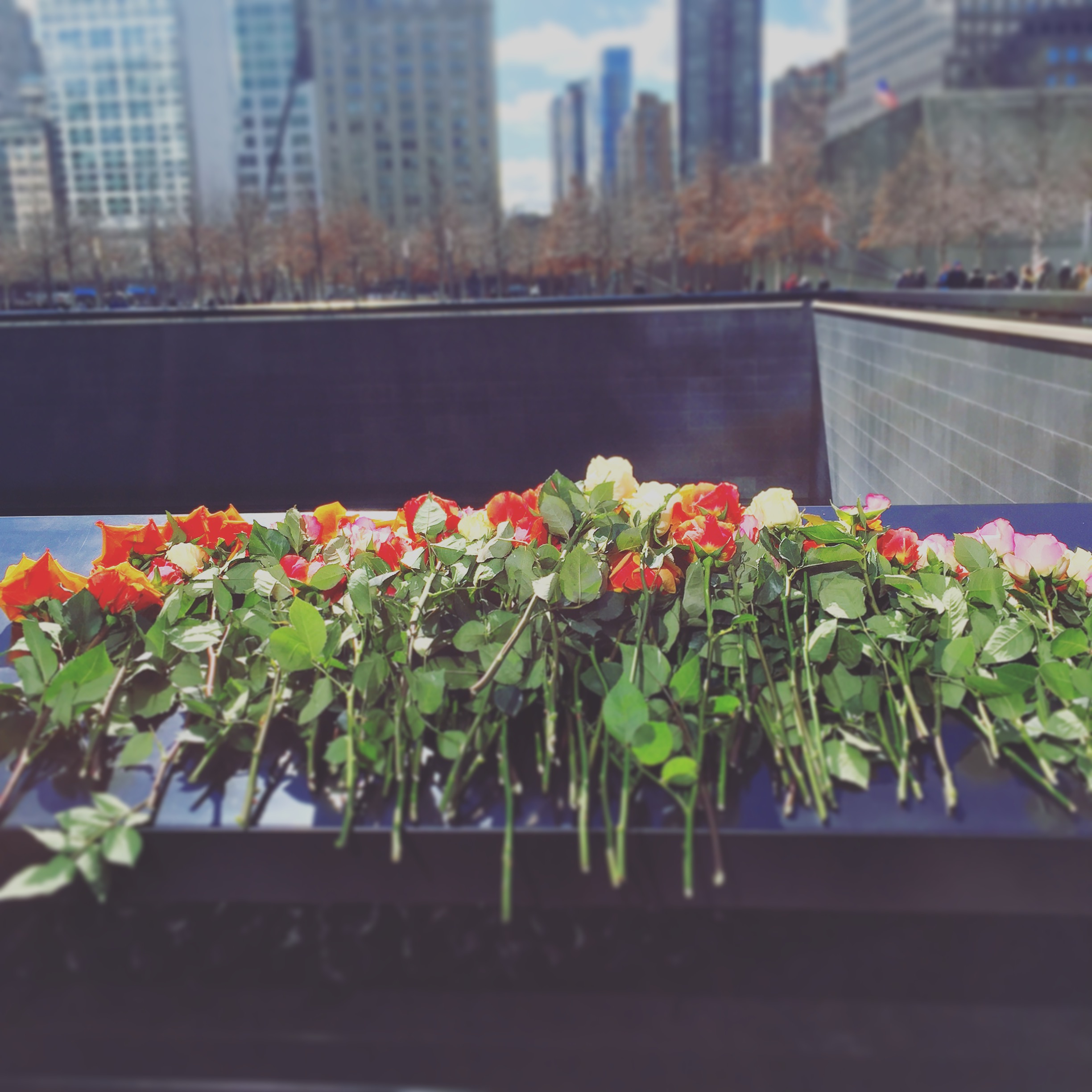 This guest blog was written by written by Lisa Elam, Program Manager for the World Trade Center Health Program Outreach at the Mental Health Association of New York City. In addition to providing mental health support for those directly involved and impacted by the World Trader Center disaster, MHA is raising awareness about the physical repercussions of being present in lower Manhattan after the towers fell. For many, exposure to toxins in the dust cloud has led to an increased risk for cancer. Lisa shares with us the story of one first responder – now battling stage IV colon cancer. Colon cancer survivor Gerry Ahern comes from a long line of police and firemen, so on September 11, 2001, when he saw the billowing clouds over the World Trade Center on his way to court in Brooklyn, commandeering a Verizon truck to get into Manhattan made perfect sense. He did not question  whether it made sense to spend that long chaotic day on the 58th Street pier helping evacuate the  injured and dust-covered survivors of the World Trade Center disaster either.  He just did it. In fact, as an NYPD detective assigned to the Intelligence Division, Gerard worked tirelessly on rescue and recovery  efforts in the “pure chaos” of Lower Manhattan in the months that followed September 11th.  He  engaged in surveillance, searched for remains, and generally helped on the “pile,” as the wreckage of the collapsed World Trade Center was called.

Gerry had wondered about the impact of working in the dust and debris often, without proper safety equipment. But as a police officer, he took his oath to “protect life and property” unquestioningly.  Early on he, along with other first responders, signed up to by followed by the Medical Monitoring and Treatment Program at Mount Sinai hospital.  Through this program, first responders were screened for health and mental health conditions on a regular basis.  Gerry stopped going after a few years because he continued to feel healthy.  It was more than 10 years later, when he was having persistent difficulty with bowel movements that he began to wonder if something was wrong.  In fact, research and clinical experience have shown that after exposure to toxins on the level of the 9/11 dust cloud, more serious health conditions, including many cancers, emerge about 10 to 12 years after exposure. By then, Gerry had enrolled in the World Trade Center Health Program.  Funded in 2011 by the Zadroga Act, this program was put in place to provide medical monitoring and treatment for emergency responders, recovery and clean-up workers, and volunteers.  The program also serves anyone who was present in the dust cloud on September 11th or who lived, worked, or went to school in the New York City Disaster Area on and after September 11th.  There are 8 Centers of Excellence that provide  health and mental health care at no cost to these two groups of people.  While receiving health care at the Queens, NY-based Center of Excellence, he was encouraged to get a colon cancer screening.  This was based both on his age at the time — 49 years, and his exposure as a responder.

The screening revealed that Gerry had stage IV colon cancer, and within a few short days of his diagnosis, he underwent surgery to remove the tumor. Gerry expresses admiration and awe for the diligence and efficiency of his incredible team of doctors.  Through the surgery, his doctors determined that the cancer had spread to his liver.  Gerry has also had chemotherapy, and is in the process of radiation treatment.  At the time of his diagnosis, Gerry was given a life expectancy of 24 to 30 months.  He is now 21 months out and maintaining his positivity and focus on being present for his family.

When asked if he has any advice for other responders and survivors of September 11th, and anyone who has an elevated risk due to exposure to toxins or other risk factors, it’s to “really listen to yourself and your body.” Gerry believes that if he had responded immediately to his own symptoms and gotten screened, he could have caught his cancer at an earlier stage and increased his survival chances significantly. When asked about what stopped him from checking earlier, he cites the shame, fear, and denial often associated with cancers in general, and colorectal cancers specifically.  This was exacerbated by the  intermittent nature of the symptoms. “They came and went, so every time I felt better, I’d hope they were gone.”  On some level Gerry knew that what he was feeling was not normal.   He cautions, “If something doesn’t feel right, get it checked out! You owe it to yourself, and your family to go and get tested”.  As for the time and effort Gerry committed to the World Trade Center rescue and recovery process, he has no regrets and does not question his choices.  He says, “I’m sick for a reason.  I was not trying to be a hero or get a pat on the back.  That’s just what you do.”

Editor’s note: Through the World Trade Center Health Program, the CDC is studying the risk of exposure to the dust cloud at ground zero, and its relation to the increased risk of cancer. As of July 2015, 168 cases of colon cancer have been diagnosed in 9/11 responders and survivors.
In October 2016, Retired NYPD Detective Gerard (Gerry) Ahearn passed away from World Trade Center-related colon cancer.

Wichita Grant Provides Colorectal Cancer Services to Those in Need

Wichita Grant Provides Colorectal Cancer Services to Those in Need