My name is Tommy McGee and I’m married to an awesome, wonderful man by the name of Patrick McGee. Patrick is a decorative artist and painter extraordinaire who refinishes and remodels homes and commercial businesses.

For the past 23 years, I’ve worked for an awesome Intermediate School District in early childhood. My ISD not only offers a wonderful disability and health care package, but saved my position for 14 months while I was off during my cancer treatments and multiple surgeries. This was a tremendous relief to know we wouldn’t lose our home. We have a poodle and a doodle we rescued and a beautiful home we’re in the process of completely remodeling. 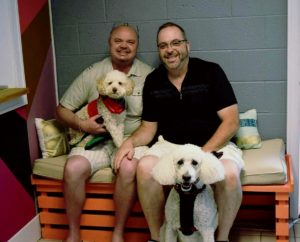 I met the love of my life at 45! Patrick was like no one I had ever met before; so kind and thoughtful and considerate. He said he prayed and meditated to find a man to love: me. When we met, he said there was a bright, white glow around me and knew I was “the one.” I asked him how much he had to drink! He was handsome, charming, talkative, and immediately caught my attention. So why do I share such an intimate moment? Without him I wouldn’t be here, I’d be a tragic mess. I fought for my life because I wasn’t willing to fall in love just to die shortly thereafter like some made for TV Lifetime movie. I also believe a romantic relationship shouldn’t have to end because of a disease, if you are with the right person. We were married on Saturday, August 29, 2015, on a beautiful lake surrounded by an incredible flower garden, family, and friends.

In October of 2016, I saw my internist for a routine physical and asked for a colonoscopy because I turned 50 and insurance would cover the costs. I wasn’t having any symptoms but I strongly believe in preventative care. A few weeks later, I woke up in the recovery room after the procedure and my internist shared he found a large cancerous tumor in my rectum. I argued he couldn’t possibly know it’s cancerous without pathology but he said, “I’ve been doing colonoscopies for 35 years, and I know cancer when I see it.”

He was correct. Three days later we met again. One of my sisters and a good friend, who is also a doctor, came with Patrick and me to the follow-up appointment. The pathology report confirmed the doctor’s diagnosis. The tumor was a slow grower and had probably been growing for seven to eight years. It was the size and shape of two fingers. It had hard edges and was quite flexible, attached by only one stalk. My internist assured me this was a very good tumor to have and I would survive but I may have a permanent ileostomy bag.

I fell apart. I couldn’t hear anything but a buzzing in my head and I couldn’t see anything, something like fuzzy tunnel vision. I was trying to be strong. I didn’t want my sister to become hysterical. Many years ago she needed a bone marrow transplant and I was her donor. We were always close but that medical miracle had brought us closer together. I can’t fully describe the fear of cancer. One day I literally paced 10,000 steps through my house according to my Fitbit. 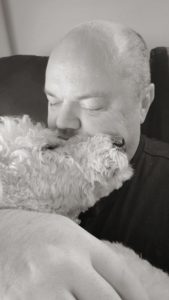 After researching doctors and cancer clinics, I ended up at Henry Ford Hospital in downtown Detroit. I found Dr. Craig Reickert, an incredible surgeon and an awesome guy. We’d often laugh so much during my appointments we’d have to be reminded the appointment was running long.

I started six weeks of radiation and chemo the Monday after Thanksgiving 2016. The radiation affected the area including the bladder, prostate, and tailbone. Urinating felt like the worst UTI ever. Water intake is very important so that didn’t help the issue.

I caught a virus just before the big surgery and ended up in the hospital for seven days with a terrible skin disease (some weird interaction of the flu and radiation). It is called erythema multiforme major, which is a rash that is caused by body-wide illness or a reaction to medicine. I was so sick and weak but I no longer felt guilty for not working through this process.

Finally surgery day came and it took seven hours. There was a lot of clean up from radiation, all of the lymph nodes removed, upper rectum and sigmoid removed, etc.

My bag was now in place. Patrick announced he was in charge of the bag and worked with the ostomy nurses and learning how to change it. Total group effort. I can’t even explain how strange it was to see this thing, this stoma, sticking out of my belly. Did you know a stoma could shoot out poop? Yes, Patrick found out the hard way when he was changing my bag. I actually shot poop on him. We laughed, then I got upset and he said, “Honey, everybody poops. It’s no big deal!” At that point, I reread our marriage vows and wondered how much more he could take. This certainly wasn’t what he signed up for but he took our vows seriously and he loves me. He pretty much felt everything I was going through with empathy and worry. Eventually I was able to change my own bag. 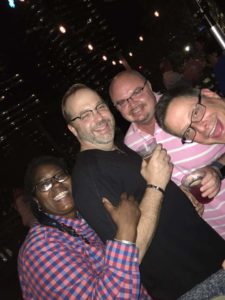 The bright spot was pathology reported no cancer from the tissue removed from the LAR. Six weeks later, I started clean up chemo. When I finished chemo, I waited around six weeks before I could have my bag reversal. This process was about six months I think. Time is no longer measured in days or hours but in weekly and monthly increments until you can get to the next treatment or procedure.

October 30, 2017 came my reversal day; I was so excited. Waking up without a bag was so wonderful. It really hit me the first time I showered and didn’t have to deal with a shooting stoma or a swinging bag!

I’m looking forward to getting my life back in order and my husband is taking me to Portugal in the fall for a “we beat cancer” trip! 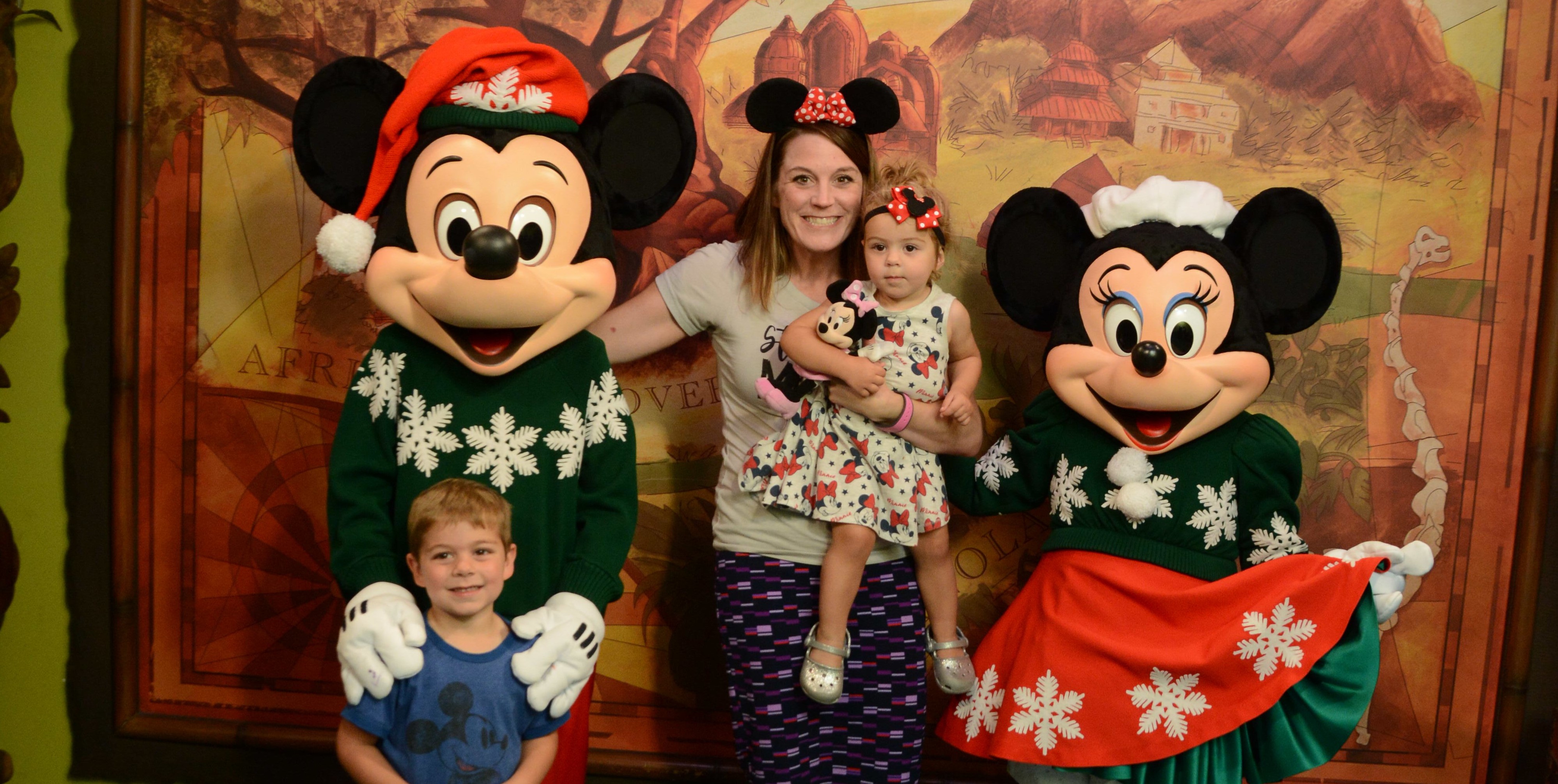