I was born in St. Louis in 1966, five minutes later than my twin sister, Cheryl. I grew up in the Boston suburbs of Framingham, Massachusetts, being very active in all sports, but excelled most at basketball. I graduated in 1988 from Babson College in Wellesley, MA, which is the number one college for entrepreneurism in the world. I had a career in high technology – software, Internet, and cloud computing. I’ve been married to my wife, Lisa Brown, for over 23 years and we have a daughter, Emily, who is a junior in high school. Lisa is my current caretaker, but being diagnosed with stage IV colon cancer has put tremendous stress on the family and me. I am currently on disability and not working because the chemotherapy has been kicking my ass. My wife had neck surgery a few years ago and currently is not working as well. We’re trying to keep things as normal as we can for our daughter, who is an amazing student and a soccer goalie.

My story with cancer started when I was 24-years-old. I was diagnosed with stage IV non-Hodgkin’s lymphoma. I failed three different chemo recipes, but my twin sister, Cheryl, was an exact HLA (human leukocyte antigen) match. I had a bone marrow transplant from Cheryl that saved my life at the Dana-Farber Cancer Institute in Boston, MA on May 24, 1990. I had blasting chemo and twice daily full body irradiation prior to my bone marrow transplant. I achieved remission, or NED (no evidence of disease) for 28 years until I went for my recommended colonoscopy at age 50. I learned that I had stage III colon cancer and immediately had a colon recession surgery where 13 inches were removed. I started and completed 12 grueling rounds of FOLFOX from August to February. A CT scan revealed that the colon cancer had spread just outside my colon. I had a second colon recession surgery in March 2017, removing 10 more inches, and started immunotherapy stage I clinical trial. In July of 2017, a CT scan showed metastases to the liver, peritoneal lining, bladder, and outside of the colon. I was now diagnosed with stage IV colon cancer. I started a new recipe of Irinotecan/ Avastin for 10 cycles, which have shown some “interval improvement,” what is also known as shrinkage. I was recently approved for CRS-HIPEC (cytoreductive surgery with hyperthermic intraperitoneal chemotherapy) surgery scheduled for mid-March. I plan on “getting to NED.” I have a daughter that I want to see graduate high school, play college soccer, and walk her down the aisle; get my life back.

I’ve spent my life as an active volunteer in my community. I was the president of the American Jewish Committee (AJC), and am board members of the Jewish Federation, the AJC, and the Hebrew Free Loan. I have raised millions for Jewish communities and people in need. I am a trustee for Babson College, and the board’s president for the Babson Alumni Association.

When I think of “Get Your Rear in Gear,” it means a “call to action.” The call is to recruit participants, volunteers, and fundraisers to support Colon Cancer Coalition in its mission to support colon cancer education, early testing, research, patients, caregivers, and families. This is my second go around with major life threatening chemo. I have a huge worldwide movement and following on Facebook that is called “HBStrong!” I have so many people that love me, pray for me, and follow my journey. Of course I try to keep it as positive as possible. My words of wisdom: cancer sucks, but the beast must be slayed, and that is all I can do each day. Keep the faith. 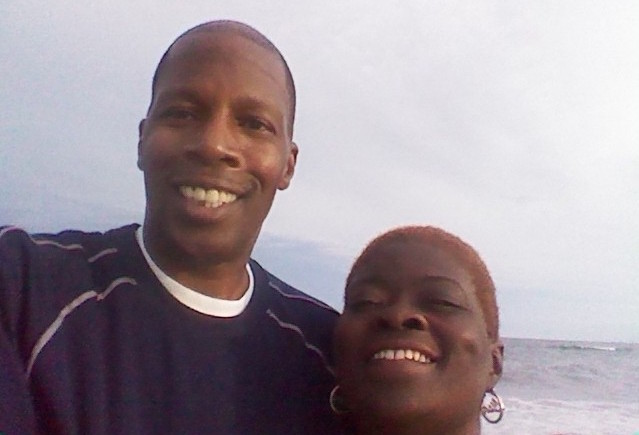