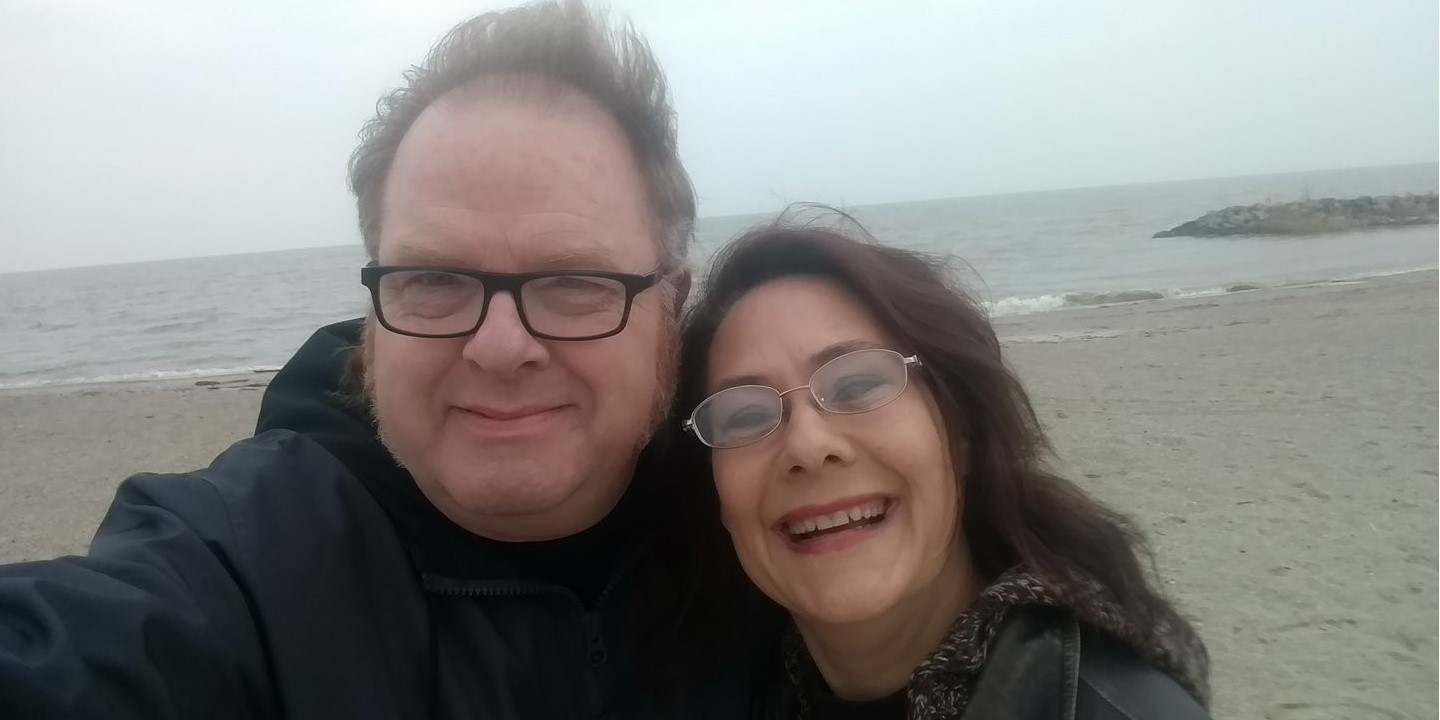 Amy Johnson’s time with the Colon Cancer Coalition goes back to the very beginning of the organization. As much as she has given the Coalition, she has also learned important information about the importance of screening and being an advocate.

Amy volunteered at the very first Get Your Rear in Gear in 2005. She remembers the time quite vividly. “I will never forget that day because [Colon Cancer Coalition team was] so overwhelmed. More people than we ever imagined showed up to that first event. So many so that some didn’t even make it to the starting line. Ask anybody who was there; it was absolutely crazy how many people showed up. We [ran] it at Lake Harriet [in Minneapolis, MN] that year, I helped with pre-registration and t-shirt distribution, and with food afterward. It was unbelievable the number of people that kept coming, and kept coming, and kept coming. And then to watch it grow and become a national thing, was pretty exciting to see, knowing you were there at the first one, not really knowing what it was all about, but seeing how many people were touched by [colorectal cancer].”

Amy credits her running club at the time for getting her involved in the race. She’s taken what she has learned throughout the years of working with the Colon Cancer Coalition back into her everyday life. Knowledge that came in handy when her husband had his colonoscopy at the age of 45. “My husband had his before 50 because he had a family history.” Her husband wasn’t the only one with family history. When Amy went in for her colonoscopy after her 50th birthday, she wasn’t surprised when the doctor found polyps. “I knew that my dad had had a couple polyps. He’s 82 and in his last two colonoscopies they removed one or two. My sister, who’s a year older than me, had five or six removed at her colonoscopy. So before mine I was thinking, ‘I won’t be surprised of our polyp-y family.’ I think there were three, so I’ll be back in three years.”

Another person who has learned along the way with her is her son, Cameron, who had tagged along with Amy when she volunteered. At the age of 19, Cameron had his first colonoscopy and was diagnosed with ulcerative colitis.

Amy said they “learned to advocate for his care.” When the first doctor prescribed a medication that was not covered by insurance and insisted Cameron “do enema twice a day,” they knew it was best to seek a second opinion. “He found a much better doctor that found a medication that worked, didn’t cost him a million dollars, and wasn’t an enema. Even though it’s not colon cancer, it’s a related disease and still comes down to not being afraid to talk about what’s going on ‘down there.’ I will always tell people, ‘It’s the most curable ones found early, so you can’t just ignore it.’”

Amy spends her time running a small business that she’s owned since 2008. “I help small businesses with their telephone and internet needs, helping them sift through the mess that is the telecom world without getting overcharged. I’ve been in the telecom business since 1991.”

Besides her busy work schedule, Amy has found time throughout the year to volunteer at many Get Your Rear in Gears and even planned the Booty Ball Fundraiser for several years. She is constantly making sure people are aware of colon cancer signs and symptoms and catching the disease early.

“Whenever I see someone talking about it, I always make sure that I comment.” Amy’s made sure to share her story, as well as the rest of her family’s, to help others. If there’s one thing Amy’s pushing for, it’s for lowering the screening age. “I really think the age should be lowered. We’re this many people getting diagnosed before they’re 50. I wish these types of treatments weren’t some magical number on a mathematical formula that somebody’s decided, ‘It’s the right time.’ It’s just good to see people talking about it and not [hiding it].”

Amy hopes to continue volunteering or at least participating with upcoming races. “I would like to at least run the race again or at least be there on race day, because it’s so much fun. And now that I know that I’m polyp-y. Part of what I learned [from volunteering with the Colon Cancer Coalition] is leading to me living a long and healthy life.”

Return to Faces of Blue  Become a Volunteer