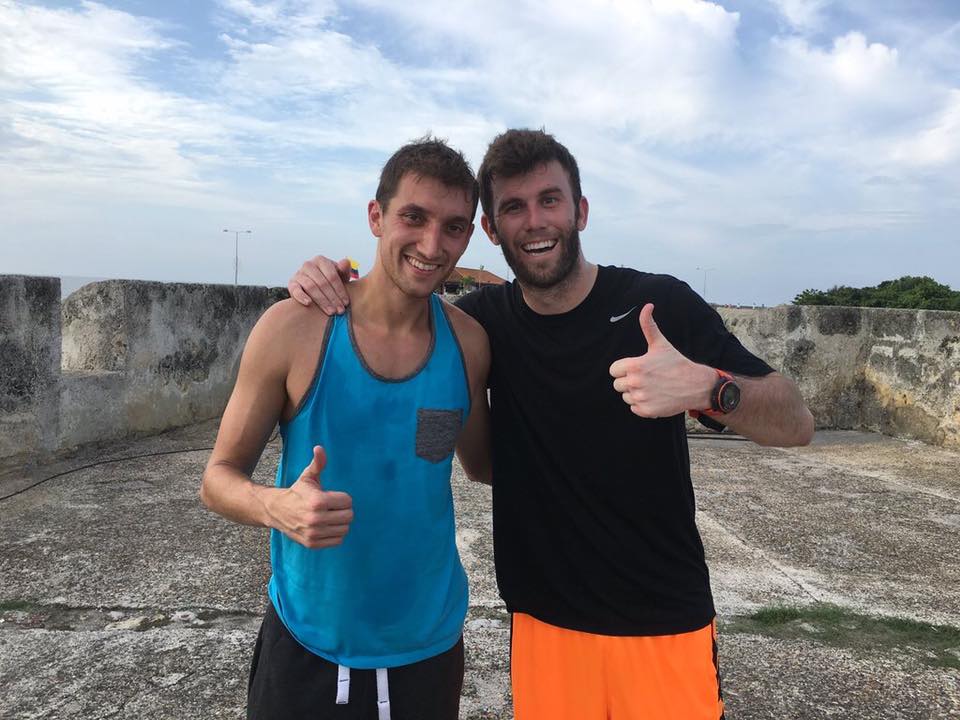 We come across a lot of wonderful and amazing stories, but none have the claim of coming fifth in The Amazing Race back in 2016, like Kurt Gibson. His Ultimate Frisbee and old college friend, Brodie Smith, recruited him for the season, which focused on social media celebrities and personalities. Kurt’s friend, Brodie, was YouTube famous for his Frisbee trick shot videos. Kurt said Brodie had simply called him up and asked if he wanted to be on The Amazing Race.

“It was really cool,” Kurt said. “I would love to do it again. I don’t know if I’ll ever get the opportunity, but certainly would love to do it.” Kurt called his time on The Amazing Race a “unique experience,” mentioning that he enjoyed the competition as well as traveling the world.  It was during his time on The Amazing Race that Kurt revealed his fight with colon cancer in episode 9 of the season to millions of the show’s fans. With the outpouring of support that he received during the show, Kurt continues to share his experiences with other cancer patients. Kurt was diagnosed with stage III colon cancer at the age of 22, and as of this year celebrated 10 years cancer free. “I always say I would never wish cancer on anybody at all, but looking back, sometimes I’m glad that it happened. Now I do know the outcome. I’m healthy and all that, but I think it really helped change me to be a better person, be more appreciative of life and people, what I have, and that I’m very blessed in many ways. Whereas, maybe beforehand, I didn’t necessarily feel that way, or didn’t appreciate those little things, or the big things, in my life, I just think it has changed me in a profound way.”

That profound change has resulted in Kurt reaching out and connecting with cancer patients of all ages and types. Kurt likens his advice for others to his experiences of dealing with his diagnosis at such a young age and not knowing what to do. Having to navigate the new world without any prior knowledge forced Kurt to reach out and find resources on his own. Luckily he had family and his parents, who had helped other family members through the process of being diagnosed with cancer.

Kurt said his diagnosis came down to genetics. After having his surgery, doctors ran tests and it came back positive for the Lynch syndrome. “I really wouldn’t have colon cancer at such a young age unless I had the gene.” “I always think it’s a great experience,” Kurt said regarding attending events. “With so many people sharing similar stories and/or experiences, it helps people going through some challenging times. So I think it’s nice to be able to just be with people that have gone through similar situations as you, so you can either share war stories or just know that everybody’s there to support each other and that we’re all in it together.”

Kurt has shared his stories and experiences with young folks who have gone through the same situations. “It’s a club no one wishes to be in, but once you’re in it, there’s a lot of good that comes from it.” Kurt credits his participation in various communities, especially the Ultimate Frisbee community, in being able to reach out to those who otherwise wouldn’t hear about his story. “There have been a couple folks that also have been diagnosed with cancer, not just colon but other types of cancer, that know who I am and reached out.” Most of his interactions are with people going through the first stage of “shock and awe,” which Kurt makes sure to coach them through.

“What you should be doing, what you should be looking for, something as simple as bringing somebody with you to the appointment to help take notes. Just the little things like that, that a lot of people my age don’t know because they don’t have any experience with that.”

Those that interact with Kurt get to see his story play out in real time. “People will come up to me and say things like, ‘Hey, you’re an inspiration. Some of the things you’ve gone through and still being able to achieve things at such a high level athletically, are really admirable and inspiring.’ And I would say, just people knowing what I have gone through, kind of helps show that you can beat cancer and still live a wonderful, amazing life afterwards.”

Kurt still travels constantly, making sure to take at minimum two international trips a year. Later this year he will travel to Peru meet a child he sponsors through the Compassion International organization. With his many travels and his easygoing personality, Kurt’s messages reach far and wide. For those reading his story right now, especially the young adults affected by cancer, whether it is their own personal battle or if they personally know someone who’s battling, he wants to encourage two things. The first one is to not shy away from talking to a family member or a close friend. “I think in general, people want to help and support. I think a lot of people just don’t know how, especially young folks. Some are naturally good at it, and that’s great, but some maybe just don’t know what to do and I think just being open about that [especially] about how you’re dealing with it, and what you may need help with.”

The final lesson is to take your own experience and inspire others around you. “Know that although you’ve gone through a difficult thing, you could always be an inspiration on any level to whether it’s one person, two people, 10 people, 100 people. Share your platform in that you can always use your experiences to help others get through theirs.” “Everybody needs different levels of support, and so wherever you can do it, wherever you can provide guidance or support to others, share your experiences where appropriate. I think that can be a blessing to anyone, especially when you speak truth like that. Being honest about what you went through, people appreciate that. I think they do.” 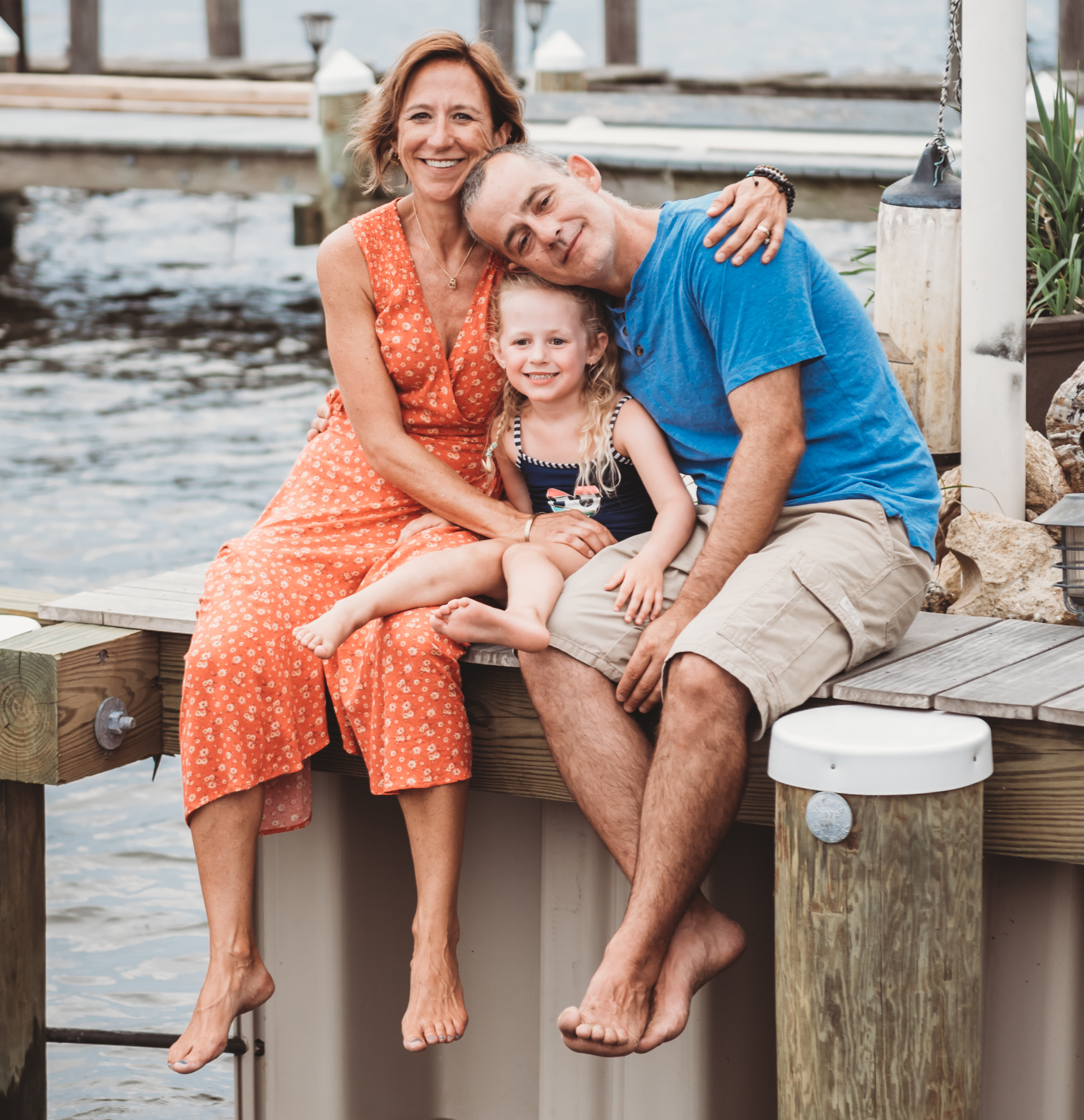