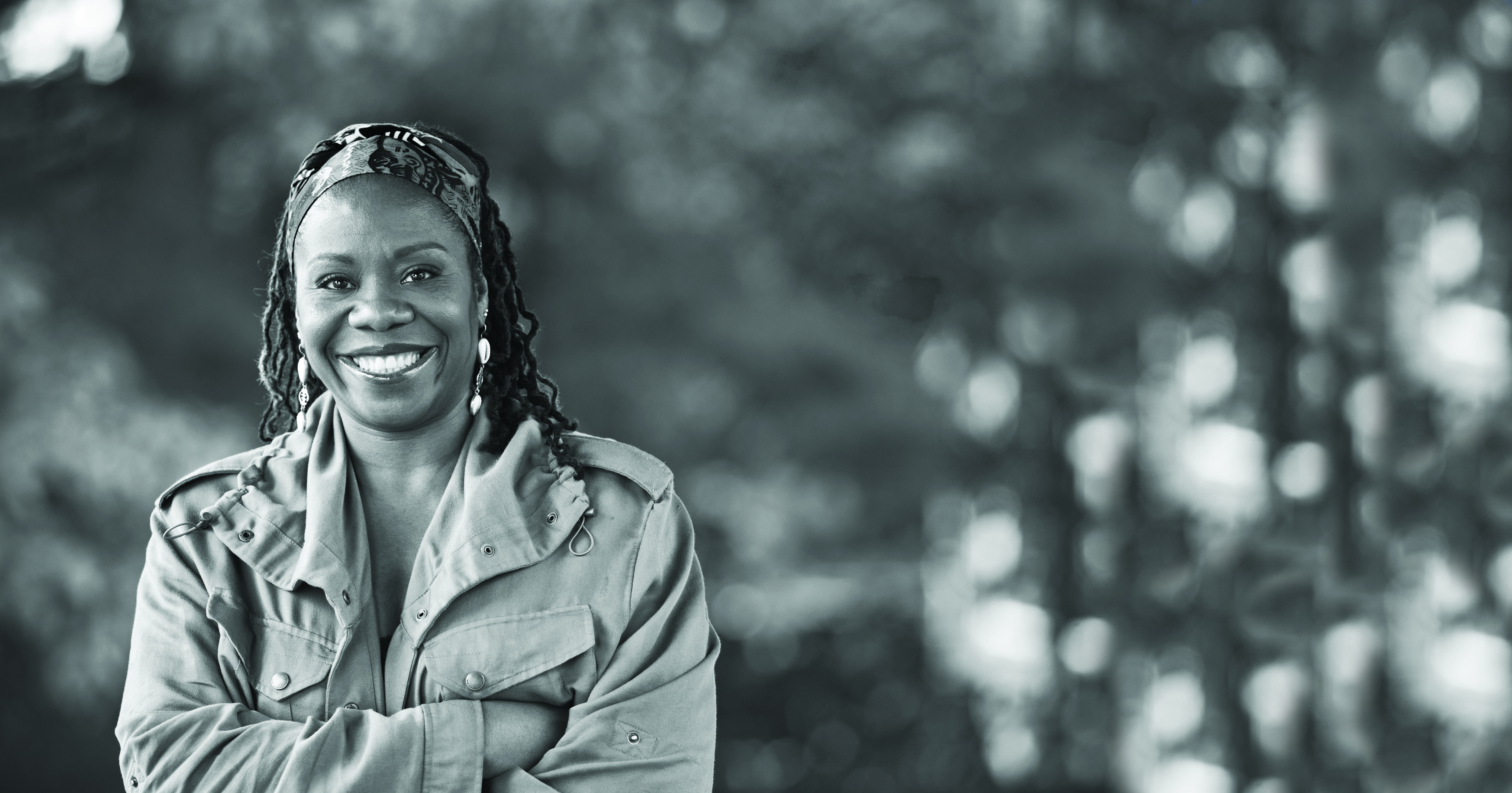 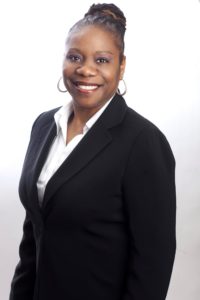 Growing up, Kim Hall Jackson knew little about cancer. “I grew up as a child in the late 60s and early 70s and we never talked about cancer. Adults had conversations that children never participated in. When we did talk about it or when it was overheard, no one said ‘cancer.’ They always said the ‘c’ word; illness was very discreet, very private.” It was due to that lack of openness and awareness that she was not prepared for her own cancer diagnosis.

Kim was diagnosed in December 2008 at the age of 45. After spotting a small discharge of blood that she thought could have been explained by her menstrual cycle, she felt something just wasn’t right and called her husband. He suggested she go in and get checked out. Kim credits being health conscious as the chief motivator for making that call. She has always kept up to date on routine preventative care – getting her physicals, mammograms, pap smears, and dentist appointments as recommended.

In the case of this unexplained bleeding, she reached out to her primary care doctor and her OB/GYN. It took a couple of months to rule out common causes of the discharge like hemorrhoids before everyone agreed it was time for a colonoscopy. “I never saw any blood or symptoms again. It didn’t seem like it was urgent, and finally we got to a colonoscopy.” After the colonoscopy was complete, she was told they found “something” and luckily caught it early. Kim didn’t 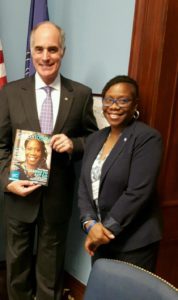 know what that meant and waited until she went back a week later to meet with the doctor.

At that appointment, her doctor said words like “carcinoma” and “ileostomy bag.” Kim didn’t know the meaning of some of the language being used, but knew something was wrong. It was after one of the doctors mentioned surgery after another follow-up test that Kim had to ask the doctor to clarify. “At that point I remember my husband was with me, and I remember being very tearful, very sad. I remember stopping him while he was explaining things and asked, ‘I’m sorry, can you give me a second? Are you saying I have cancer?’ He said, ‘Yes.’ And I said, ‘Okay, continue.’’ At that time Kim’s medical team believed they had caught her disease early – at only stage I.

Two weeks after her surgery, the original treatment plan her medical team had discussed with her went out the window. The margins were different than her medical team expected and the diagnosis went from stage I to stage III. “That was devastating and it was definitely another setback.”

By 2013, Kim was told she was cancer free. But during her treatment that she saw many who were having to face this disease alone. There were women who were getting treatment alone because they didn’t tell their families or didn’t want to bother their children. She also saw a lot of men, and men of color, who were diagnosed with late stage disease and ignored symptoms for years because of personal fear, misinformation, and lack of knowledge about screening. 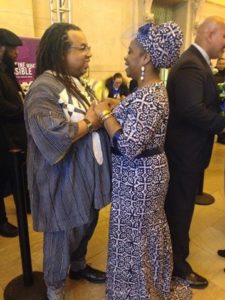 It was during the time of her colonoscopy that her doctor told her what a difference screening can make for minorities, especially African-Americans. “My doctor said it wasn’t a level playing field for African-Americans. He also said that people of color should be screened earlier.”

This was key for Kim to begin advocating about early screening and early age onset colon cancer for African-Americans. “As an African-American woman and being 45, I believed that, particularly in minority communities, the struggle that we have around survivorship is the lack of ability to talk about it; encourage people to get screened.” Due to the lack of conversations about cancer and family medical history in her own upbringing, Kim wanted to overcome the hurdles that many have encountered. “People see me, and they see that I’m 45 and have colorectal cancer; that I’m under 50, female, and African- 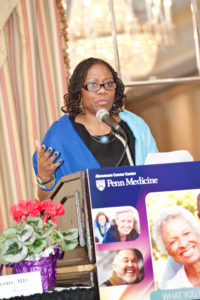 American. I present a different image of what to expect of someone who has colorectal cancer.”

After being involved in multiple support and outreach group and events, Kim started to notice she was the only minority face. “Once I realized that the survival rate for people of color was much lower than national averages, I knew I had to do something. Then I realized that people of color aren’t diagnosed more, but when they are diagnosed, they’re normally at a later stage for many reasons. One being we haven’t talked about it. Once I realized there was a disparity, that’s when I got motivated to do something.”

Kim met someone who told her about grants from the State of Pennsylvania for community outreach. An event planner by trade, Kim sent in her first grant proposal and was awarded funds to hold a colorectal cancer awareness event outside of the health care setting. She hosted the Black & Blues Brunch in June 2014, named as an intent to target the African-American community to talk about colorectal cancer in a “non-traditional white coat environment.” She held her event at Warmdaddy’s, a restaurant known in the community for its delicious Southern cuisine. “For people of color, I know that coming to a place that’s familiar eases the trauma of what we’re discussing.” 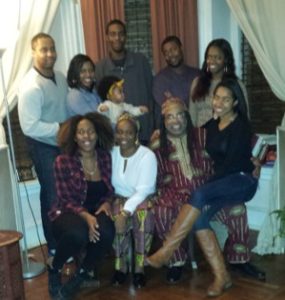 Kim and her family.

Kim hopes to get more funding for a second Black & Blues Brunch and turn it into an annual event. She continues to actively raise awareness in public and in private; being an advocate buddy for colon cancer patients, speaking at events and conferences, and attending Call on Congress when she can. “I continue to get the information out there; it’s important to get screened. I think the fear of getting screened is still too prevalent and I’m an advocate of access to health care for all so we can catch this at an appropriate time and save lives.” 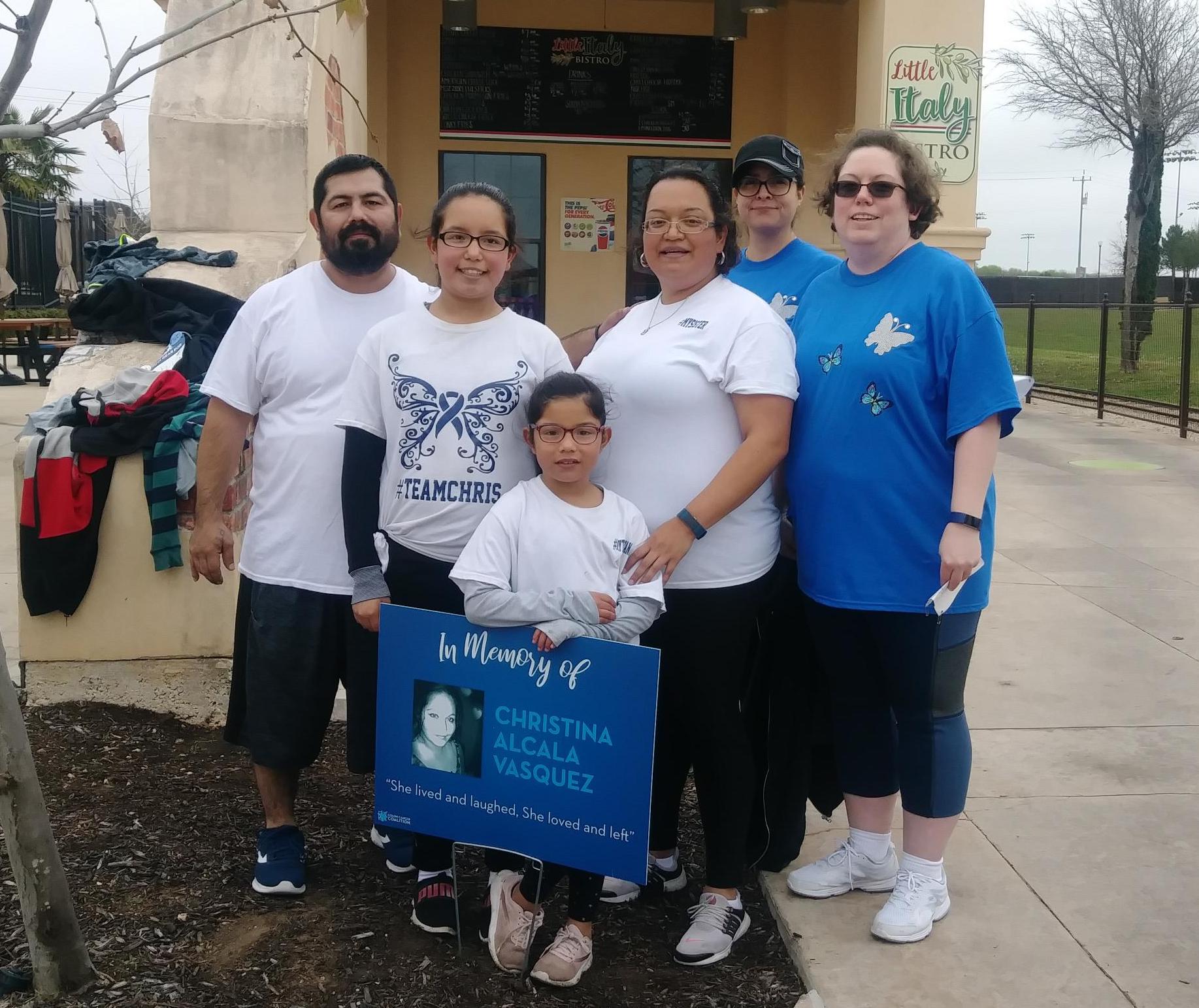