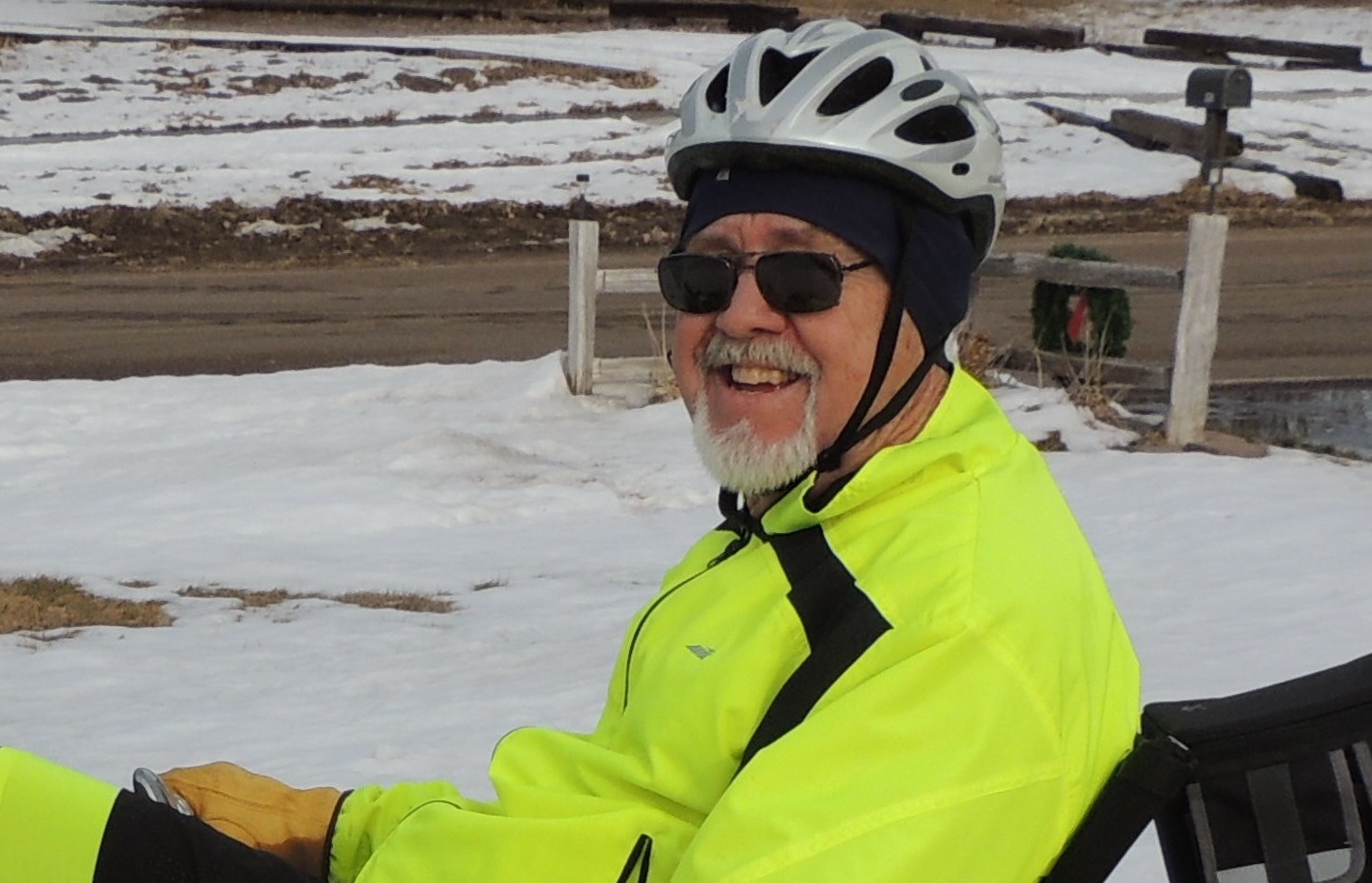 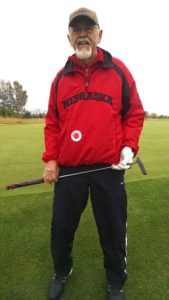 My story starts in North Platte, NE, a relatively small town of about 27,000, in November of 1987. After finding blood in my stool on and off for about two weeks, I went to my local general practitioner, Dr. Gary Connell, who asked if it was okay if one of his preceptor medical students could do a digital exam. I said why not and she found a small external hemorrhoid, which was not bleeding at the time. A fecal occult blood test returned positive for blood in the stool. She recommended, and he concurred, that I should have a flexible sigmoidoscopy.

On December 2, I was diagnosed with adenocarcinoma of the rectum. Upon waking from the “scope,” I was informed and given my choices; surgery was indicated. I could go east (Omaha) or west (Denver) or stay in North Platte. I asked Gary if it was him, would he trust the local surgeon, Dr. Douglas Lichti. He said he would and I said let’s do it. On December 4 I underwent an exploratory laparotomy and lower anterior resection with primary anastomosis. The surgical report tells me that I was left with 3 centimeter of rectal stump after taking the tumor and leaving a 2.5 centimeter margin.

Upon recovery from the surgery, I was given the advice to have radiation treatment of the pelvic area to insure that all the cancer was removed. I gave the OK and between January 29 and March 30, 1988, three days after my 45th birthday, I received 31 treatments of 180 radiations each. I was a secondary mathematics teacher at the time and taught full time throughout the radiation treatment.

After the radiation treatment, I visited with an oncologist in Omaha, and under his advice did not add chemo to my plate. I had some lingering bowel difficulties ranging from constipation to diarrhea for the next 20 or so years. I was able to resume a mostly normal life with the help of Imodium to control the diarrhea.

From 1987 until sometime in 2004, I actually did very little real physical activity, blaming it in part to my bout with cancer. At that time, finding myself in a rather sorry shape, I decided to get off the couch and get moving. I started with some treadmill walking and jogging. That soon became boring and I purchased a hybrid bike and started riding. Then one day in April I did a short version of a triathlon: swimming 100 yards, biking 5 miles, and running a mile. It was for old folks. While sitting and waiting for my turn to swim in the pool, I got into a conversation with Tom Walsh, a Team In Training staff member who was observing some of his Team In Training athletes. After hearing the TNT story, I decided to look into doing an event and chose to do the 2005 Seagull Century, which is a 100 mile bike ride in Maryland. Team In Training is a flagship fundraising program for the Leukemia & Lymphoma Society.

From 2005 until 2013 I completed 10 events, which included triathlons, century bike rides, a marathon and a couple of half marathons. I raised over $33,000 for the LLS, and in the process, got myself into the best shape of my life. At that point, I was worn out in the fundraising department and my health had started to deteriorate some. 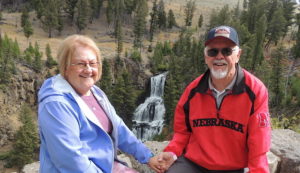 Philip and his wife, Lynda, on a trip.

My bowel problems began to be more of a problem, although still manageable. In 2016 things got bad when I had a bout with C. diff and exhibited all the symptoms of inflammatory bowel disease or ulcerative colitis. I have since been told that it was probably not colitis but lingering effects from the radiation. I muddled through with massive dosages of Imodium, Depends, and stubbornness.

In February, I went with a group from our church to Honduras on a weeklong mission trip. The trip was amazing but I came home with E. coli and spent a couple of days in the hospital treating that and a second bout of C. diff that came about as a result of treating the E. coli with antibiotics. Things never did get a lot better and finally in January of 2017 I was admitted to the local hospital with bleeding from my rectum. Two abrasion surgeries, a CT scan, and an ultrasound finally revealed a perforated colon.

My local surgeon then decided that I needed the services of a colorectal surgical team. I was transferred to the University of Colorado Health hospital in Aurora, Colorado. After three surgeries in the next three days I awoke with a loop ileostomy, which was to be temporary, and a new outlook on life. Not only did it save my life, it gave me back a life I thought I would never have again.

I underwent a rather lengthy recovery from the surgeries “in my nether land” but I am nearly 100 percent now and have had my loop ileostomy revised to an end ileostomy since reversal was no longer an option, which was my decision. Clearly there is always a battle with peristomal skin and things like leaks and “accidents.” Emptying the bag sometimes is a challenge away from home as changing the bag can be problematic when outside the confines of my own bathroom.

However, when all is said and done, I am alive, and not just alive, but living a full life. I am making plans to participate in a triathlon in April 2019. I have already resumed riding a bike, actually a recumbent TerraTrike, with plans to ride my Giant TCR2 again as well. As soon as my stoma is healed up from the revision surgery, I will be back in the swimming pool. My treadmill is getting a workout and when the weather improves outside, I will be doing my impression of running as well. I am also trying to start an ostomy support group here in North Platte. 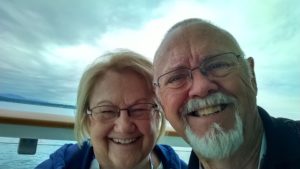 Philip and Lynda on a cruise.

Throughout all my troubles, my beautiful wife Lynda has been my number one support. Our marriage is a second one for both of us. How we met is a long story; suffice it to say, we both feel that our Lord had plans for us and continues to have plans. We both had two children—a boy and a girl—for each of us. We were both teachers and we managed to get all four through college and all are doing well, giving us seven grandchildren in the process. Lynda and I are quite proud, as you may imagine, of the four kids, their spouses, and the wonderful grandkids that we have been able to enjoy.

Obviously, my having been diagnosed with cancer at age 44 was a big blow to my dear wife, but she stood by me like a real trooper. Then on top of that to have been presented with a permanent ileostomy, she continued to support me when I know that there are many, many cases where a spouse calls it quits when that happens. I can honestly say that without Lynda by my side, I would never have made it. I will never forget when she came to my rescue when I had a particularly difficult appliance change early on in my experience with my new stoma. She attends and contributes to all of our ostomy support group meetings. Life continues to present challenges, together we are facing them head on. I will be 76 on March 27, 2019 and am looking forward to many more birthdays to come.

In closing, I’ve read lots of stories about ostomies and many are inspiring and some are disheartening because people have chosen to lament the situation. I am cognizant of the facts that I have been among the fortunate, but I must add that my positive attitude can account for part of my positive outcome. 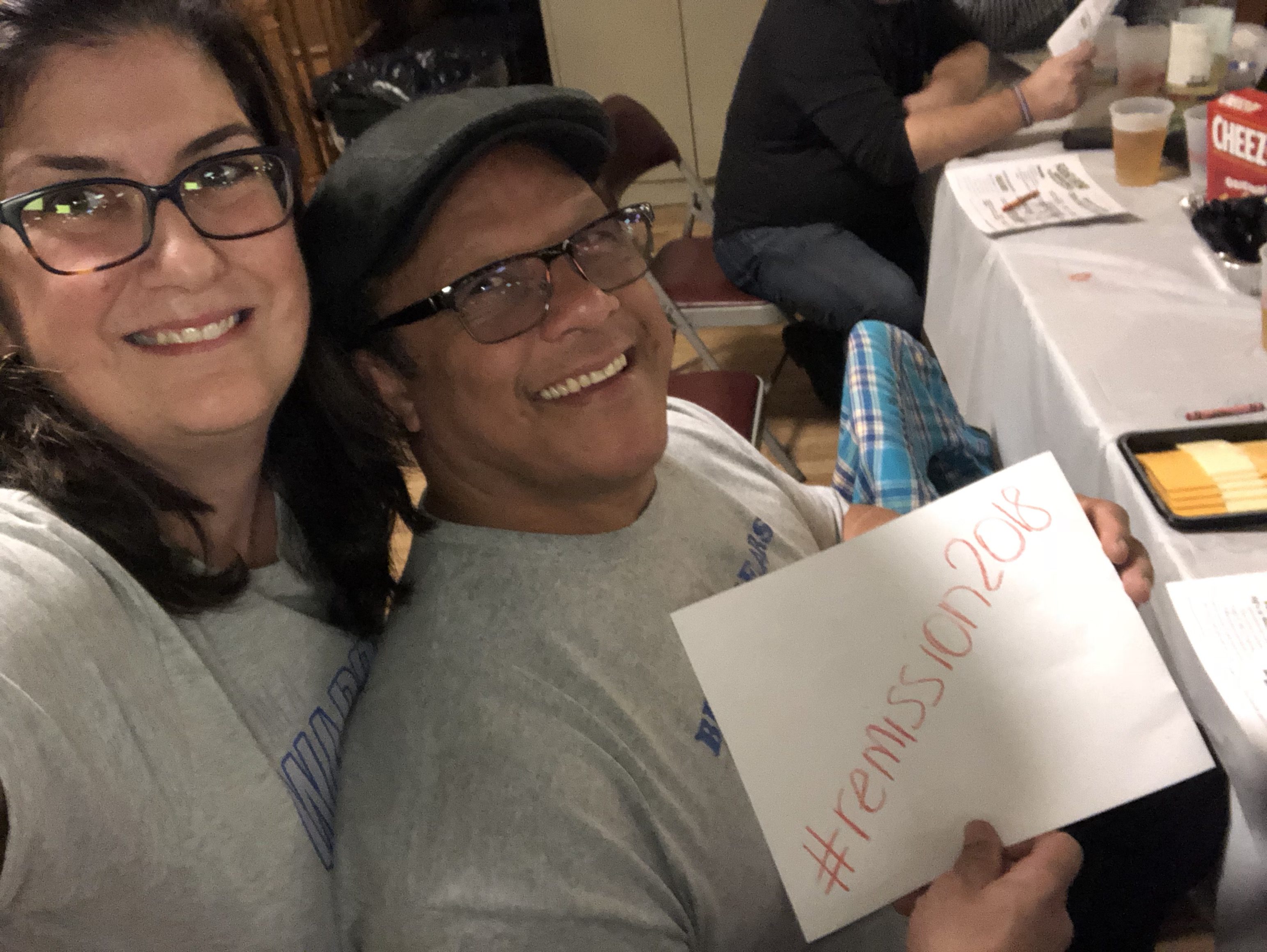