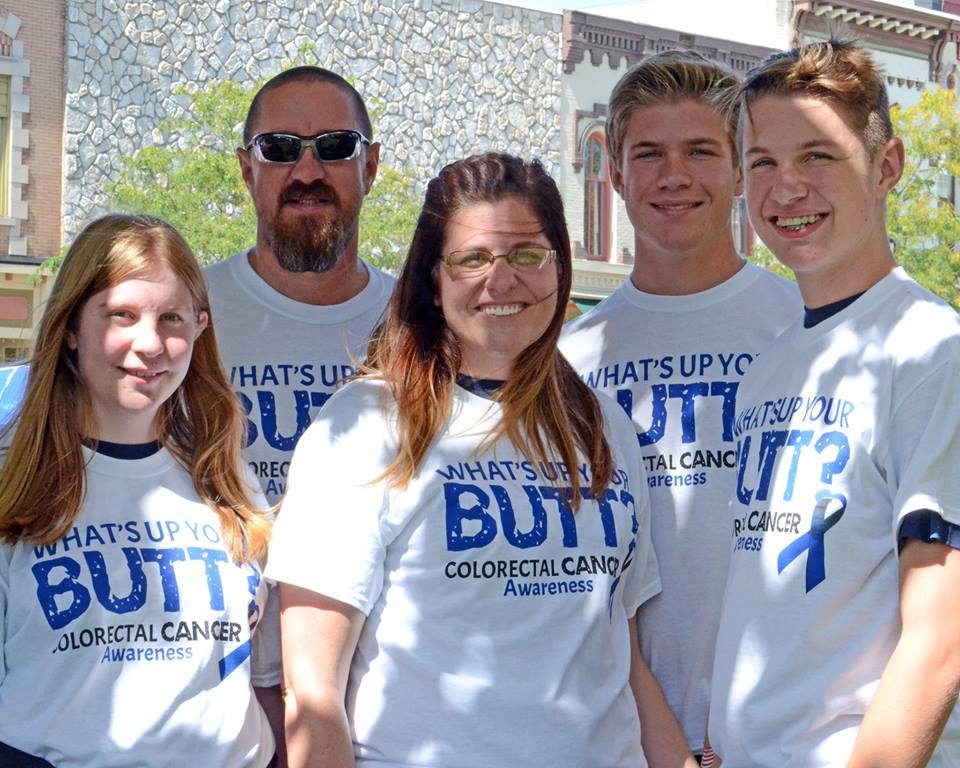 The first happened on September 17, 2016. I received a call by one of our dedicated local police officers requesting me to come quickly; that my father was unresponsive. I jumped up, got dressed, and drove the short 1.5 miles to my parent’s home. All the way saying, “No way, my dad is way too young.” You see, my father, despite his large size, has always been a strong person. He was 57 and had so much life to live, way too young to be gone. I drove up to a home as I have many times before, but with a gut-wrenching feeling. The men and women worked tirelessly trying to resuscitate him, but it just wasn’t meant to be. From that day forward people asked me his age, and the same gasp came out of their mouths, “He was too young!” 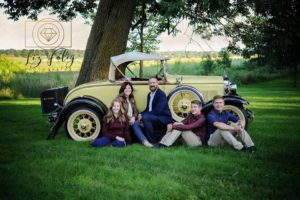 Fast forward a little bit and my devastation and stress of losing my dad started taking its tole. I had lost quite a bit of weight and started having awful stomach pains along with bowel issues. It ran in my brain that at least I was losing weight. I didn’t want to end up like my Dad, dying way “too young” from obesity, so I will marched on. I just needed to get the stress under control to improve my digestive system. A few months later my digestive system was out of control, so I went to see a doctor whom reassures me that it’s probably an ulcer in my bowels. He says I’m “too young” for cancer, and makes an appointment when convenient. I did as I was told, but I self-sabotaged the whole process and backed out.

A few months later I finally got up the nerve to talk to my very young 59-year-old mom about her memory issues. Mom has always been the matriarch of the family. She always had everything under control from bills to the logistics of 3 kids and a husband. What right do I have to tell her she might be losing her memory ability. The day came after many discussions with my siblings. It had to be done. My sister and I had a conversation with mom and spoke from the heart. We only wanted to get her help so she could stay present a long as possible. 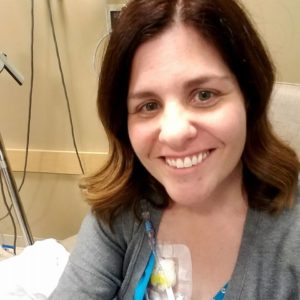 Thank goodness she agreed to see a doctor, where we found out the unfortunate news that she had Alzheimer’s.

Once I got this all in motion, my digestive system had gone off the rails. I forced myself to go to a new doctor. She’s a no holds barred English gastroenterologist. I just loved her and knew then I was ready to get this all figured out. She seemed to read my mind with all my symptoms. The doctor confidently announced I will need a colonoscopy to confirm that it’s ulcerative colitis. She reassures me that it is annoying but treatable. She tells me it can’t be cancer because I was just way “too young.”

The next Monday I head in for the dreaded colonoscopy (FYI, the drink in the worst part!). My husband was at my side as I got wheeled back to the procedure room where the GI goes over the procedure again with great confidence. Again, I hear there is no way it’s cancer as I was only 37 and healthy, and “too young.” Off to dreamland I went. The next thing I remember is my name being called and hearing the no holds barred English doctor swearing. “It’s f****** cancer. I’m so sorry. You’re just way ‘too young‘.”

Editor’s note: After being diagnosed with stage III colorectal cancer at 37, Christina went on to have adjutant chemotherapy. She continues to document her experience with young onset colorectal cancer and raise awareness through her Facebook Page, “Too Young.” You can find it through the button below.