By Linda YangOctober 2, 2019Faces of Blue 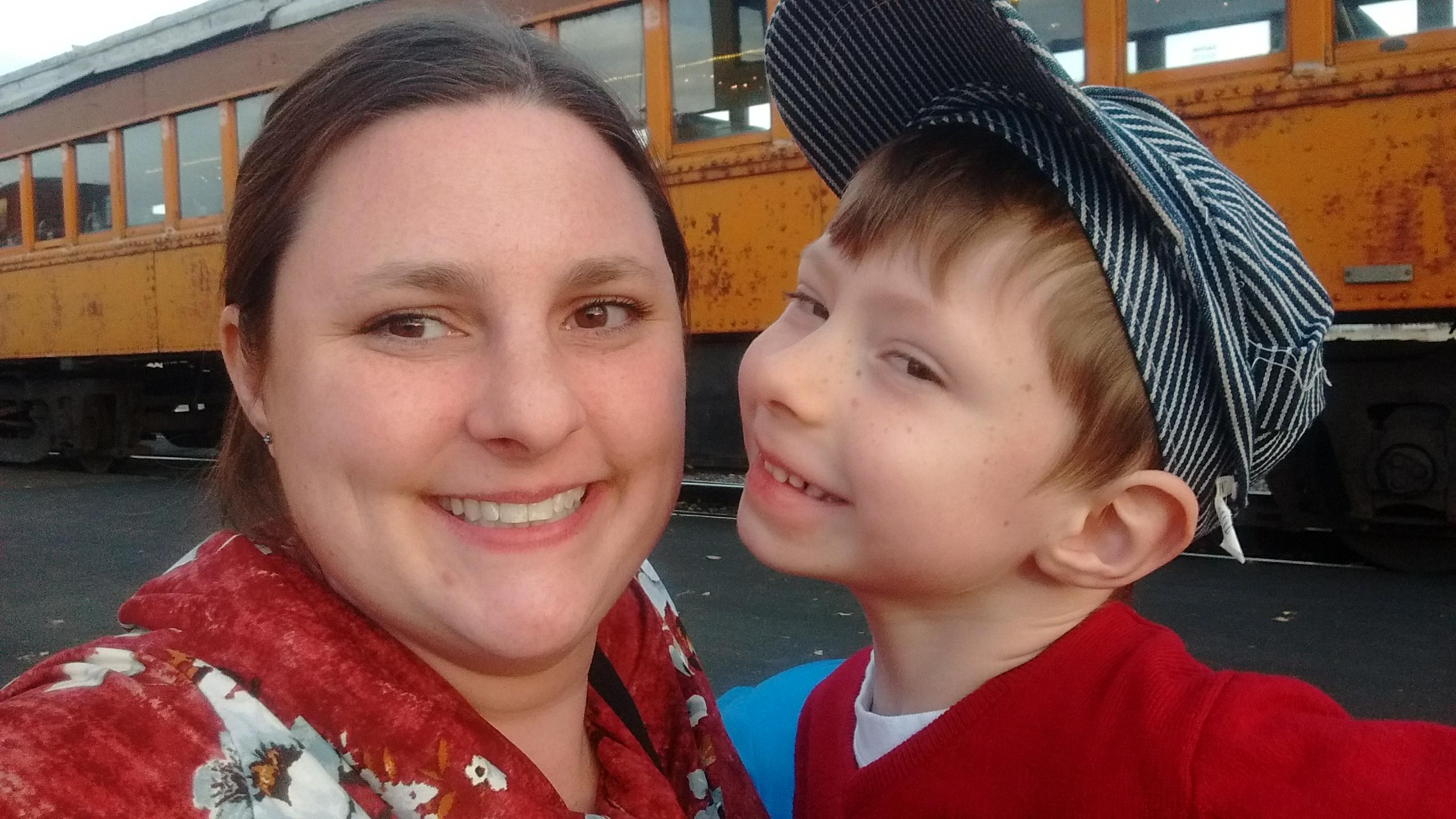 Nancy was 33-years-old in the fall of 2016 when she was diagnosed with stage IV rectal cancer. She was a young widow, having just lost her husband to a heart attack when their son was 1-year-old. She was also working full-time as an audiology professor at Idaho State University. Nancy has experienced many ups and downs, but continues to stay positive and spend her energy being joyful.

Since she was a child, Nancy struggled with irritable bowel syndrome (IBS). She had mentioned the blood in her stool, cramping, bloating, constipation, and lower back pain to multiple doctors years before, but was told many times that it was her diet, IBS, or pregnancy-related. Nancy at her first chemo session.

It wasn’t until she found a new medical provider that someone finally listened to her concerns. Unfortunately, speaking directly to her new doctor was also a struggle. The medical assistant counseled her that discussing her symptoms may not count towards her annual physical and her insurance may not cover the conversation. “She was actually discouraging me from bringing it up, and I don’t think that’s right. I didn’t care if insurance didn’t cover it or not, I wanted to talk to my doctor.”

“I was really afraid for my son. He was 3-years-old when I was diagnosed and my first thought was, ‘He already lost his dad and doesn’t remember him. Now, he’s going to lose his mom.” That was a big thing that went through my mind. I didn’t know what cancer looked like. We don’t have a lot of cancer in my family, so all I knew was how Hollywood portrays it, which is not real.”

Surger in April 2017 removed the rectal tumor and create a temporary ileostomy. Nancy had most of her rectum and about a foot of her colon removed. A second surgery in August 2017 reversed the ileostomy and removed four lesions on her liver. “I did 12 rounds of chemotherapy from fall 2017 to early 2018. I had no evidence of disease (NED) for exactly one year when scans in March of 2019 showed metastases to the lung and lymph nodes. This fall I finished another 12 rounds for the recurrence and now am on maintenance chemo pills for life.” Nancy (far right in the hat) with her two sisters in Tucson, Arizona.

Her son went with her to every appointment and treatment. “It was important that he has an understanding and empathy for other people who aren’t feeling well and going through treatments. He asks a lot of questions.” He will have to get a colonoscopy at age 23 or in his early teens, but Nancy is trying her best to make sure they’re both living in the moment, whether it’s visiting national parks, playing with their cats, or tending to their chickens in their backyard.

Previous to her diagnosis, Nancy was not aware of colorectal cancer. Her dad had pre-cancerous polyps removed, but didn’t know anything or anyone who had had colorectal cancer. Her history in the medical field fueled her curiosity to educate herself about her diagnosis. Since then, both her sisters have also had colonoscopies and pre-cancerous polyps were removed.

“I really feel that medical professionals need to be more educated. Regardless of what the patients say, they should be taken seriously. Patients know their body the best. ‘Here’s a young person sitting in front of me with serious issues, we need to take that seriously.’” Nancy with her son at Yellowstone National Park in April.

“I feel like I have this for a reason, and I have an opportunity to share my story and someone can benefit from it.” In March 2018, she contacted her local newspaper and TV stations. After her story was shared, many people reached out to let her know that they had gone in for colonoscopies and had polyps removed.

Nancy hopes to help young adults, single parents, and others through sharing her story, spreading awareness, and being an example for her 6-years-old son and her students. She is focused on bringing awareness to her community and state. In March 2019, she had another article published about her and obtained the Idaho Governor Brad Little’s declaration of March as Colorectal Cancer Awareness Month.

“Regardless if you’re stage I or stage IV, wherever someone is on the journey, reach out to support groups. Reach out to people. Don’t be afraid to ask for help, that’s always hard. People want to help you, but they just don’t know how.” 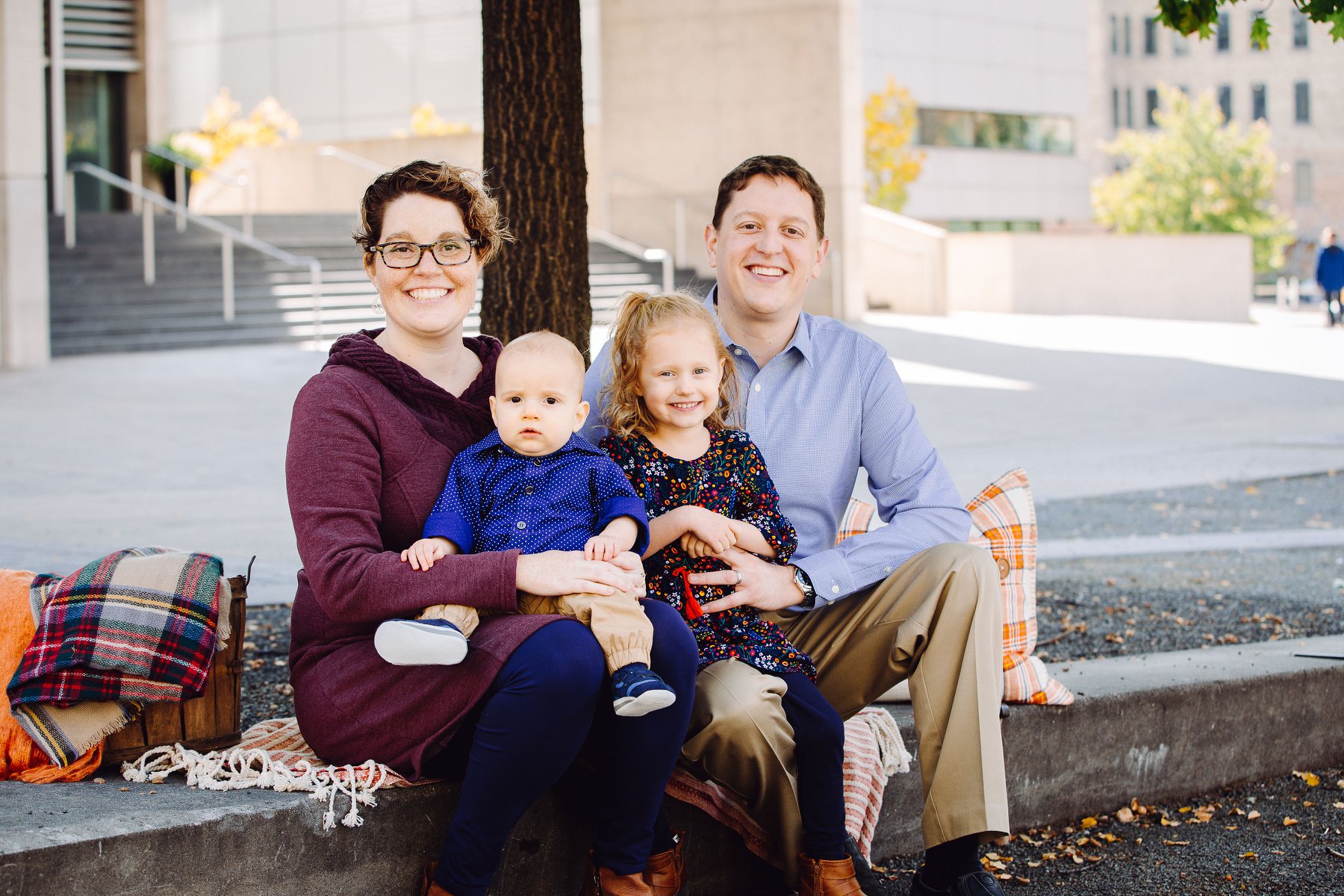