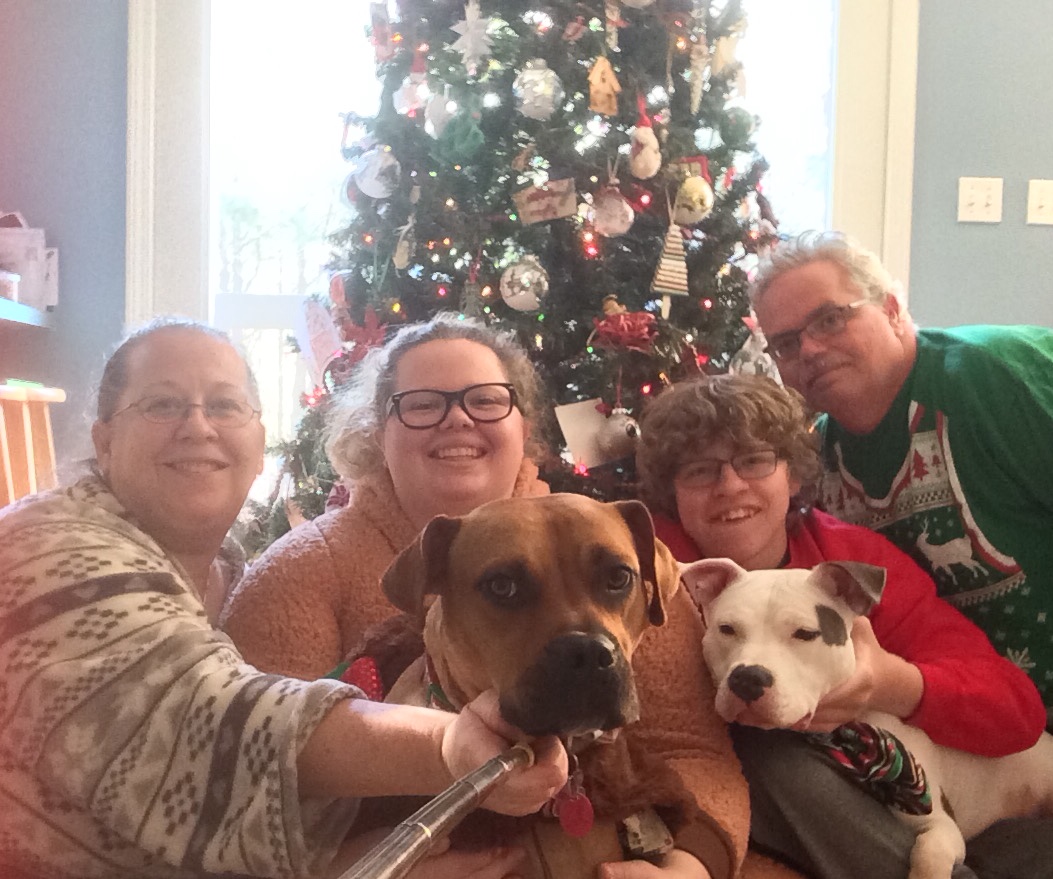 My cancer journey started in the fall of 2017. My dad passed away during the summer. I was dealing with family stress surrounding settling his estate. I started to notice small amounts of blood in my stool. I thought it might be hemorrhoids or stress causing the symptoms. My birthday had just passed, and as usual for me I made an appointment with my doctor for an annual physical.

I told my doctor the symptoms and he said because I had just turned 50, I should go ahead and schedule a colonoscopy to see what was going on with me. I had an appointment with my GI doctor a couple of weeks later for a colonoscopy. Three days before my colonoscopy my mom died of a sudden heart attack. I canceled the colonoscopy so I could focus on her passing. My symptoms seemed to diminish for a while, so I just put off rescheduling. Not only was I settling my dad’s estate, but now I was taking care of my mom’s cremation. I was now grieving both parents’ death within six months of each other. I would continue to have symptoms on and off for a few months. I decided to put off the colonoscopy until the new year. I would not return to my GI doctor until May 19, 2018.

I headed to my colonoscopy appointment early that morning. It was a rough 24 hours of prep and I was ready to get it over with that day. I laid on the stretcher in the procedure room. They gave me medicine to cause a twilight sensation. I drifted off to sleep but woke up during the procedure. I looked up at the monitor and asked, “Is that my colon?” The doctor said, “Yes it is.” Then I said, “Is that what I think it is?” He would not answer me. He just told me to relax and we would talk in the waiting room. I had Googled enough to know what I was faced with was a tumor in the sigmoid region of my colon. My doctor came in the room with my wife and told us the shock of our life. “You have cancer.”  He said I was probably looking at stage II, or worst case it was stage IV. He had already talked to my oncologist and had reached out to my surgeon. He said we would know more about staging after surgery.

Three days later I was in the surgeon’s office discussing my options. He also said he would not know staging because he wanted to see if there was any lymph node involvement. Three weeks later I prepared for my surgery; a surgery that my dad refused two years prior because he didn’t want to be cut open. His doctors found a mass in his colon during a CT scan because of some abdominal pain he was having at home. He was 80 years old. I figured if he could live that long I could beat this cancer.

After a 7-hour surgery the surgeon removed a 10cm tumor from my colon and 40 lymph nodes. He did a colon resection and three of my lymph nodes tested positive for cancer. I was officially staged at lllB. I was in shock that the cancer was that aggressive. The next step was to get a port and start chemotherapy. On August 2, 2018 I started six months of Oxaliplatin and Xeloda. My surgeon was confident he got everything, and all my organs looked clear, but because of the lymph node involvement I did “the clean-up chemotherapy” hopefully to prevent a recurrence of cancer.

It would be the longest six months of my life. It was like a flu you just can’t recover from. I just felt weak all the time. I just did the best I could to beat this cancer. I worried the whole six months if there would be a recurrence. My oncologist just kept encouraging me with how wonderful my cancer markers were at the time, which were great for the whole six months.

At the end of the six months I’d have my first CT scan after being diagnosed. Everything came back clear. I was officially NED and cancer free. I continue to have follow-ups every three months and scans every six months. Everything is looking great and I just had a follow-up colonoscopy. It was all clear and I will not need another one for three years. I continue to go to my local cancer support group to help with my worries of this disease. I recently began working as a administrator for Man up to Cancer-The Howling place. It’s a private Facebook group for men that are struggling, surviving , and thriving with cancer. It’s sort of a “Man Cave” atmosphere. It a part of a larger manuptocancer.com created by a fellow CRC patient Trevor Maxwell.