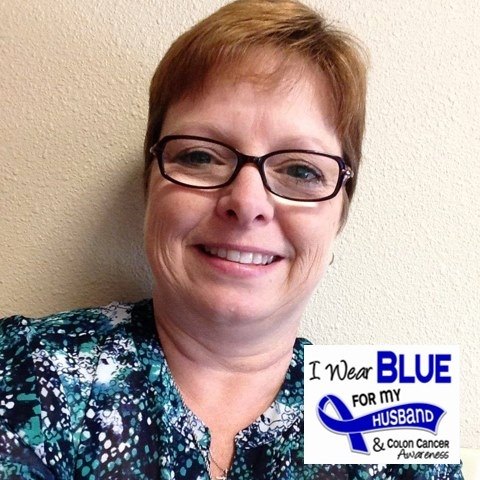 Joe and Kelly are big on spreading the love for Oklahoma BBQ through their MooChewSooey BBQ food truck and catering service, as well as spreading awareness abou Joe was experiencing constipation for a few weeks but had assumed it was the work of the Imodium he was taking when he had food poisoning a week prior. Joe and Kelly knew from their close friend, Mike Hays, that if something was off, get checked. A fellow BBQ cook, Mike was battling stage IV colon cancer and sharing his story and making sure that people were aware of early screening and prevention.

Mike, Joe, and Kelly ran into each other every weekend, or every other, at BBQ cooking competitions. “Every single competition we would have conversations. He would be talking to people and educating and telling them to get their colonoscopies done. He was a huge advocate in education.” Along with other BBQ families, they would hold fundraisers for Mike and his family. Due to the background knowledge, it was natural for Joe to consider going in to get a colonoscopy.

Joe was 51 years old and still had not had his colonoscopy. “He’s a guy,” says Kelly. “A guy that doesn’t like to go see the doctor.” But because of Mike’s story, he decided to go get checked. “Getting that colonoscopy ended up being the best decision of his life. His gastroenterologist found a tumor he thought had been growing for 4-5 years. We were in total shock. He is healthy. Never had any health problems at all. He never took an aspirin, much less any medication at all.” Even though genetic testing of the cancer came back negative, both Joe and Kelly made sure that Joe’s siblings were all screened. 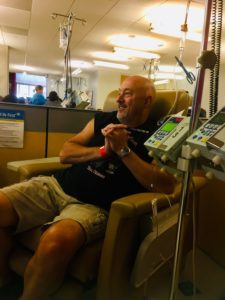 His colon resection surgery was on October 6, 2017. Ten inches of the colon and 14 lymph nodes, two of which were cancerous, were removed. He was diagnosed with stage III adenocarcinoma of the colon. One month after the surgery, Joe began his 12 rounds of chemotherapy and finished on April 25, 2018. “Unfortunately, cancer reared its ugly head again in April 2019 and metastasized to his liver.” He completed six rounds of FOLFIRI before his liver resection in November 2019. After healing from the surgery, Joe started three rounds in January 2020 and is waiting to see if he can finish the last three rounds after lab tests are clear and his white counts go up.

Besides having her own job and helping with the food truck, Kelly has taken on the full duties of being a caretaker. “It happened sooner than I ever imagined it would. I figured it’d be bad knees and I’d have to push him around in a wheelchair.” But Joe’s positivity shines throughout this journey. “He’s the easiest patient there is. He has the most positive attitude.” When asked about whether or not he gets angry, Joe says he gets angry everyday, but for 15 minutes. “We both know that God’s got it. We’re very faithful people. However it turns out, it’s already written and we just have to walk through it. ” Kelly has benefited from being a part of COLONTOWN‘s caregivers group since Joe’s diagnosis. She is most thankful for the resources, new friends, everything she’s learned, and the ability to vent when necessary. “The worrying is exhausting. I’m doing my best to not worry as much this time around like I did before. It’s a weird statement. Stage IV versus stage III. I have to stop worrying about things that are out of my control.” Their friend Mike has since passed from colon cancer, but Joe and Kelly continue to spread awareness on their relentless campaign for early detection by sharing Joe’s story. “When Joe was diagnosed it was very important to him to share his story, just like our friend Mike.” Kelly is currently in talks with her employer to create a health class focusing on education about colon cancer awareness.

“If just one person is saved from this horrific diagnosis then we’ve done our job. We have since lost our friend to this horrible disease. But we continue to keep our faith strong during this season of life. Life is way too short.” Joe’s constant message to everyone he meets is, “It’s so much easier to find it early than it is to fight it late.” 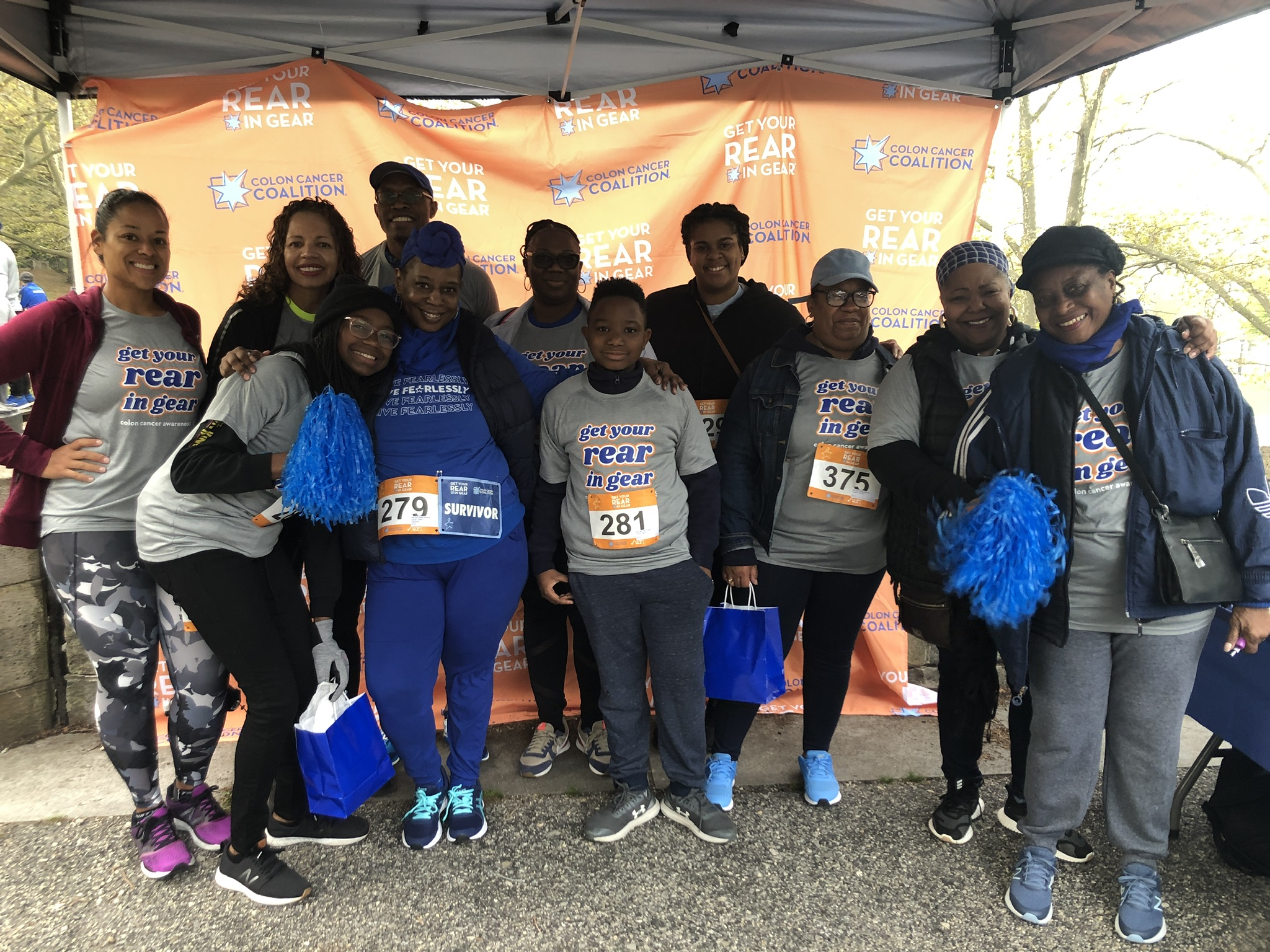