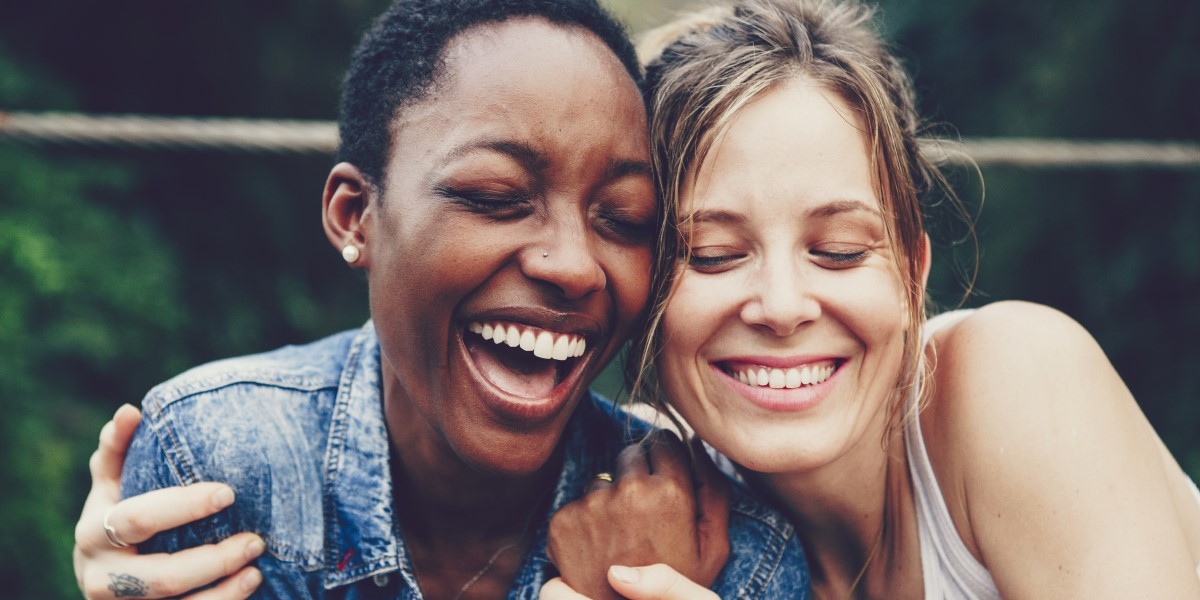 Today’s news from the USPSTF begins a one-month public comment period ahead of finalizing the recommendation next year. The colorectal cancer organizations encourage advocates to show their appreciation by signing this letter of support below and requesting the draft guidelines become final. 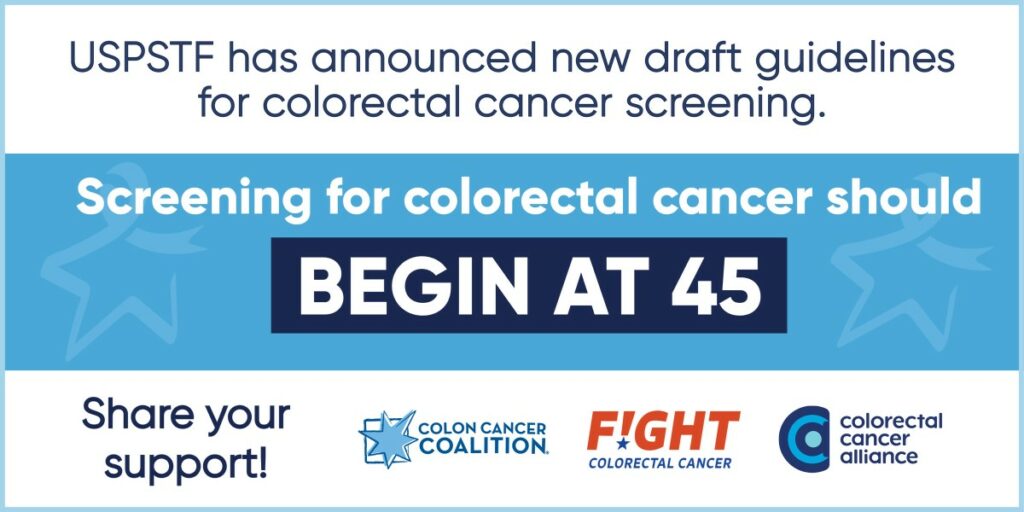 The United States Preventive Services Task Force (USPSTF) announced its intent to recommend that colorectal cancer (CRC) screenings begin at 45 years old for individuals at average risk. The majority of health insurance carriers in the United States will follow the USPSTF recommendation once finalized. This means that people age 45 and older will, in most cases, be eligible for insurance reimbursement for CRC screening. This recommendation lowers the USPSTF’s recommendation from 50 to 45, and aligns with the American Cancer Society’s 2018 recommendation that screening begin at age 45 based on an analysis published in the Journal of the National Cancer Institute. The recommendation is now in draft form and open for public comment.

The United States Preventive Services Task Force (USPSTF) assigns one of five letter grades to each of their recommendations. The draft guidelines recommend CRC screening at age 45 at a B Grade, which means there is a high certainty of at least a moderate benefit for the service. The Task Force advises that clinical practices offer all services that have an A or B recommendation.

What does this mean for patients? It means it is required that private insurance plans subject to the Affordable Care Act (ACA) and Medicare plans provide coverage for the service without any co-pay or out-of-pocket costs to the patient. The CRC screening recommendations are still a draft. Insurance will not cover the change in guidelines until this is officially determined.

A group of leading CRC non-profits, including the Colorectal Cancer Alliance, Fight Colorectal Cancer, and the Colon Cancer Coalition, are celebrating this draft recommendation as a success for health advocacy, and see it as a necessary step forward to protect the well-being of Americans. This change reflects updated CRC evidence  particularly the upward trend in CRC diagnoses among people under age 50, known as young-onset or early-age-onset CRC. Alarmingly, the incidence of young-onset CRC has increased by 2% every year since 1990, with no end in sight.

75% of all young-onset cases are diagnosed between ages 40-49. Furthermore, a recent study demonstrated a steep increase in CRC incidence between ages 49 and 50, with most cases diagnosed at an invasive stage among patients 50 years old, specifically. This suggests that these cancers were developing undetected for several years prior to the diagnosis at age 50.

“In addition to prevention, diagnosing some cancers at an earlier stage could potentially be associated with more favorable cost-benefit and resource allocation balances and should be taken into account when estimating the potential effects of a screening threshold at 45 years of age,” according to a 2020 study appearing in JAMA.

This draft recommendation will be finalized next year and will benefit thousands of younger individuals who were previously unable to afford this life-saving screening due to lack of coverage by insurance carriers. On-time CRC screening is cancer prevention. Delays in screening give cancer time to grow and metastasize, which drastically cuts survival rates, results in exorbitant treatment costs, and affects quality of life for patients and their caregivers. This creates financial strain for many, on top of the emotional toll of a cancer diagnosis.

This disease often impacts people while at the height of their careers, building their families, and caring for older relatives. These are lives that need greater protection from CRC. Protection easily afforded through life-saving screening.

For these reasons, we congratulate the USPSTF for updating its stance in response to  the alarming growth of young-onset CRC.This change will fulfill the USPSTF organizational mission “to improve the health of all Americans by making evidence-based recommendations about clinical preventive services.” There is ample evidence to lower the screening age now. Lowering the recommended age for screening is supported by both the science and a moral obligation to save lives. Therefore, we applaud the USPSTF for its recommendation to reduce the age of screening for those at average risk of colorectal cancer to 45.

To all of the patients, survivors, and caregivers of young- or early-onset colorectal cancer, the Colorectal Cancer Alliance, Fight Colorectal Cancer and Colon Cancer Coalition recognize your experience is inextricably tied to this life-saving decision. Your journey and struggle with this disease has not been in vain.

As this is a draft recommendation, we urge you to share your story and voice your support for this new guidance directly to the USPSTF by November 23, when the comment period ends.

Stool-Based CRC Screening in a Pandemic

Stool-Based CRC Screening in a Pandemic