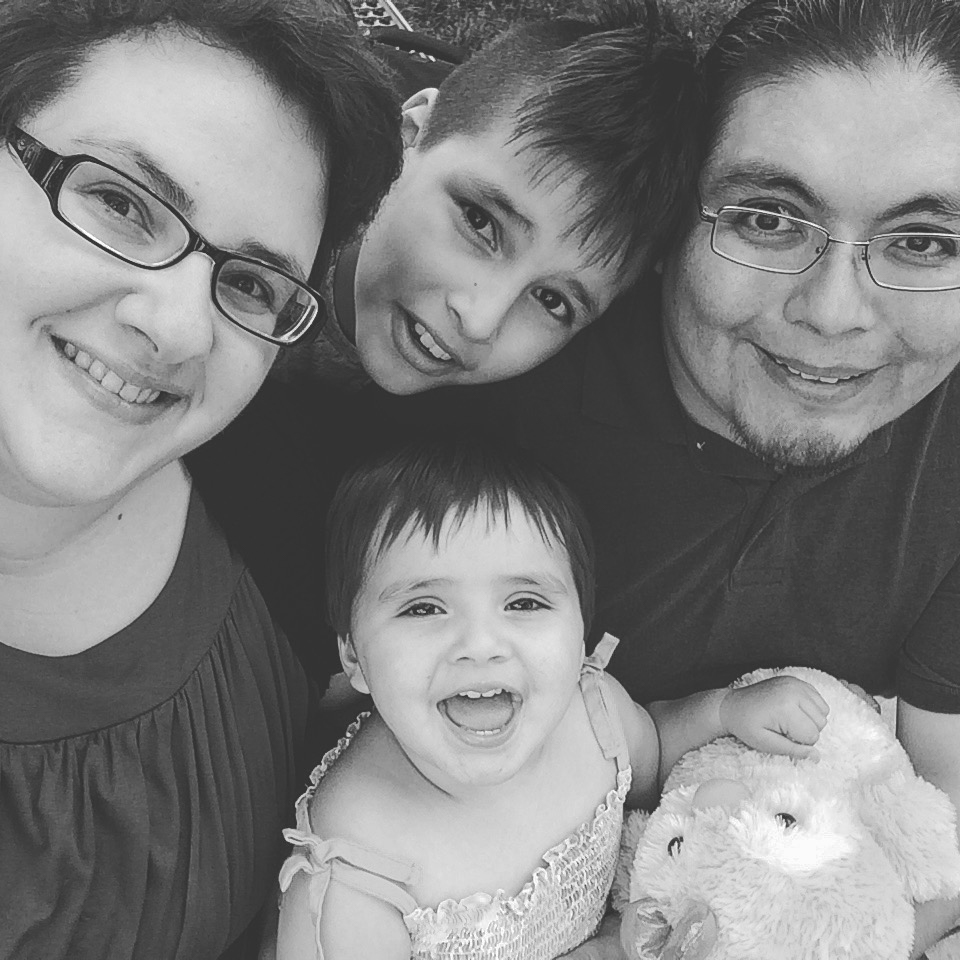 I was more concerned about diabetes, not cancer. Being Native American, coming from the Zuni people, we are predisposed to diabetes. Cancer was the last thing on my list of health issues to watch for. My advice to young people is to seek doctors who will listen to your complaints – both physical and mental – and who will help pinpoint and find solutions to the problems. You have to be your own advocate. You have to listen to your body and you have to be aware of what’s happening in your mind. – Alan Natachu

A visit to an urgent care over a holiday is no one’s idea of a celebration. Thanks to staff changes around holiday celebrations though, the timing saved Alan Natachu’s life. 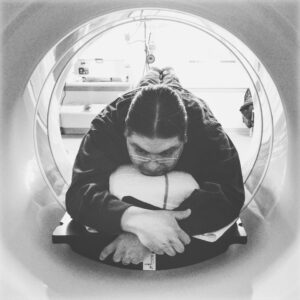 After visiting doctors for maladies of constipation, intermittent blood in his stool, belly pain, and constant fatigue, Alan Natachu was advised to eat more fiber, drink more water, incorporate more exercise, take laxatives and use hemorrhoid medications. At 35-years-old, colon cancer wasn’t considered a culprit. After three years of attempted doctoring, on an odd stroke of luck, he visited the hospital over a holiday and presented his troubles to the right doctor. A physician happened to be filling in, and she listened to his story with his current report of pain and no bowel movement for days. She immediately ordered a colonoscopy.

That test changed and saved his life. A substantial tumor blocked his colon near his rectum and cancer was noted in nearby lymph nodes. The doctors diagnosed him with stage III colon cancer in January of 2016.

Over the course of one year, colon cancer took over Alan’s life and that of his wife and their two children. Radiation, chemo, surgery, chemo, and more surgery. It rocked the family but also congealed them and made them stronger. One factor that never wavered in their world was the shared superpower that allowed them the strength to endure the battle and life afterward – love. Alan hopes his family’s story helps other young families as they courageously stay afloat in uncharted, rough waters of cancer survival. Raising a young family is exhausting without cancer. Add cancer’s physical toll and the anxieties that come with it, and that exhaustion can feel paralyzing for everyone. Forced into survival mode,  family members tend to reach for salvation where they can get it.

Alan’s family was no different. His wife Amandalynn, a professional photographer, coped through her lens, documenting the journey. They quickly learned of opportunities for support. Eleven-year-old Dmitri joined a support group for children at an organization called Gilda’s Club in Madison, WI where they live. MediKidz comic books helped educate and normalize the process for Dmitri as well. Two-year-old Astraea was scared of dad’s bald head, so Alan wore hats around her. Doctors made the process less frightening for the kids by allowing them to play with ostomy gear. Everything changed, but the base note of love stayed strong and permeated the whole ordeal.

Life at home morphed into a new normal reality with dad convalescing. Mom grew exhausted from juggling kids, her business, and the stress of it all, but dad was in the living room most of the time which allowed for accessible, intentional family time. And togetherness was the salve that neutralized the pain and fear. The family took advantage of the healthy, more energized times between treatments with intentional weekend getaways to recharge their joy-reserve. With chemo-infusions and ostomy supplies along for the excursions, cancer had more luggage than the humans, but it was luggage that was saving dad’s life, so room was made.

Nine months into the journey, Alan endured his last chemotherapy treatment. One year after that life-altering trip to urgent care, his intestines were reconnected and his body was working better than it had in years.

Now, it’s been five years without any sign of disease.

For a patient and family, taking on any cancer is daunting. But during and after the mission of conquering cancer, much like on a real-life battlefield, the mental health wounds can be complicated in their healing process. 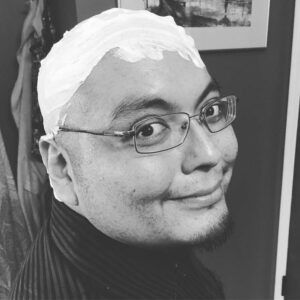 The adventure of cancer is a unique mental obstacle course. Depression, survivor’s guilt, the weight of being the cause of family stress, the worry and anxiety around outcomes… so many factors add to the maelstrom of thoughts swirling in the mind of the patient. For Alan, the experience opened his eyes to the world of colon cancer but it also opened his eyes to the world of mental health as it relates to cancer:

A longtime advocate of his own mental health, coping mechanisms in place from the past were not helping the symptoms related to and resulting from colon cancer. He searched for successful therapies and did not stop until he found one that worked. Alan remembers:

“While dealing with cancer, you can start going into depression, and this is something people should look out for. Ultimately, I ended up taking time off of work to focus on bringing myself back mentally after I was on my way back physically. DBT (dialectical behavior therapy) has been incredible for me. It’s really helped pull me out of the dark moment.”

Cancer is an uninvited visitor to any family. For a young family with young children, it gets even more complicated. Resources are available – resources like Gilda’s Club for children and online and in-person support groups for spouses as well as the patients themselves. The key is for everyone to go all in.

“My wife and my family have been instrumental in helping me in my journey. They have been with me throughout the entire process. They’ve seen my highs and lows. They’ve been my anchor as I’ve been going through cancer treatment and going through mental health recovery. “

Alan and his family might not have had to deal with his cancer at such an advanced level had the medical community looked more curiously at his symptoms rather than advising diet and lifestyle changes for three whole years. There is no changing the past, but Alan is determined to impact the future. Dedicated to raising awareness of colorectal cancer among young adults, he’s a vocal advocate for early screenings and he’s passionate about spreading awareness of mental health as it relates to cancer treatments.

I was fortunate to happen upon a doctor who was willing to advise a colonoscopy. I’m so grateful it was a holiday and I just happened to be forced to see someone who had never been a part of my case in the past. She saved my life.”

And now, five years cancer-free, he’s doing his part to save the lives of others.

For a photographic diary of Alan’s colorectal cancer experience visit @teamnatachu on Instagram. 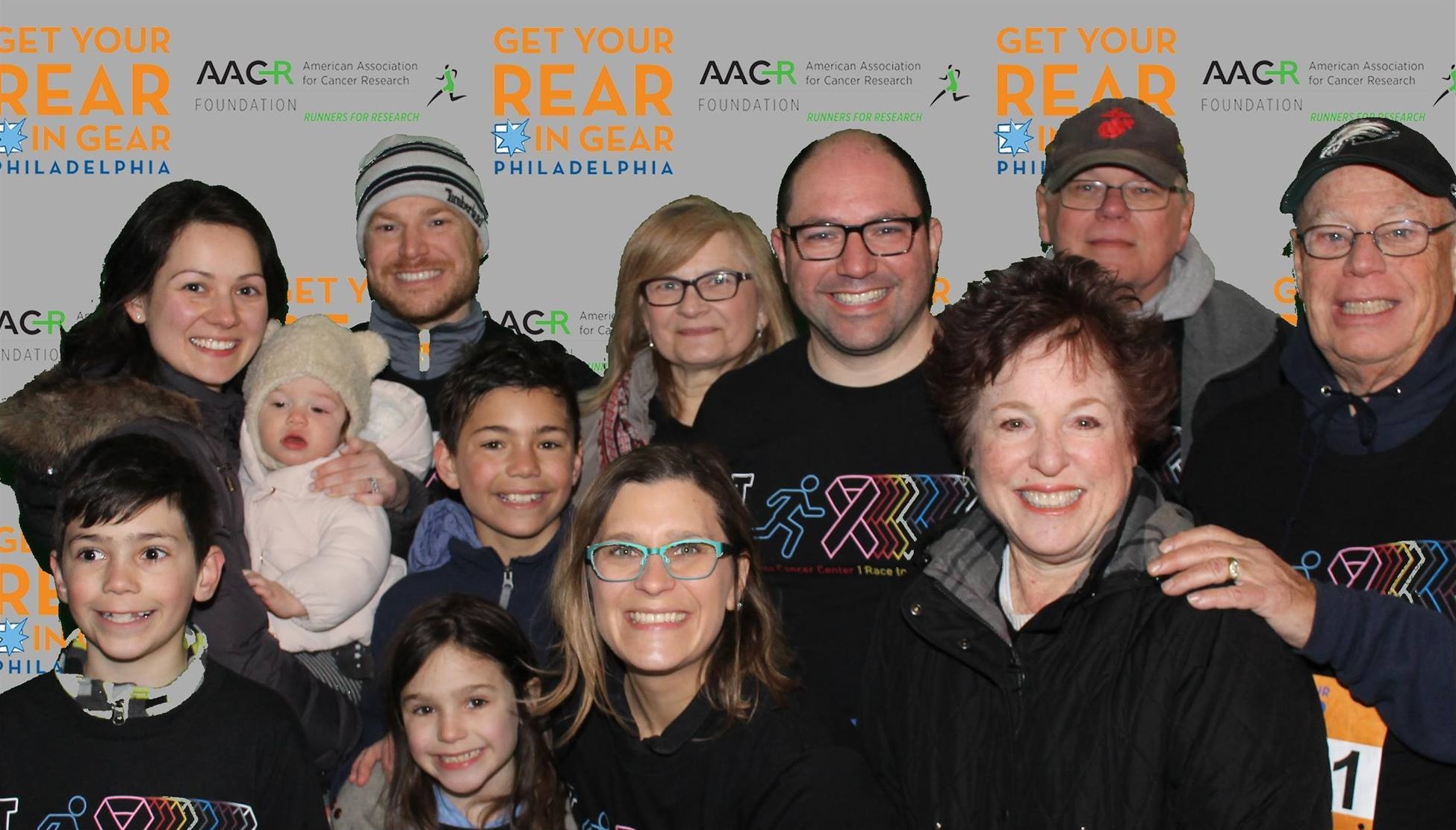