‘I Got You, Mom’; Carolina Panther Gives Shout Out to Colon Cancer Coalition in Honor of His Mom 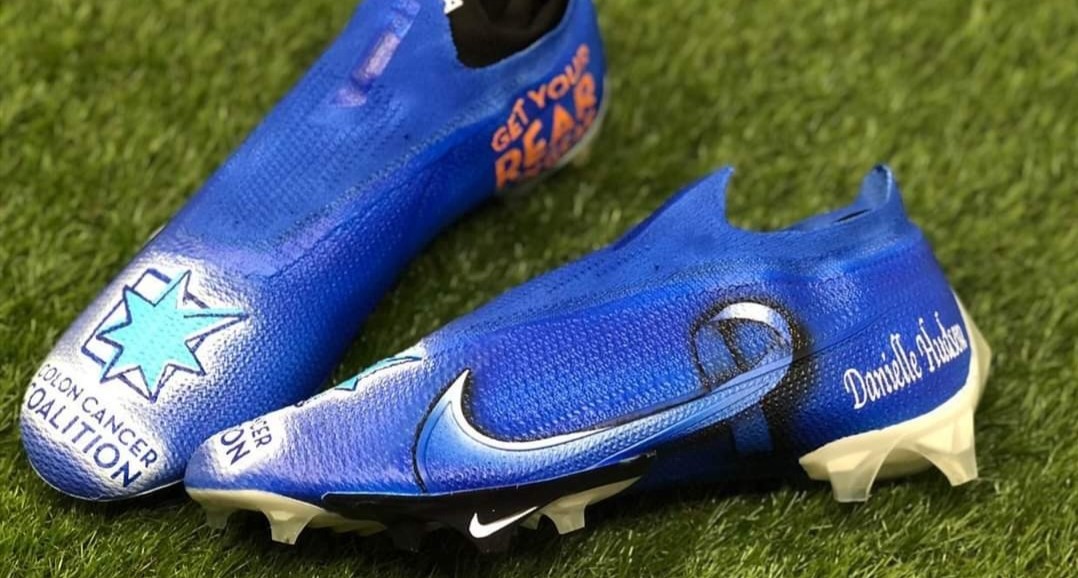 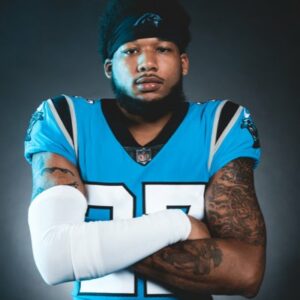 There’s no denying it: Kenny Robinson, defensive end for the Carolina Panthers, is a mama’s boy. “She’s everything to me,” Robinson told the Players Tribune in April 2020.  And in February 2019 during Kenny’s sophomore year at West Virginia University where he played football, he lived through every son’s worst nightmare. At the age of just 44 and following her second stroke, Kenny’s mother Danielle was diagnosed with colon cancer.

The diagnosis blindsided him and the entire family. Schoolwork suffered and a poor decision to have a friend complete an assignment led to Kenny’s expulsion from West Virginia for academic dishonesty following the spring football season. At the time Robinson didn’t consider what it meant for him; he was only worried about how it would affect his mom, her treatment, and the rest of the family.

“My mom means the world to me,” he tells us. “She’s the woman [who] took care of me and did whatever was needed to make sure me and my siblings were happy. Her [colon cancer diagnosis] hurt me to the core.  I decided to use the emotions of pain and sadness and direct them to working on making myself better, to do whatever it took to make sure my family was taken care of.” 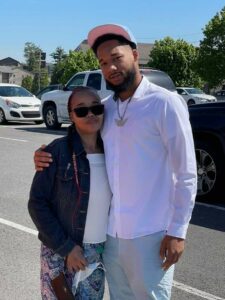 Robinson with his mom, Danielle

Instead of returning to college and the traditional path to the NFL, Kenny signed on with the XFL. Aside from compensating players still pursuing their education, the XFL also assisted its players in completing their degrees (a non-negotiable for Danielle). After being drafted by the St. Louis Battlehawks, Kenny sent his first paycheck home to help his family.

“I got you, mom.” was the message he included with the money transfer. 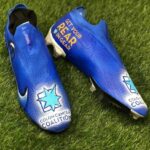 After a successful XFL season, Robinson was drafted by the Carolina Panthers in 2020, the first XFL player to make that transition. And in 2021 Kenny sported custom Colon Cancer Coalition cleats for the Panther’s #MyCauseMyCleats game. While he didn’t take the field during the game, he says it was “still a blessing to be able to represent my mother’s name and the cause” on the powerful NFL stage.

Today Danielle is surviving and thriving following her colon cancer treatment; and while other health problems exist, Kenny reports that things are “overall good.”

The message he hopes others take away from his story is “anything that is worth something in life is going to be hard to reach, so when you are hit with obstacles just keep fighting and working through whatever the situation is.” Robinson is definitely doing that, and being a pillar of strength for his mom along the way.

And yes, the Colon Cancer Coalition is based in Minnesota (deep Vikings Country!), so we could appreciate that Robinson’s first game as a Panther was against the Vikings. And yes, he picked up a blocked punt to score his first NFL touchdown. “That touchdown felt so good,” Kenny explained. “Just a blessing overall being able to have the opportunity, and to do it at home in front of the home crowd was even better, definitely a dream come true.” We’ll try not to hold it against him!

We are happy for you and your family, Kenny. Thank you for sharing your story, and raising awareness with your cleats. We truly appreciate the support!

THAT’S WHAT WE TALKIN BOUT!!!@frankluvu7@krob2__ 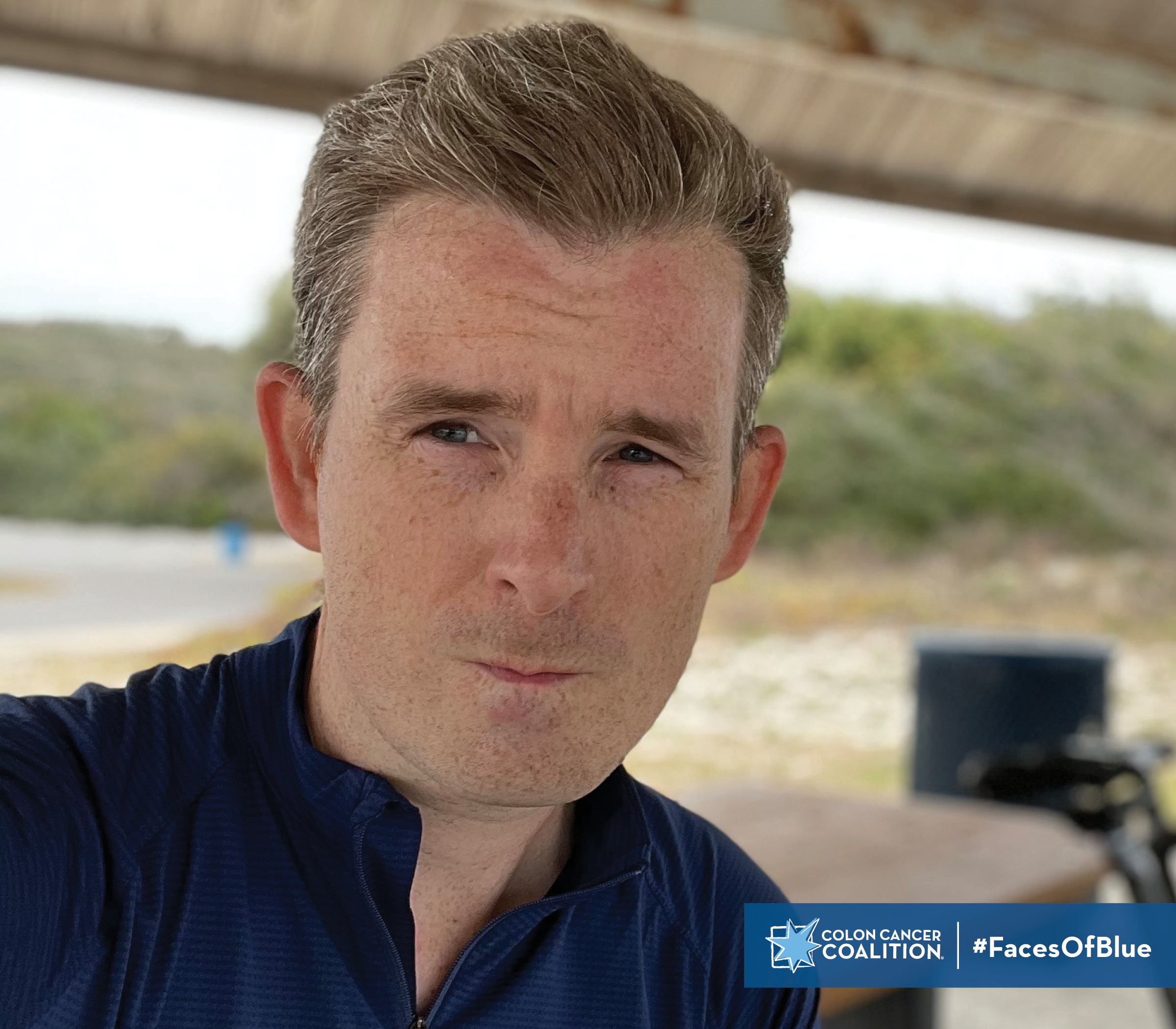