By Annelise RittburgMarch 17, 2022Faces of Blue 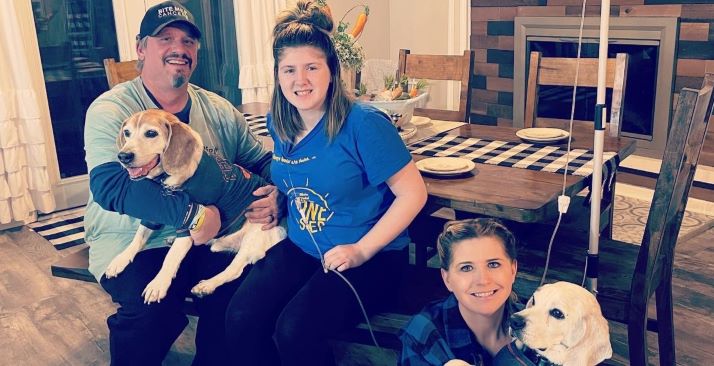 In many ways, Haley Mihajlovich is your typical high school senior – she spends lots of time with her boyfriend, plays video games on her PS5, and loves playing basketball. She loves watching football with her dad, especially her favorite team, the Pittsburgh Steelers.

But a few years ago, Haley started to have a lot of GI issues from dry heaving, vomiting, diarrhea, and abdominal pain. Her parents Serena and Larry were concerned, because Haley was otherwise healthy. Over the next several years, they brought her to the pediatrician, urgent care, and even the ER for her symptoms. They always got the same answers; the symptoms were caused by a combination of stress and IBS and there was no cause for greater concern.

Last summer, the vomiting and diarrhea were getting worse. Serena asked for a referral to a GI doctor but the pediatrician would not refer Haley because they said she was “young and healthy.”

Haley was adopted and because of this, most of her genetic medical history is unknown. Serena and Larry, however, knew that the symptoms their daughter was experiencing were more than just IBS. Serena did her own research and found a GI doctor who could see Haley in a month.

In the meantime, a stool sample submitted to Haley’s primary doctor revealed blood in her stool and a CT scan showed hazy areas in her stomach. From then, it took another month to finally get Haley a colonoscopy and endoscopy. The doctor told their family that he didn’t expect to see anything abnormal in the procedure and they were mostly doing it to rule out anything serious. 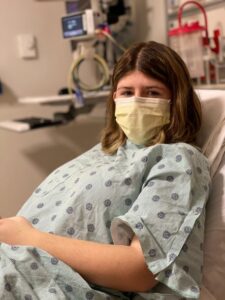 The results of her colonoscopy and endoscopy showed that Haley had been living with hundreds of polyps in her colon and stomach, and a tumor in her rectum. The doctor who performed the colonoscopy reported to Serena that he hadn’t seen anything like it since medical school. After a biopsy and genetic testing, Haley was diagnosed with cancer and a genetic condition called Familial Adenomatous Polyposis (FAP). The doctors now say that it is likely that Haley has been living with cancer since age 14.

After the cancer diagnosis, things began to move very quickly. Haley moved to doing school online and started radiation and chemotherapy. Though the family lives in Indiana, they were referred to a medical team at the University of Chicago who are more familiar with treating FAP. The Mihajlovichs are incredibly grateful to their team at the University of Chicago, who they say have gone above and beyond in treating Haley.

Through everything, Haley has maintained a positive outlook. Haley is autistic, and Serena says that since she was a baby Haley has been very loving and eager to please the people around her. Of course, Haley has bad days as expected. There are some mornings where Haley is too weak to get out of bed, and her ability to leave the house is restricted because she has a high risk of catching a serious case of COVID. Even a cold could land her in the hospital, and now she spends most days of the year going to doctor’s appointments. Despite all of this, Serena says that Haley hardly ever complains. 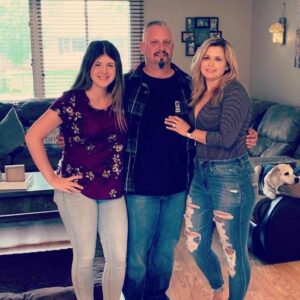 Haley’s positivity helps lift the whole families’ spirits. Serena and Larry describe their daughter as a “true warrior.” The Mihajlovichs have always been close, but this journey has brought them closer than ever as a family.

Soon, Haley will have a total proctocolectomy with ileostomy to remove the colon, rectum, and anus. They will also be removing around 40 lymph nodes. She will return to the doctor every six months to a year for scans for the rest of her life because her FAP puts her at a higher risk of developing other cancers.

Cases of pediatric cancer like Haley’s are on the rise. Despite this, Serena had to advocate relentlessly for years for Haley to get the necessary testing to detect her cancer. She encourages other parents, saying “You know your kids, and you know when there is something wrong. Even if the doctors aren’t listening, keep pushing for tests.” Serena hopes that there will be more research done on both pediatric colon cancer and FAP.

Haley has an amazing support system in both of her parents and her two dogs that she loves, Buck and Apollo. Right now, Haley has her sights set on graduating high school later this year. After graduation, she plans to work with kids in a school or daycare.