By Annelise RittburgMarch 29, 2022Faces of Blue 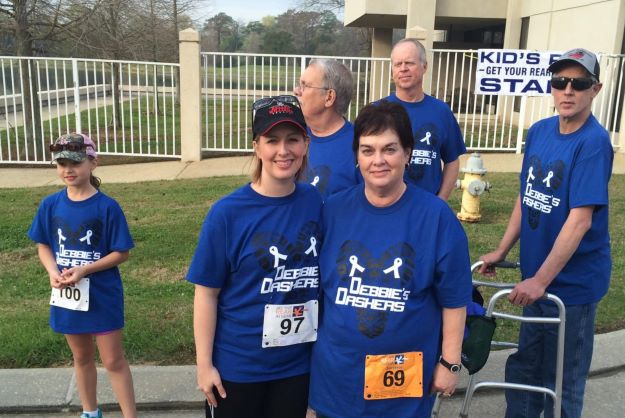 Kelli Wascom’s mother Debbie was always there for her growing up in Louisiana. She ran an in-home day care for the kids in the neighborhood and chaperoned church youth groups and summer camps. She was a steady presence and dedicated mother.

When Kelli went off to high school, Debbie got a job as a phone operator at the local hospital, where she made new friends and found a new way to occupy her days. But Debbie’s health began steadily declining. She started missing work and eventually lost her job for taking too many days off. She was always too busy worrying about other people and her own health often took the back burner, but losing her job forced Debbie to acknowledge that something was clearly wrong. Blood test results showed that she was anemic, and the doctors wanted to investigate further with a colonoscopy.

Kelli went with her mother to the colonoscopy appointment, where she was called back by Debbie’s doctor while her mother waited in the recovery room for the anesthesia to wear off. The doctor gently told Kelli that the colonoscopy revealed two masses in Debbie’s colon and she would need to undergo surgery; she had stage III cancer. 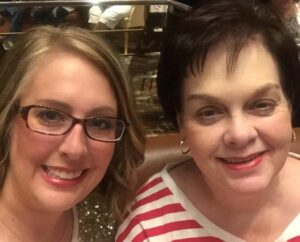 Kelli was there for that first appointment, and continued to be a primary caregiver for her mother throughout her journey with cancer. Kelli’s father worked a full time job and could not drive Debbie to appointments during the day. Thankfully, Kelli’s job as a real estate agent allowed her the flexibility to be there for her mom in the same way that Debbie had been there for Kelli all through her childhood. When Debbie had her first surgery to remove the masses in her colon, Kelli brought her laptop to the hospital and did the work she needed to do by Debbie’s side. After recovering from surgery, Debbie underwent chemotherapy treatment and the cancer went into remission.

Eventually, though, the cancer came back. Around the same time, Debbie started experiencing chest pains and went to the hospital. They told her that she had suffered multiple heart attacks. Her the doctors initially did not want to operate because they said that “the cancer would kill her before her heart gave out.” Acting as an advocate for her mother, Kelli pushed back and said that Debbie was strong enough for surgery and she deserved every chance that she could get at being healthy and around as long as possible with her grandkids. They performed heart surgery with multiple bypasses.

In 2016 Debbie lost her home to a flood, and her cancer continued spreading. Kelli realized that they may not have much time left. Debbie’s lifelong dream was to go on a cruise, so Kelli immediately booked tickets. 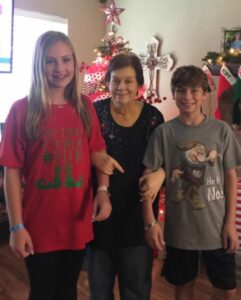 The two of them went on a cruise from Louisiana to Cozumel on a huge Carnival ship. When they boarded the boat and Debbie saw their room with its balcony, she kept saying “I can’t believe it, I can’t believe it.” Even though she was excited about the trip, Debbie was in poor health and concerned about her ability to handle the cruise. Kelli had arranged everything including a motorized scooter to use around the ship. The two of them got to have quality, uninterrupted time together – no work distractions, no cell phones, no kids to look after. They talked about life and Debbie’s hopes for Kelli and her grandkids. Both of them knew that Debbie didn’t have a lot of time left. After her death, Kelli still had some of the clothes Debbie wore on the cruise and had them sewn into a quilt to remember their special trip together.

In 2017, Debbie’s cancer spread to her liver and her health took a sharp turn for the worst. In October, they organized an early family Christmas. They put up a tree, invited all the family over, and baked chocolate chip cookies and peanut butter balls. Kelli is grateful that her children got to have one last special Christmas with their grandmother.

Shortly after, Debbie entered hospice care. Kelli applauds the hospice caretakers who were amazing, helping prepare them all for Debbie’s final days. “I can’t speak enough praise for how they made her comfortable and helped prepare us when it was time for her to go.” Debbie died the way that she wished – with her husband, Kelli, and her brother in the room with her. 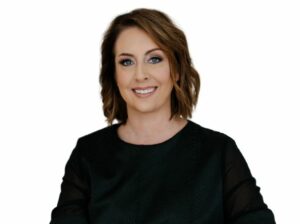 Throughout Debbie’s last years, Kelli was a strong advocate and patient caregiver. She wasn’t always sure what the best thing to do was, but it was important to her that her mother have as much dignity as possible. During the final stages of her cancer, Debbie would lose control of her bowels in her bed or in the tub. Kelli was there to clean her up and help her be comfortable. “She raised me, changed my diapers, and cleaned me up as a baby,” Kelly says, “I am lucky that I got to be there for her as well.”

Kelli encourages other caregivers to keep a journal to help work through feelings and hold onto all the memories. Six months after Debbie died, Kelli also lost her father. She knows how important and precious those last days with a loved one can be, especially a parent. “Take the pictures,” she says, “Go on the trip.” 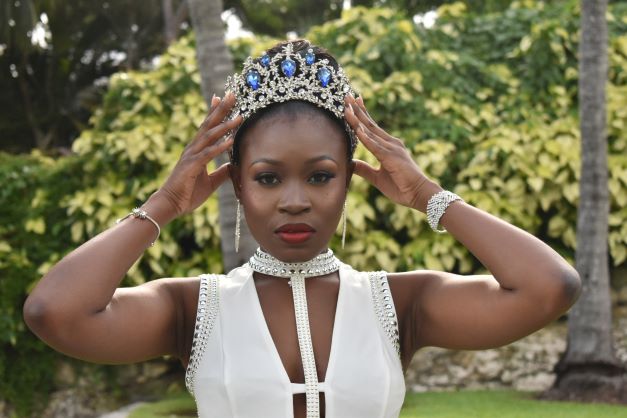