Change in Leadership at the Colon Cancer Coalition 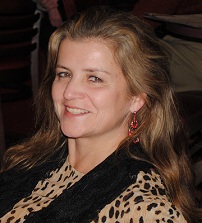 MINNEAPOLIS (January 14, 2014) — With gratitude and thanks, the Colon Cancer Coalition announces the resignation of President and Founder, Kristin Lindquist. Effective January 6, 2014, Lindquist stepped down as president of the organization; she remains a board member and volunteer. During her tenure the Colon Cancer Coalition grew from a single Get Your Rear in Gear Run/Walk event in Minneapolis, MN in 2005 to nearly 50 annual events and benefits with partners and volunteers across the country, investing over $2.5 million in local communities for colon cancer education, screening and support programs.

In her letter to the Coalition’s board of directors Lindquist stated, “The founding of the Colon Cancer Coalition was the most important thing I have done. To take the dream of a dying sister and make it reality is breathtaking and everlasting. No longer are the words colon cancer and colonoscopy, or talk of our nation’s number two cancer killer taboo. We have made great strides, and I feel proud to have been a part of the Colon Cancer Coalition and helped bring about this change.” 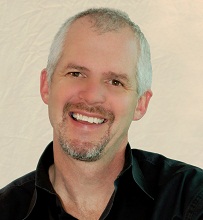 Jeff Smedsrud, a founding board member of the Colon Cancer Coalition, has been named chairman of the board. Anne Carlson remains executive director. “I am excited and encouraged,” said Lindquist. “Both Anne and Jeff exemplify dedication that comes from their hearts as survivors of cancer. They share a passion to grow the organization.”

“We thank Kristin for her vision 10 years ago to start an organization dedicated to the education and screening for colon cancer,” said Jeff Smedsrud. “I am excited to take the organization she started and work with Anne Carlson and the staff to continue its growth into the future.”

A colon cancer survivor himself, Jeff Smedsrud was diagnosed in 2003 at the age of 44. Promoting colon cancer awareness has been a passion for him ever since. He has run marathons throughout the world, including all seven continents. Smedsrud is the president of HealthCare.com, Inc. and serves on the board of several regional health care organizations.

2014 will be an exciting year of growth and change for the Colon Cancer Coalition. A new logo and website will be rolled out in February and the Coalition looks to host over 45 Get Your Rear in Gear events (a 25% increase over 2013), including ten new host cities and several returning events.

Take a Stand for the Can!

Take a Stand for the Can!