Life with MAP: Becoming My Own Advocate 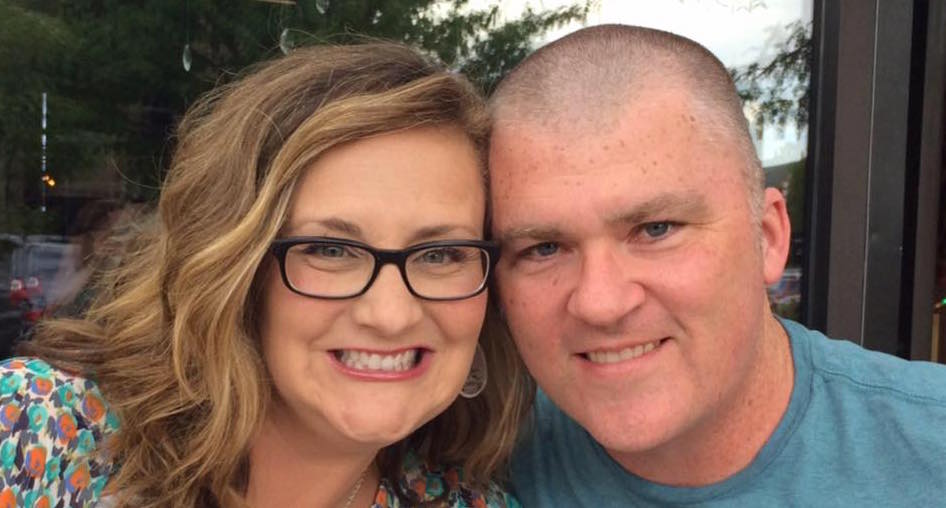 February 29 is Rare Disease Day. To help raise awareness on this day, Stacey Wilson is guest blogging about her experience as a MAP survivor, and the importance of genetic testing. There are three hereditary syndromes associated with colorectal cancer: Familiar Adenomatous Polyposis (FAP syndrome), HNPCC Syndrome (Hereditary Nonpolyposis Colorectal Cancer), and MAP Syndrome (MUTYH-Associated Polyposis). MAP was identified in 2002, and is believed to account for 1% of all colorectal cancers.

June 11, 2013 was my last day of chemo, and the last time I would actively fight cancer – or so I thought.  I was so thrilled to be done! Though I handled treatment pretty well, I longed for having my energy and strength back so that I could carry my kids up the stairs without being exhausted, for the feeling in my feet and calves to return, and for being able to taste food!  And yes, I wanted my hair to fill back in! But there was still one thing that always lurked in the back of my mind, and I would wager to say in the back of any cancer patient’s mind – why? Why did this happen? Did I eat too much crap? Not work out enough? Was it the chemicals from growing up on a farm for a decade? When my amazing nurse navigator and oncologist both suggested I talk to the genetic counselor at Franciscan St. Francis, I was on board.  After all, I had no family history of colon cancer, so my diagnosis had been a giant smack in the face for our whole family. I was hopeful we would get some answers!

At our first meeting, genetic counselor Morgan Dally explained that 5-10% of all cancers are inherited.  When I heard this, I thought that it was all well and good, but NO ONE in my family had early onset colon cancer. She mentioned inherited dominant disorders like FAP, or Lynch Syndrome, where you would likely have a parent with the same condition who passed it onto you. She further explained that there is also an inherited recessive disorder for colorectal cancer called MUTYH – Associated Polyposis.  Essentially, both of your parents carry the mutant gene and could be symptom free, but they then pass that gene onto you.

I found our meeting very interesting, and agreed to have the genetic testing not only for myself, but for the sake of my girls, who were 4 and 6 at the time. Morgan did make one thing very clear though, we could run the ColoNext Panel, which analyzes 17 genes associated with increased risk for colorectal cancer, and still have the test come back inconclusive. In fact, she was preparing me for this. Regardless, I lifted my sleeve and gave my sample that day in August of 2013.

Fast forward to November 2013.  I received a call from Morgan explaining to me that they found
mutations on both copies of the MUTYH gene, which meant I officially had MUTYH-associated polyposis (MAP). At that time, MAP accounted for .7% of all colorectal cancers, so both Morgan and I were in shock.  I was her first MAP patient.  Once it all settled in, I realized I was actually relieved for this diagnosis.  I know that seems crazy to most people – especially my loved ones who so badly wanted this to be a random, one and done cancer. But to me, this meant ANSWERS! And better yet? It meant a game plan. I could do all of my research and gather my questions and figure out how to stay ahead of it.

As mentioned above, MAP is a recessive inherited disorder, so that would explain why I was the first 35-year-old in our family with colorectal cancer. It simply meant that both of my parents were symptom-free carriers who passed a mutated gene onto me. In layman’s terms, these mutations are on my “repair/fixer” gene, which usually kicks out the bad cells as they form. Unfortunately for MAP patients, they don’t kick out the cancer cells, increasing our lifetime risk for colorectal cancer to 80% (and there may be slight increase for other cancers too, specifically duodenal). In the normal population, it can take up to 8 years for a polyp to become cancer. In a MAP patient, it is estimated to become cancer in 1-2 years. My first goal was to learn how to best stay ahead of these fast-growing pre-cancerous polyps!

I started contacting all of my trusted doctors – my gastroenterologist, my surgeon, and my oncologist.  They were all surprised to hear of a confirmed MAP case as well.  Yes, I would be their first, too. In talking to them, they admittedly knew very little about MAP.  I asked how often I should have a colonoscopy (I was willing to do it 2 times a year!) and what else I could do to stay ahead of these polyps.

We talked about annual colonoscopies, but thought maybe the right answer was a total colectomy.  As soon as the mention of removing my entire colon came up, I realized I had to look much further for guidance.  It seemed drastic for now. I continued with my research, but there really wasn’t much out there.  What I could find was very technical, and some studies were quite dated. What did seem clear is that most MAP cases present with tens to hundreds of polyps.  I had only ever had 3 to 5 colon polyps, and a couple benign stomach polyps removed annually. I was perplexed – why was some of my case textbook MAP (like stomach polyps and quick growing cancer), but other aspects not at all (like the small number of polyps found).

Luckily, I knew another genetic counselor who I could reach out to on a more personal basis. She explained to me that there is a still a lot to be learned about MAP since not all patients elect to have genetic testing.  I told her that my research led me to believe MD Anderson was a leader in colorectal cancer research, and she confirmed that it would be a great next step for me.  Before long, I found my guy, Dr. Eduardo Vilar-Sanchez.  Dr. Vilar-Sanchez focuses on studies of genetic syndromes predisposing patients to the development of polyps and colorectal cancer.  I filled out an online form, and before I knew it, I had an appointment at MD Anderson!

Armed with information, medical records, and my mom, I made the trek from Indianapolis to Houston to meet this specialist.  Dr. Vilar-Sanchez had reviewed my case and took time answering my every question. He agreed with the treatment I was given for my cancer, and looking forward, he thought that an annual colonoscopy and an upper GI were the best way to stay ahead of it.  Because the polyps grow so fast in an MAP patient, he explained that a procedure called a chromoendoscopy would provide even more assurance.

During a chromoendoscopy, the doctor sprays a blue vegetable-based dye into the colon, allowing them to see detail that could be missed with the naked eye.  Lastly, he concluded that my polyp burden is so low right now, that a total colectomy would not be the answer at this time.  Music to my ears, as I kind of love the 3/4 of the colon I have left, and would hate to say goodbye at this point in my life!

Luckily, I live in a large city where I have so many healthcare options. Because none of the beloved doctors who initially treated me were proficient in chromoendoscopy, they helped me locate one at Indiana University Health just 10 miles away.

November of 2015 marked 3 years since my cancer was removed via surgery. This June will mark 3 years post-chemo.  While having MAP was never on my radar, I am thankful for the advances in science that allow me to stay on top of this for my health and for that of my family. My mother tested positive for a carrier gene, so we can assume that my father was a carrier as well.  Thanks to science, we also know that each of my girls are at least carriers, so they have an increased risk for colon cancer as well. As their mother, I can promise you they will start their colonoscopies around age 30, if not sooner depending on my husband’s genes.

We are fortunate to live in an age where there are medical management guidelines for individuals with hereditary cancer that are aimed at early detection and prevention of cancer. For those with hereditary colon cancer, colonoscopies begin at an earlier age, and are done more frequently in an effort to prevent cancer from ever happening. Sometimes there are other risk-reducing strategies that patients can consider as well. If you are young and have been affected by cancer, I would encourage you to look into genetic testing. There is still a lot of work to be done in this field, and unfortunately not all patients go through genetic testing. Science can only learn more if they have more.

I know a lot of people look at genetic testing and think, “What good does it do to know? I can’t change it and now I will just worry more.” Instead, I say think of it as an opportunity to arm yourself with a game plan for the best care possible to stay ahead of cancer. If not for you, for your family members. If you’re not going to be your own advocate, who will? 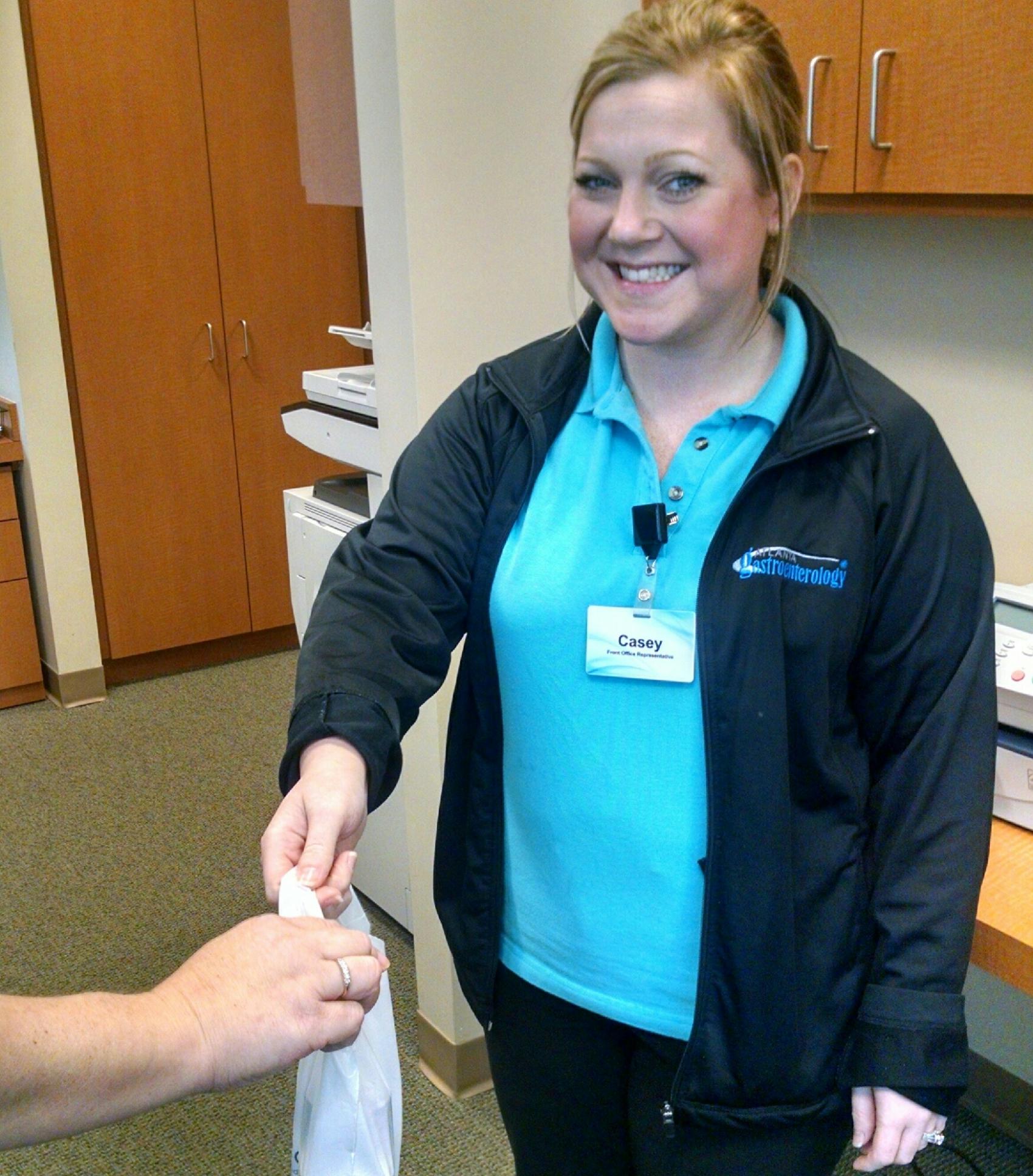